Megan Skaggs (’16) graduated from WKU as a double major in international affairs and English. She was drawn to WKU by the Mahurin Honors College, as well as the Office of Scholar Development, both which she said felt “open and personable.”

During Skaggs’ sophomore year, she studied abroad in Guatemala for six weeks. Through an internship, she was able to work as a tutor and earn class credit while abroad.

She said, however, the study abroad trip wasn’t even one that WKU was offering.

She found the internship on her own and asked the Office of Scholar Development (OSD) if it would be possible. She says without their help and support the trip wouldn’t have happened. She earned a grant through OSD to fund the trip.

This past year, after Skaggs graduated from WKU, she earned a Fulbright scholarship to go back to Guatemala, this time to a small town called Esquipulas. While there, she worked with students through an English Access Microscholarship program, which is similar to an English as a Second Language (ESL) program.

Through this program, Skaggs taught leadership skills and English to disadvantaged students. While in Guatemala for the second time, Skaggs also worked with non-government organizations in the community for community initiatives such as health, education and literacy. Through this work, she was able to raise money to start a library for the students. Skaggs says she has a friend still in Esquipulas and is hoping to help her continue to develop the library.

Skaggs was the first Fulbright scholar to go to Esquipulas, Guatemala. She describes her time there as “a learning experience.” She was in Guatemala from January until November 2017.

While she had too many “favorite” honors experiences to name, Skaggs said the support from everyone on the honors staff was overwhelming throughout her time as a student. Even when she had different and unique ideas, she said everyone was always willing to help her chase her dreams. Freshman year, she never dreamed she would receive a Fulbright scholarship, but with the help of the Mahurin Honors College and OSD Skaggs was able to successfully achieve that dream.

While Skaggs is adjusting back to being in America well, she is using her open time to get involved and apply for graduate programs. She is hoping to get her master’s degree in international education development and someday work for a non-government organization with education, as well as continue traveling with her job. She is currently helping with an ESL program at her church, North Bowling Green Church of God. Skaggs is also involved in the Young Alumni Council at WKU. 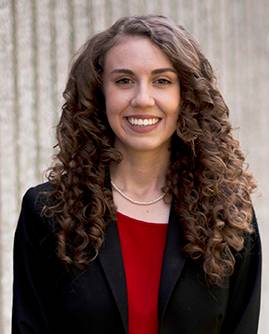