History of the Dixie and Peter Mahurin Honors College at WKU

On January 27, 2017, the Board of Regents voted to name the honors college the Dixie and Peter Mahurin Honors College at Western Kentucky University (WKU). The naming of a college is an important milestone in the development and maturation of any institution. As the oldest honors college in the Commonwealth of Kentucky, with an outstanding statewide reputation and a growing national one, it is only fitting that the Honors College at WKU should be named in honor of the Mahurin family, whose name has been synonymous with supporting excellence at WKU and helping to create both leaders and agents of change throughout their lives.

Prior to becoming the Mahurin Honors College, an Honors Program was established at WKU in 1963 with the introduction of a freshman honors colloquia.  The original program evolved over the years, and in 1990 was renamed the University Scholars Honors Program.  A new 21-credit curriculum was introduced, including a 6-credit senior thesis and the option of creating honors augmentation contracts in non-honors, upper-division courses in the student's major.  The Honors Program, albeit small, served an important intellectual niche for students and faculty.  During the 1990s, the program evolved to include a 24-credit curriculum and a partnership with Housing and Residence Life to offer specific floors in a residence hall as Honors Housing.

In 2004, Former President Gary A. Ransdell decided to make the Honors Program a university priority with the goal of creating a destination where gifted and high-achieving scholars from across the nation come to achieve their intellectual dreams.  In 2005, Craig T. Cobane was hired as the first full-time director of the Honors Program.  That first year, there were a couple hundred scholars in the program, two Honors staff, 25 Honors courses offered, and 11 graduates of the program.  Over the next two years, the Honors Program expanded by attracting a greater number of high-ability scholars, hiring new professionals, and implementing new activities to foster a sense of community among Honors Scholars.

As a result of continued growth in academic quality, size, and overall institutionalization of the program, the Board of Regents transitioned the program into an Honors College in 2007 – becoming the first Honors College in Kentucky.  Over the next few years, the College established the Office of Scholar Development to work with high-achieving scholars on highly competitive opportunities, and partnered with academic units across campus to create the federally funded Chinese Flagship Program.  The College also took the lead in establishing the “WKU in England” partnership with Harlaxton College in Grantham, England, which has enabled nearly 1,000 WKU students to pursue life-changing international educational experiences.  The Honors curriculum also expanded to include thesis and non-thesis tracks.  Additionally, an 18-credit Honors in the Major option was added for WKU students. 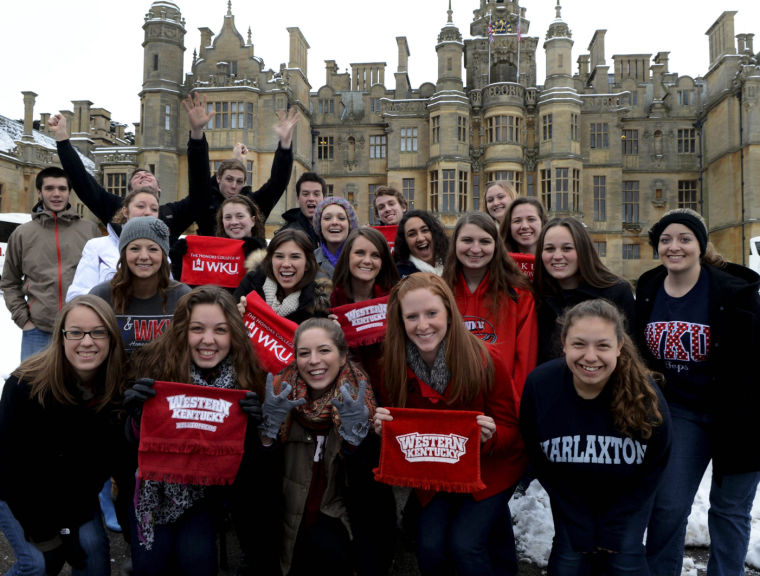 pose for a photo on January 25, 2013, before leaving on a field trip to Lincoln (Photo: Jeanie Adams-Smith)

The growth and development of a unique academic community led to a string of successes, including membership in the National Collegiate Honors Council and recognition of Lindsey (Thurman) Westerfield (English BA, 2007; MA, 2010) as the Honors Student of the Year in 2006, recognition in A Review of Fifty Public University Honors Programs, and assisting the University in being named multiple times as a Top Fulbright Producing Institution by the Chronicle of Higher Education.  The College also expanded to include an Honors College Parents’ Association, with an Advisory Council as the Association’s leadership body.  The College also hired its first tenure-eligible Honors faculty.

On January 27, 2017, the Honors College was named in honor of Dixie and Peter Mahurin for their legacy of support for gifted education at WKU.  The Mahurins are both WKU alumni whose philanthropic and leadership support to WKU spans more than four decades. Peter was an organizer of the WKU Foundation and served on the Foundation for eight years, four as chair.  Dixie is a longtime WKU employee in student athletic advising and is a founding member of the WKU Sisterhood, which has contributed hundreds of thousands of dollars to WKU.

Today, the Mahurin Honors College serves over 1,300 scholars, includes 14 administrative professionals and 7 faculty, offers over 250 Honors courses, and graduates over 200 scholars annually.  The average incoming ACT/SAT score for freshman is 30/1300, ranking the College in the top 3% of the nation.  The College continues its mission to attract the nation’s top students to WKU and to provide the intellectual and social community of a private liberal arts college combined with the diverse expertise of outstanding faculty and research facilities of a large public university.

As scholars enter the Honors College/International Center's Schroeder Commons for the first time, lettering on the second-floor balcony cements the University’s vision statement, “a leading American university with international reach,” as a permanent reminder of the continued growth and perspective the Mahurin Honors College seeks to provide.

For more information about the history of the Dixie and Peter Mahurin Honors College, please see our timeline. 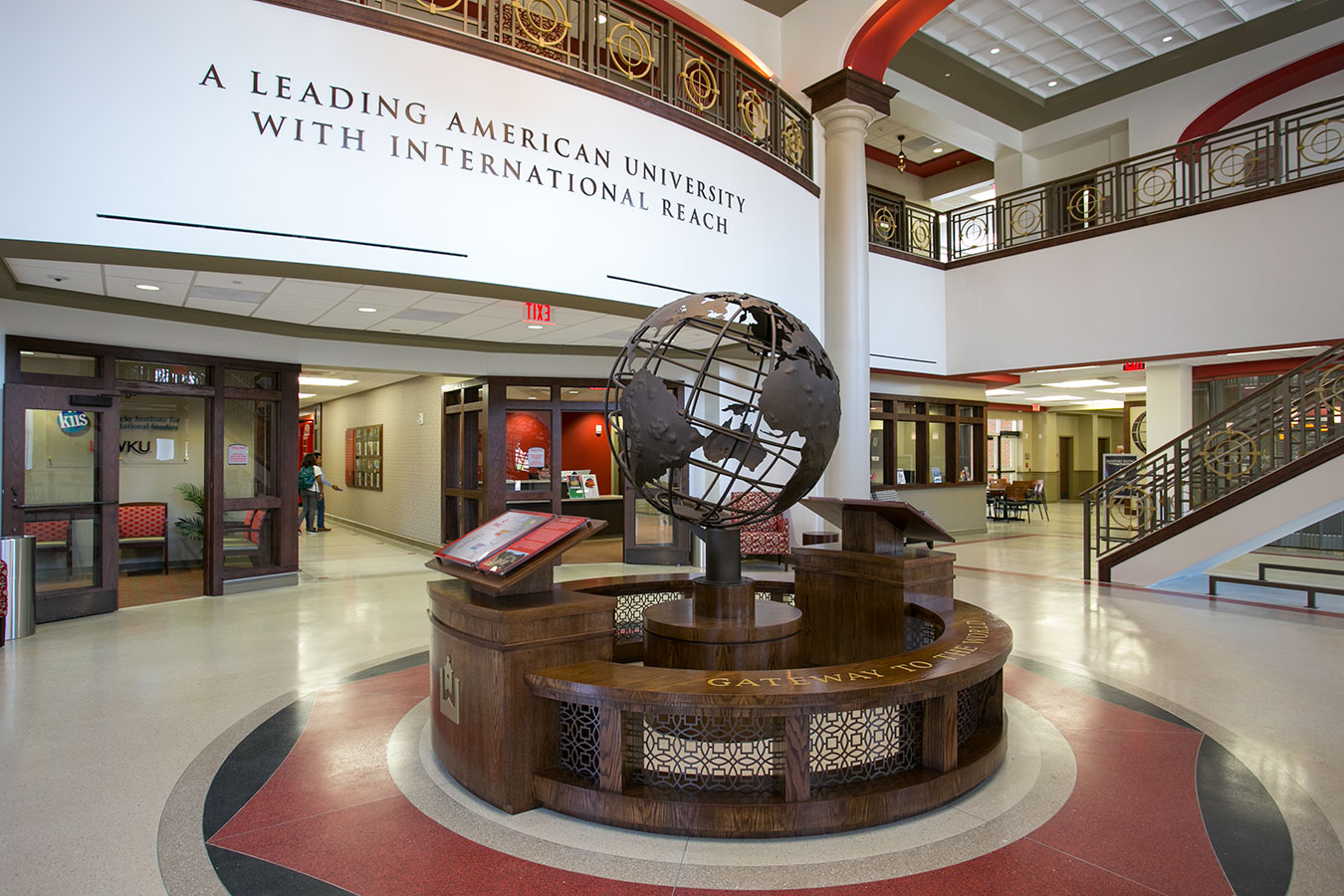 The Schroeder Commons serves as a permanent reminder of WKU’s vision.