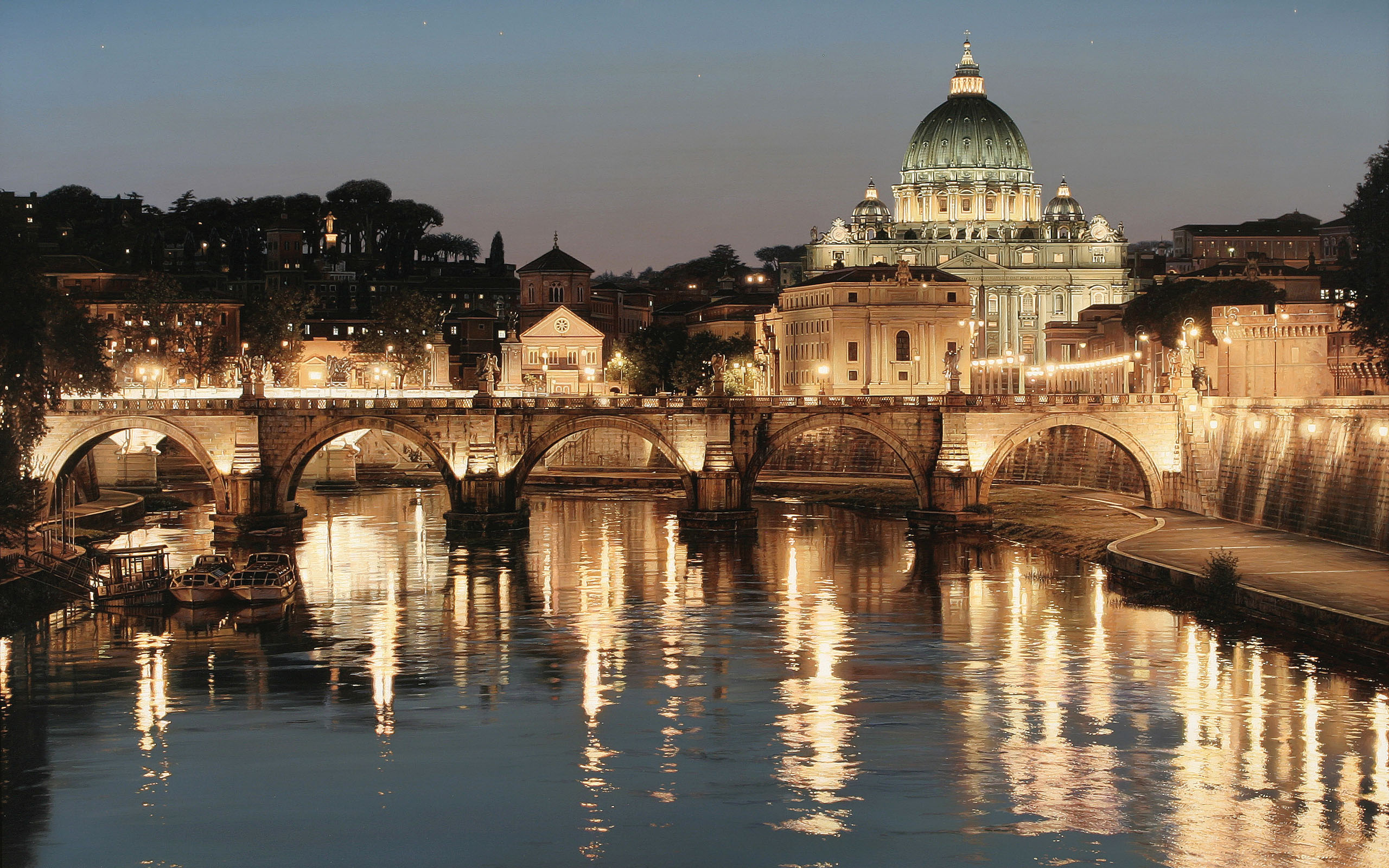 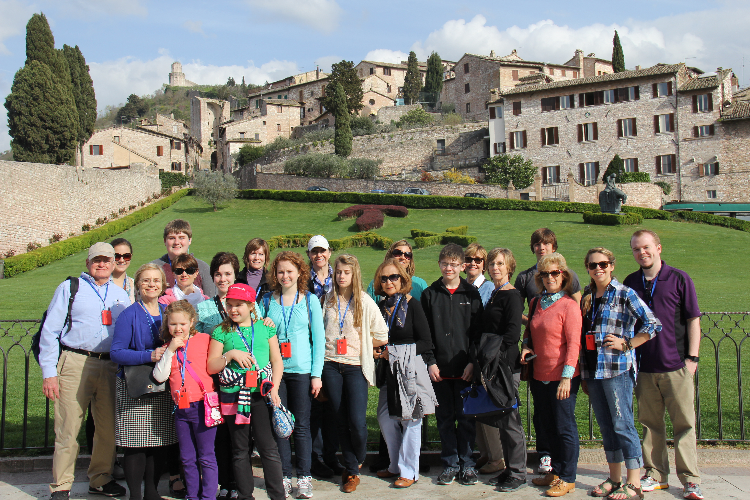 To view pictures from the trip, please click on the picture above.

Travel in Italy alum Ali Raymer wrote a story about the fun had in Italy.  You can click here to view the story in the digital version of The Challenge.

Saturday, March 29 - Arrive in Rome and travel by private coach to Florence. En route stop at Pisa to see the beautiful cathedral and the famous Leaning Tower. Arrive in Florence and check into the hotel.

Sunday, March 30 - Spend the morning on a guided tour of the Uffizi Gallery. Have lunch near the Duomo, the Church of Santa Maria del Flore. In the afternoon visit the Baptistery, the oldest standing building in Florence dating to the 6th century A.D. Close out the day with a visit to the Museum Academia to view Michelangelo's David.

Monday, March 31 - In the morning tour the Church of Santa Maria Novella, the first great basilica in Florence. Go to the Church of Santa Croce which holds the tombs of Galileo, Ghiberti, Michelangelo, and Machiavelli as well as memorials to Dante, Leonardo da Vinci, and Raphael. In the afternoon, tour the Bargello, Florence's Renaissance police headquarters and jail that now houses Italy's leading collection of Renaissance sculpture.

Tuesday, April 1 - Start the day with a tour of the chapel mausoleum of the Medicis, renowned for its architecture and statues by Michelangelo. Depart Florence for Assisi to visit the Basilica of St. Francis, the church built to honor Italy's patron saint, St. Francis. The basilica houses the tomb of St. Francis and some to the finest frescoes in the world. Spend the night in Assisi.

Wednesday, April 2 - Travel from Assisi to Orvieto, a magnificent example of an Umbrian hill town located on a 934 foot plateau. Have a guided tour of the Duomo, considered to be one of Italy's greatest Romanesque-Gothic cathedrals, noted for its ornate exterior and the frescoes of the Last Judgment by Luca Signorella in St. Brizio Chapel. After lunch, travel to Rome and check into the hotel.

Thursday, April 3 - In the morning, visit the Vatican Museums. This complex of museums houses a wide range of treasures from famous Greek sculptures, Etruscan art, and paintings by Raphael to the Sistine Chapel with the famous Michelangelo frescoes on its ceiling and the wall behind the altar. The Vatican Museums are connected to St. Peter's Basilica, the world's largest and most significant Christian church. St. Peter's was established in 319 A.D. by Emperor Constantine. Leaving St. Peter's Basilica, walk through St. Peter's Square which is surrounded by the "arms" of the Bernini Colonnade. In the afternoon, visit the Pantheon. End the afternoon with a visit to Piazza Navona, famous for the Baroque architecture of the surrounding buildings. In the evening go to the Spanish Steps and then stroll to Trevi Fountain.

Friday, April 4 - Take an all-day excursion to visit Pompeii. In 79 A.D. this Roman city of 20,000 people was buried by volcanic ash from an eruption of Mt. Vesuvius. The incredibly well preserved remains of this town provide a real feel for Roman life in the 1st Century.

Saturday, April 5 - In the morning visit the Church of St. Peter in Chains to see the famous Michelangelo statue of Moses. Walk through the massive Coliseum completed in 80 A.D. Leaving the Coliseum, climb Palatine Hill. Here you will walk through the impressive ruins of the Imperial Palace, residence of Julius Caesar, Tiberius, Caligula, and Claudius. Descend Palatine Hill into the Roman Forum, the political and social center of the Republic where the Roman Senate met. In the afternoon, take an excursion to tour the catacombs, subterranean burial places used by early Christians for meetings and worship. End the day with a visit to the Basilica of St. Paul Outside the Walls, the second largest church in Rome established by Constantine in 314 A.D. over the tomb of the Apostle Paul.

2015 Fall Break in the Netherlands and Belgium