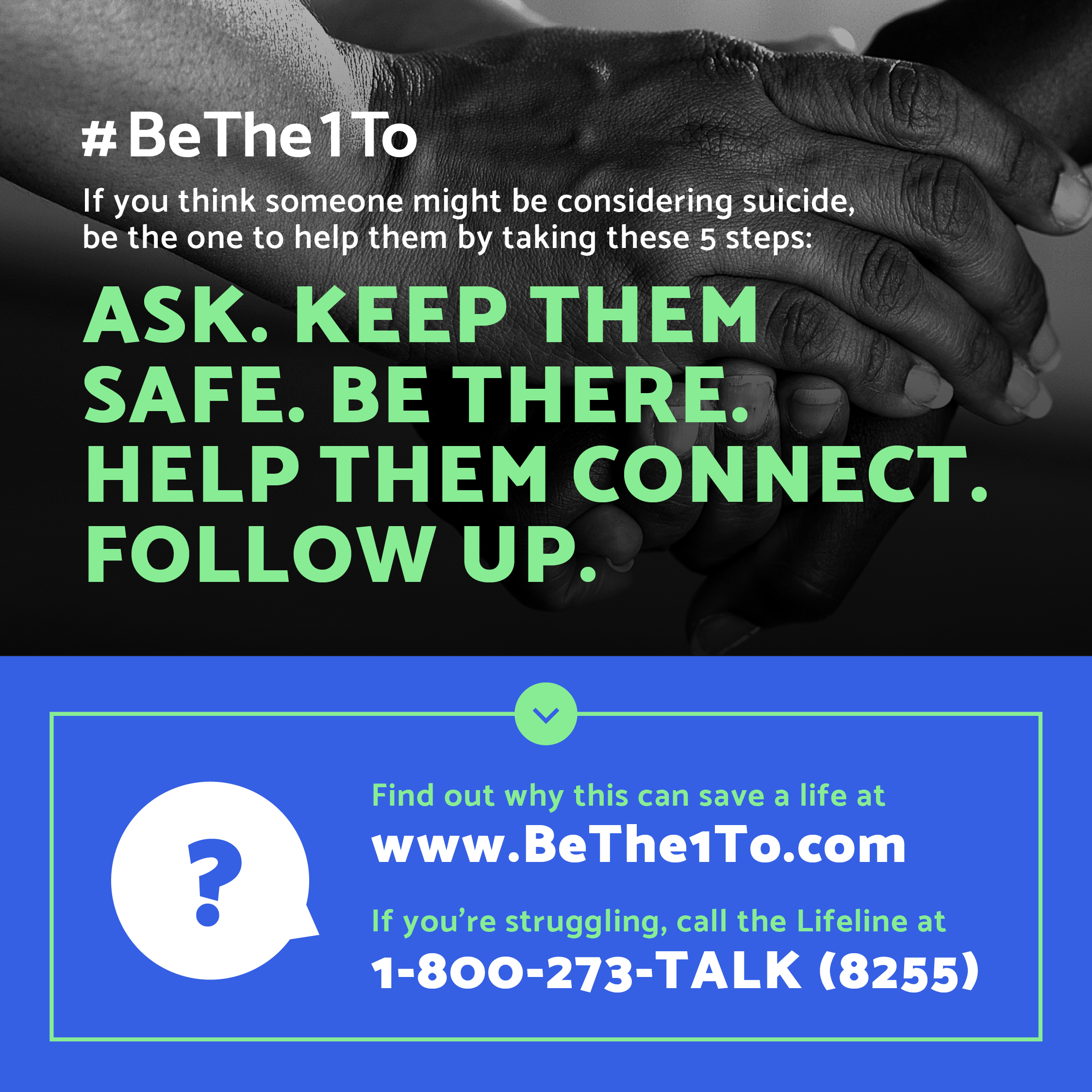 (in English, Spanish, and for Deaf & Hard of Hearing)

Suicide - the act of intentionally causing one's own death or injuring oneself with the intent to die.

Suicide Attempt - when someone harms themselves with intent to end their life, but they do not die as a result of their actions.

Suicide Ideation - thinking about suicide or wanting to take your own life.

Suicide rates differ and vary by...

Learn more about the disparities from the CDC HERE.

Being at risk for suicide is based on the behavior of the individual and their environment, including relationships, community, and societal factors:

Did you know that...

Some major protective factors against suicide include:

The 5 Steps on How to Help Someone in Crisis

How and Why The 5 Steps Help