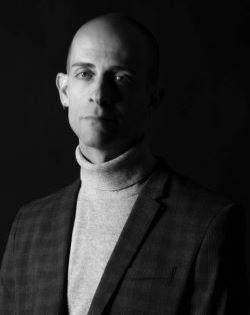 Dr. Amir Zaheri is a native of Morehead, Kentucky. At Western Kentucky University, he studied vocal performance with Nancy Cron, choral and orchestral conducting with Ronnie Oliver, Jr., organ performance with Andrew Risinger, and composition with Michael Kallstrom. In 2001, he was awarded first prize in the Kentucky Music Educators Association Collegiate Composition Competition - the first WKU student to win this award.

In 2011 Zaheri entered the University of Alabama as its prestigious Narramore fellow, completing his Doctor of Musical Arts degree in Music Composition, with a minor in musicology. At UA, Zaheri studied composition with C.P. First.

Dr. Zaheri has been a faculty member at the University of Alabama since 2013, serving in many capacities: He is the head of the music composition program and Director of the Contemporary Music Ensemble; he teaches numerous academic music courses. Zaheri also serves as Associate Director of the School of Music; as Director of Undergraduate Studies; and as Director of Student Affairs and Student Wellness. His profound impact on the students is summed up by one student, who wrote, “Dr. Zaheri is very passionate about teaching, the subject of this course, and the general wellbeing of the students. I have never come across a teacher that cared so deeply about me as an individual, and it is such a blessing.”

Dr. Zaheri is the recipient of numerous commissions, prizes, performances, and publications at both national and international levels. His piece, “Behold How Good and Pleasant” was premiered at Carnegie Hall in 2004. The U.S. Army Field Band commissioned and premiered his concerto for horn and wind ensemble in 2018. He is frequently commissioned to write for young voices, and invited to serve as a clinician and conductor for elementary and junior high choirs: He is no stranger to the choral festival and clinics of Kentucky. Matters related to social justice, especially forced migration, are particularly close to his heart. In 2016 he visited a refugee camp in Idomeni, Greece, spending time with those trapped there. This led to a collaborative film project, “May I Take Your Picture?” for which he composed the score, which continues to receive recognition internationally at important film festivals.