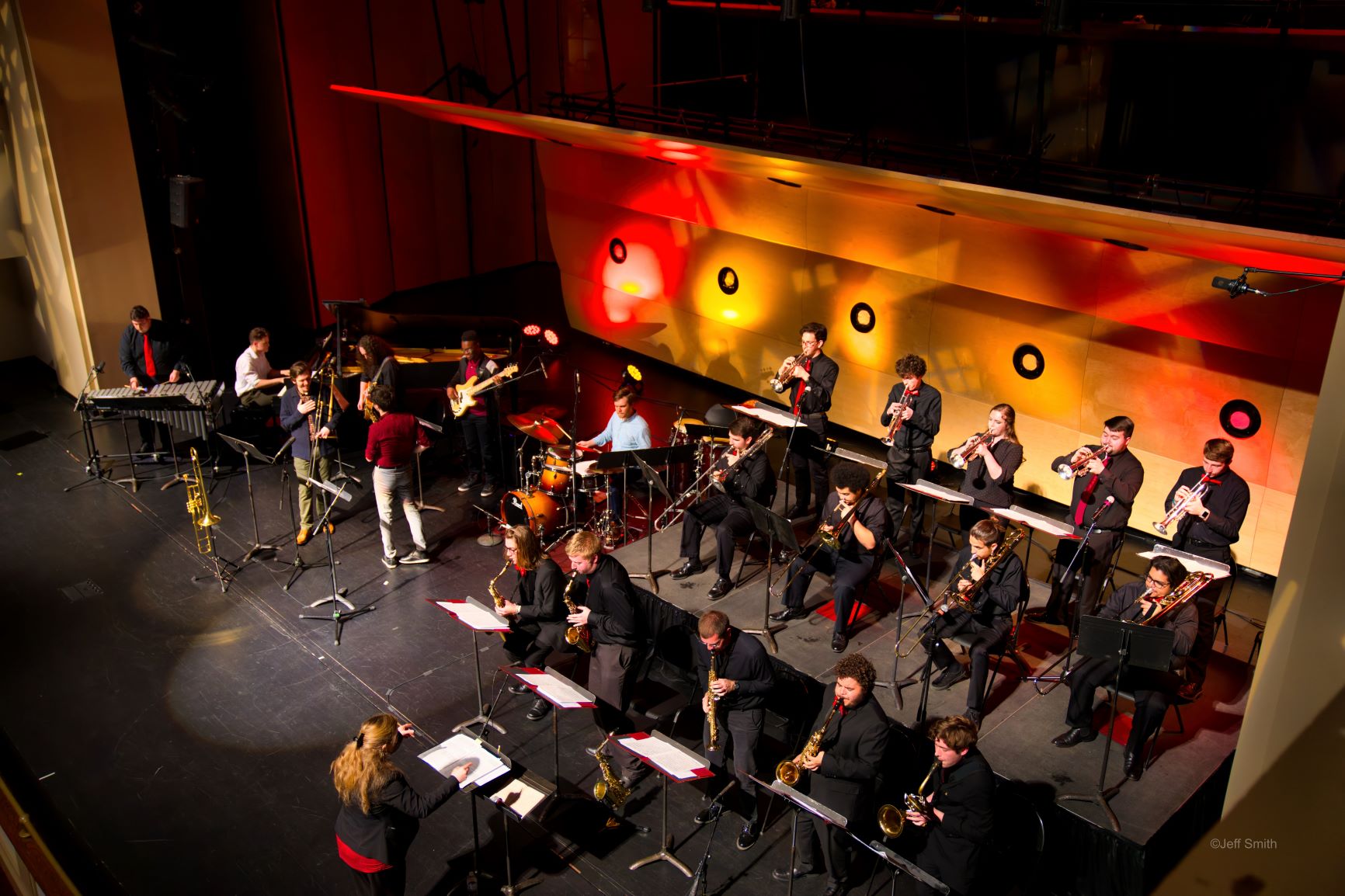 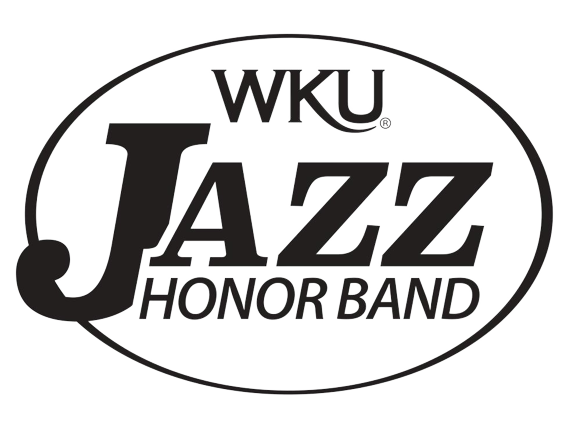 The WKU Jazz Band Honor Clinic provides the opportunity for students to participate in a big jazz band or combo, learn about improvisation, and work with our outstanding guest artists. Directors are most welcome and encouraged to attend all clinics during this event.

Deadline to register your school and nominate students to attend.

Audition excerpts will be posted on the WKU Jazz Website. This link will be emailed to all directors.

Jamey Aebersold was born July 21, 1939, in New Albany, Indiana. He attended college at Indiana University and graduated in 1962 with a Masters Degree in Saxophone. He was awarded an Honorary Doctorate of Music by Indiana University in 1992. He also plays piano, bass and banjo.

In 1989, the International Association of Jazz Educators inducted Jamey into their Hall of Fame at the San Diego convention. With this award, Jamey joins other jazz luminaries such as Count Basie, Duke Ellington, Charlie Parker, Louis Armstrong and others.

Jamey is an internationally-known saxophonist and authority on jazz education and improvisation, and has developed a series of Jazz Play-A-Longs (book and cd sets (now numbering almost 130 volumes) as well as various other supplemental aids for the development of improvisational skills. The Aebersold book and recording sets allow a musician the opportunity to practice and improvise with well-known jazz personalities at home as well as in the classroom. The recordings employ some of the best jazz musicians in the world. This concept has been responsible for changing the practice habits of thousands of musicians around the world.

Jamey was one of the first to encourage small group classes which concentrate on jazz  improvisation, and he is the director of the Summer Jazz Workshops which now have 40+ years on record. Jamey feels that improvisation is something all people can do—and his clinics and lectures
concentrate on demonstrating how the creative and spontaneous nature of each person can be brought to light. 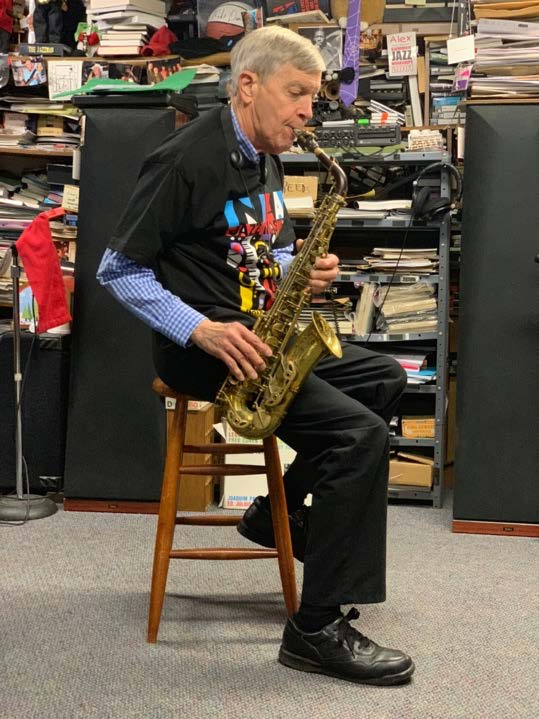 These week-long Summer Jazz Workshops are having a profound effect on musical communities around the world. The Workshops have traveled to Australia, New Zealand, Germany, England, Scotland, Denmark and Canada. Every summer there are at least two week-long Workshops in the U.S. These camps employ many of the finest player/teachers in jazz and are open to any serious jazz student regardless of ability or age.

In 2007, Jamey was awarded the Indiana Governor's Arts Award by Mitch Daniels, the Governor of Indiana. On October 4, 1987, CBS' "Sunday Morning" with Charles Kuralt and Billie Taylor featured Jamey with the Summer Jazz Workshops in an exciting jazz educational segment.

Jamey has taught at three colleges and universities in the Louisville, Kentucky area and has made guest appearances in dozens of cities around the world. While conducting a jazz clinic in Brazil he produced a 110-minute DVD/video appropriately titled "Anyone Can Improvise" which has become a
best-seller.

Jamey's hobby is listening to jazz, especially new young players. He also enjoys playing basketball (he has hit 50 free throws in a row!) and is very much interested in Metaphysics and spiritual pursuits as they apply to the growth of the individual. In December 2004, the Jazz Midwest Clinic bestowed upon Jamey the "Medal of Honor" in Jazz Education.

In 2014, Jamey was awarded The National Endowment for the Arts Jazz Master Award, the nation's highest honor in jazz. Jamey Aebersold is the recipient of the 2014 A.B. Spellman NEA Jazz Masters Award for Jazz Advocacy, which is bestowed upon an individual who has contributed significantly to
the appreciation, knowledge, and advancement of the art form of jazz.

Jamey has been a driving force in America native art form, Jazz, and continues to kindle the fires of musical imagination in those with whom he comes in contact. 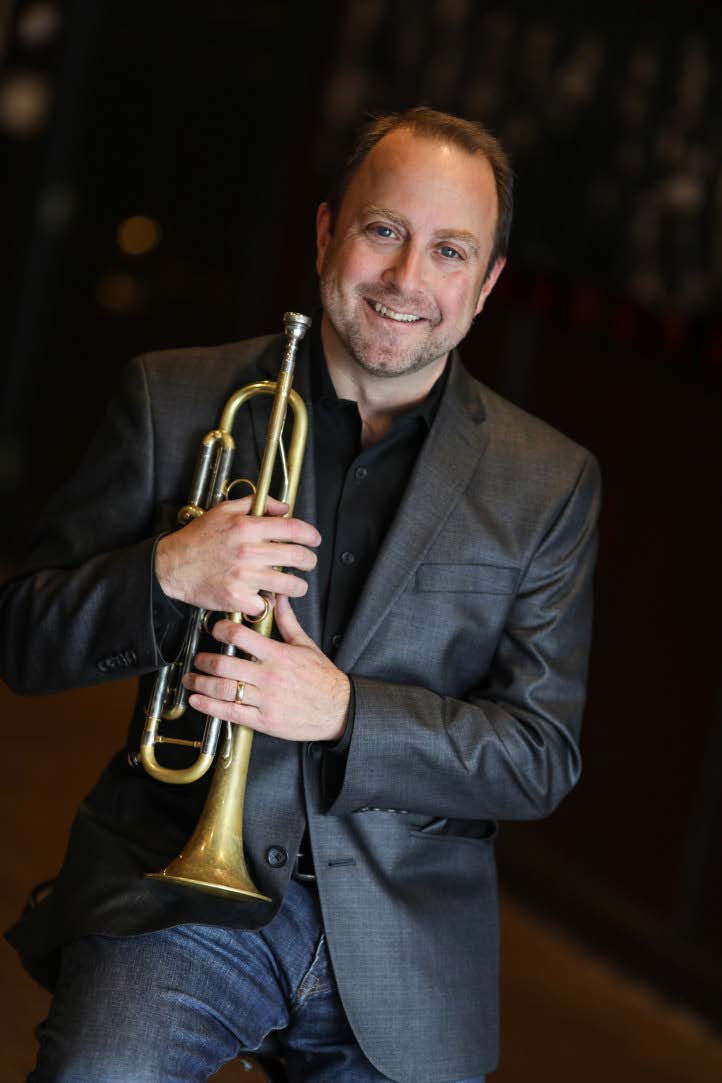 Dr. Scott Belck currently serves as the Director of Jazz Studies and Professor of Music at the University of Cincinnati’s College-Conservatory of Music (CCM) where he directs the CCM Jazz Orchestra and teaches
applied Jazz Trumpet.

He is a founding member of critically acclaimed Tromba Mundi contemporary trumpet ensemble and has toured as a member of Grammy Award winning funk legend Bootsy Collins’ Funk Unity Band as lead trumpet. He has served as trumpet and cornet soloist with the Air Force Band of Flight in Dayton, Ohio where he also held the post of musical director for the Air Force Night
Flight Jazz Ensemble. He is the Founding the Artistic Director Emeritus of the Cincinnati Contemporary Jazz Orchestra.
His playing credits include recordings lead trumpet/guest soloist with the Cincinnati Pops featuring the Manhattan Transfer and John Pizzarelli, the Glenn Miller Orchestra, the Van Dells, and jazz soloist with the University of North Texas One O’clock Lab Band with whom he recorded four CDs as jazz soloist and section trumpet.

He has also served as the Artistic Director of the Dayton Jazz Orchestra, the Jazz Central Big Band, and the Miami Valley Jazz Camp in Ohio. He is the author of the text “Modern Flexibilities for Brass”, published by Meredith Music and distributed by Hal Leonard. In his spare time, he is the CEO and founder of Lip Slur World Headquarters. 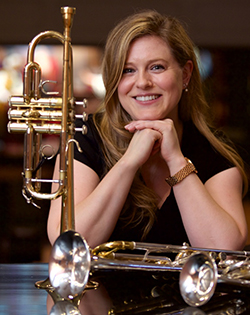