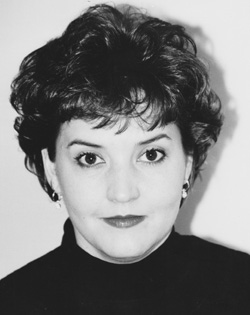 A native of Bowling Green, Kentucky, Amy Tate Williams earned a Bachelor of Music degree in Piano Performance from Western Kentucky University and one Master of Music degree in Piano Performance and another in Piano Accompanying for Florida State University.  A graduate assistantship in Opera Accompanying directed her into a career of coaching and accompanying opera in regional companies including Glimmerglass Opera, Nevada Opera, Augusta Opera, and Des Moines Metro Opera.  Ms. Tate Williams served two years as Music Director/Tour Manager for OPERAIowa, the educational touring arm of Des Moines Metro Opera, performing children’s opera and teaching workshops for hundreds of children and teenagers.

She trained for two years in the Opera Studio program at Houston Grand Opera, where she assisted on ten productions with international performers, directors and conductors.  She taught vocal music for two years at a private elementary school in Houston and advanced to secondary education for four years at Des Moines Christian School.  As a choral director, stage director and private voice/piano instructor, she developed the music and theatre program for 150 students.  Her crowning achievement at DMCS was the creation of an acappella ensemble, VICTORY, that performed for state and national leaders and was incited to participate in an international music festival for ten days in Bavaria, Germany and Prague, Czech Republic.

As a composer, Ms. Williams has four published choral anthems and a collection of sacred vocal music, all of which is performed and recorded worldwide.  Her first child’s opera, Rumpelstiltskin (1996), was produced by Des Moines Metro Opera and toured for two seasons across Iowa. In the summer of 1998, Amy Tate Williams accepted the post of Music Director at the Nashville Opera Association, culminating her abilities as pianist, vocal coach, choral director, educator and composer.