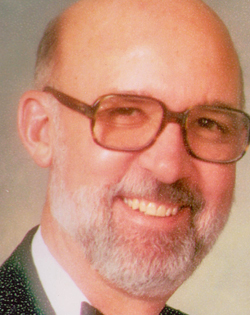 L. Howard “Zeke” Nicar, Jr., a native of Bristol, Tennessee, earned his Bachelor’s degree at Western Kentucky University in 1955 in Trumpet and Horn and served in the army from 1955-57 as assistant conductor of the 3rdarmored division band.  He completed his Master of Music Education at Michigan State University in 1961.  He also did doctoral work from 1969-71 at George Peabody College.

Zeke became the director of bands at Vanderbilt University in 1970, and later served assistant dean of admissions at Vanderbilt’s Blair School of Music from 1987-95.  Before coming to Vanderbilt, he directed both band and chorus and Bristol Tennessee High School from 1958-69.

One of his most significant career contributions was made through his role as Executive Secretary/ Treasurer of the National Band Association (NBA) from 1986 to the time of his death.  In that office, he made a tremendous difference for the largest and most encompassing of all band director organizations in the world.  He served with the highest distinction and professionalism.

Zeke’s presence as a leader in the music world was significant and extended beyond the National Band Association.  He was elected to serve as president of the following organizations: the Tennessee Bandmasters Association, the Southern Division of the College Band Directors National Association, and the East Tennessee Band and Orchestra Association.  That is clear indication of the respect accorded to him by his peers.  His professional membership included: CBDNA, NBA, TMEA, Phi Mu Alpha, Phi Beta Mu, MENC, and the American Bandmasters Association, the most distinguished and selective of all band director organizations to which he was elected in 1982.

In addition to his dedication to bands and the general art of music, Zeke was quite civic-minded, have received outstanding achievement awards for distinguished service in Civitan, Kiwanis International and in the United States Jaycees.  In 1996, Zeke was the recipient of the NBA Academy of Wind and Percussion Arts Award, one of the band profession’s most coveted honors.

As a teacher, Zeke was best characterized by his love for his students.  He was a devoted and conscientious music educator who produced outstanding results with a classroom demeanor that was both demanding and humorous.  At the time of his passing, Zeke was one of the band world’s most beloved personalities.