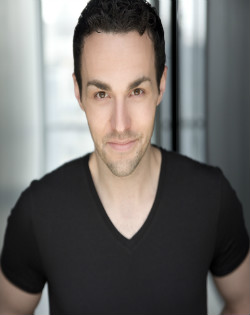 With his “prodigious acting abilities” and a voice that has been acclaimed as “masterful, passionate, soaringly beautiful and pitch-perfect – the kind of performance that can have the audience wiping away tears they didn't even know were there,” Bowling Green native, Bronson Norris Murphy, a 2004 graduate of Greenwood High School and a 2008 Summa Cum Laude graduate of Western Kentucky University’s program in Music Education, is an active performer on the Broadway, Off-Broadway, Regional, Operatic and Concert stages. After finishing his Master’s Degree in Vocal Performance at NYU’s Steinhardt School, Mr. Murphy toured the United States and Canada to critical acclaim in Andrew Lloyd Webber’s hit musical CATS. In 2014, he made his Broadway debut in The Phantom of the Opera and has performed 13 different roles in that production to date. In just over a decade of stage performances, his credits include: New York City developmental productions: Faustus, the Musical (MTM’s Best Actor Award), I Hate Holmes, Joan of Arc, Catch the Wind, Alan Menken & Tim Rice’s King David, Maybe One Day: A Fable. His work in regional theatres across the country include: The Metropolitan Opera, Lincoln Center’s Avery Fisher Hall, Goodspeed Opera House, North Shore Music Theatre, Theatre By The Sea, Skirball Center, York Theatre, Players’ Theatre, John W. Engeman Theatre, The Arts Center of Coastal Carolina, West Virginia Public Theatre, The Public Theatre of Kentucky, Jenny Wiley Theatre and two seasons as Stephen Foster in The Stephen Foster Story in Bardstown, KY and Japan. While at WKU, Mr. Murphy was featured in mainstage productions of The Gondoliers, Sweet Charity, Ragtime, Street Scene,Inherit the Wind and Children of Eden as well as The Old Maid and the Thief, Die Zauberflöte, Godspell and The Enchanted Attic and as a soloist for Bach’s Cantata No. 140, Ramirez’s Misa Criolla, Saint-Saens’ Christmas Oratorio, Vivaldi’s Magnificat and Dubois’ Seven Last Words of Christ. He is the four-time recipient of WKU’s “Male-Vocalist of the Semester” prize and in his senior year was awarded “Performer of the Semester.” Other WKU honors include being named The Scholar of Potter College, The Jim Fern Music Education Scholarship, The Seymour Spiegelman Award for Vocal Music, Pi Kappa Lambda Inductee and a two-time first place winner of TheNATS Vocal Competition. In addition to his work onstage, Mr. Murphy served as the Choir & Artistic Ministries Director at St. James United Methodist Church in Bowling Green. He is an advocate for music literacy, an active voice and acting teacher who maintains regular classroom hours in NYC while hosting workshops on vocal production, song interpretation, music theory and musical theatre audition techniques at New York University, The New York Film Academy, The Joffrey School of Ballet, Broadway Classroom and The Institute for American Musical Theatre.