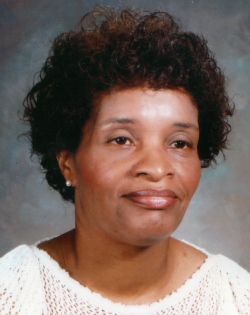 Margaret Munday, a retired music teacher from Auburn, KY, holds a special place in WKU’s history of diversity as the first African-American undergraduate student to attend classes on the Hill.  During a turbulent time for race relations in America, Munday was a pioneer and paved the way for others to follow.

Munday attended Auburn Training School and Knob City High School in Russellville, KY.  She originally enrolled at Kentucky State College, a historically African-American school, but wanted to be closer to home.  On September 15, 1956, after Western Kentucky State College and Kentucky’s other higher education institutions were desegregated, Munday transferred from Kentucky State and enrolled in classes on the Hill.

Munday, a music major and member of the Western Chorus, received support and encouragement from President Kelly Thompson, Librarian Margie Helm and Professors Ivan Wilson and H. F. McChesney.  She successfully pursued her bachelor’s degree despite the sociological aspects associated with her journey into unchartered territory that ushered in an era of social and educational change at WKU and the region.

After her graduation in 1960, Munday taught school at the all-black Johnstown School in Olmstead, KY.  In 1964 she became the first black teacher at Auburn High School and eventually taught at every school in the Logan County, KY, school system.  In 1995, she retired after more than 30 years as a music and chorus teacher.

During her teaching career, Munday received several state and regional music association awards.  For fifteen years she was Director of the Union District Youth Choir, which consisted of members from 32 churches.  In 1999 she was honored by WKU’s Society of African American Alumni at its Spring Celebration.  She is a member of the Macedonia Baptist Church in Auburn, KY, where she has played piano since about age 10.