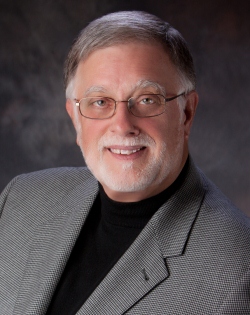 Following graduation from Western Kentucky State College in 1964, King accepted a position as band director at Coeburn (Virginia) High School. In 1968 he moved to William Byrd High School, Vinton, Virginia, assuming the position of band director, a position he held for 17 years.  His bands consistently earned ratings of Superior or Excellent.

In 1986 King was appointed Supervisor of Fine Arts for the Roanoke County, Virginia, Schools.  Retiring in 1997, King was invited to join the music education faculty at Virginia Tech.  During his tenure with Virginia Tech he supervised student teachers and interns, taught music education methods (undergraduate and graduate) and conducted the University Symphonic Wind Ensemble from 2007-08.

In addition to the Bachelor of Music from Western, he earned the Master of Science (1975) from Radford University and the Doctorate of Education from Virginia Tech (1991).

Active in advocacy for music education and fine arts, King served as chair and legislative liaison of the Virginia Coalition for Fine Arts Education, as Government Relations Chair for the Virginia Music Educators Association and as a consultant to the Virginia Department of Education.