Murals of the Holocaust 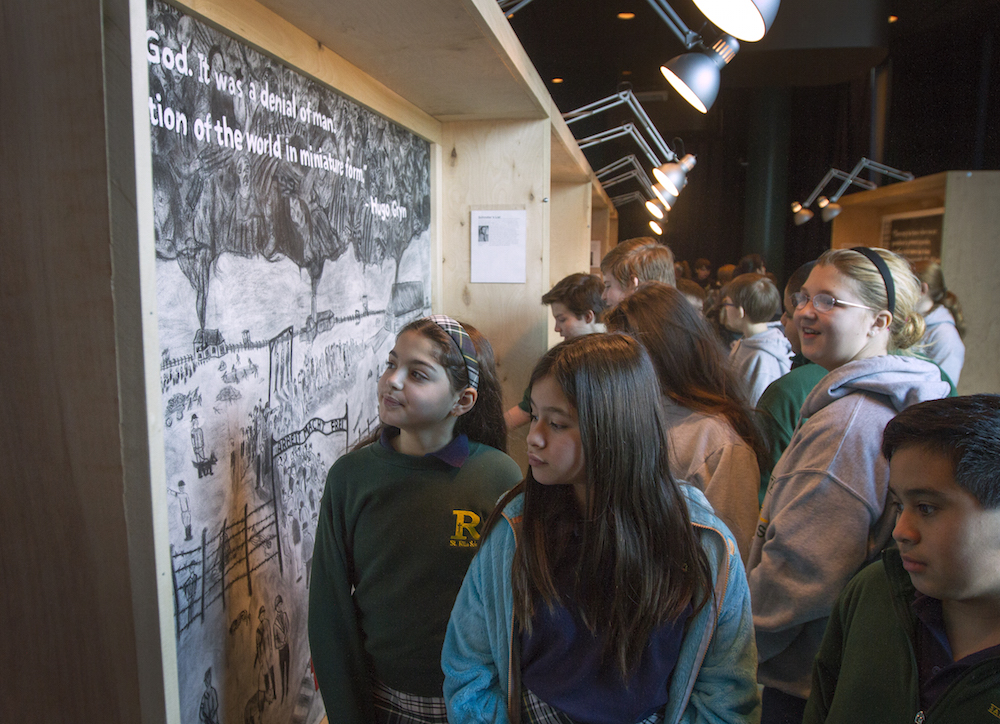 In April of 2018, the Conference on Jewish Material Claims Against Germany released the results of a survey on "Holocaust awareness and knowledge among adults in the United States on the occasion of Yom HaShoah (Holocaust Remembrance Day)." This survey revealed "there are critical gaps both in awareness of basic facts as well as detailed knowledge of the Holocaust." Among the findings were the following:

The Holocaust Murals Project of The Center for Gifted Studies is dedicated to raising awareness of the Holocaust by providing a memorable, emotionally accessible method of introducing young people and adults to the lessons of this difficult period of history.

Learn about how you can host an exhibition of the murals

Under the guidance of award-winning teacher Ron Skillern, each summer since 1992, students in VAMPY's Nazi Germany and the Holocaust have created a class mural. Measuring about nine feet wide and seven feet tall, the murals rely heavily on the black and gray tones of artist's charcoal with occasional shocks of bright red and yellow or light blue. Each year, the students choose a particular aspect of what they have learned to focus on; subjects have included Anne Frank, the liberation of the camps, Hitler youth, the eternal flame, Kristallnacht, and Jewish resistance. Although a few were lost or damaged over the years, as of 2017, twenty of the murals now exist.

The Holocaust Murals Project began in 2015 with a grant from the Jewish Heritage Fund for Excellence that enabled us to build frames for each mural. In October and November of 2015, the murals were displayed at WKU's Kentucky Museum. In early 2016, 10 of hte murals went on display at the Kentucky Center for the Performing Arts in Louisville. Educators such as Jeff Jamner of the Kentucky Center and Bearing Witness, an arts-integrated approach to studying the literature and the history of the Holocaust, used the murals to connect young people with the ideas and stories depicted in them.

The murals project continued in 2017 with an additional grant from the Jewish Heritage Fund for Excellence and a partnership between The Center, the Kentucky Center, and Kentucky Educational Television (KET). Under the title "Never Again," the collection of murals was exhibited at the Jewish Community Center in Louisville in September, 2017, at Danville High School in November, 2017, and at the National Corvette Museum in Bowling Green in March, 2018.

Produced in partnership with KET and The Center for Gifted Studies, Murals of the Holocaust follows the 2017 Nazi Germany and the Holocaust class as they learn the history of the Holocaust, travel to the United States Holocaust Memorial Museum in Washington D.C., and create their mural.

Also though KET, PBS Online Media is creating online resources that will make the murals available to students throughout the country and the world.

Click an image to see the title and description. 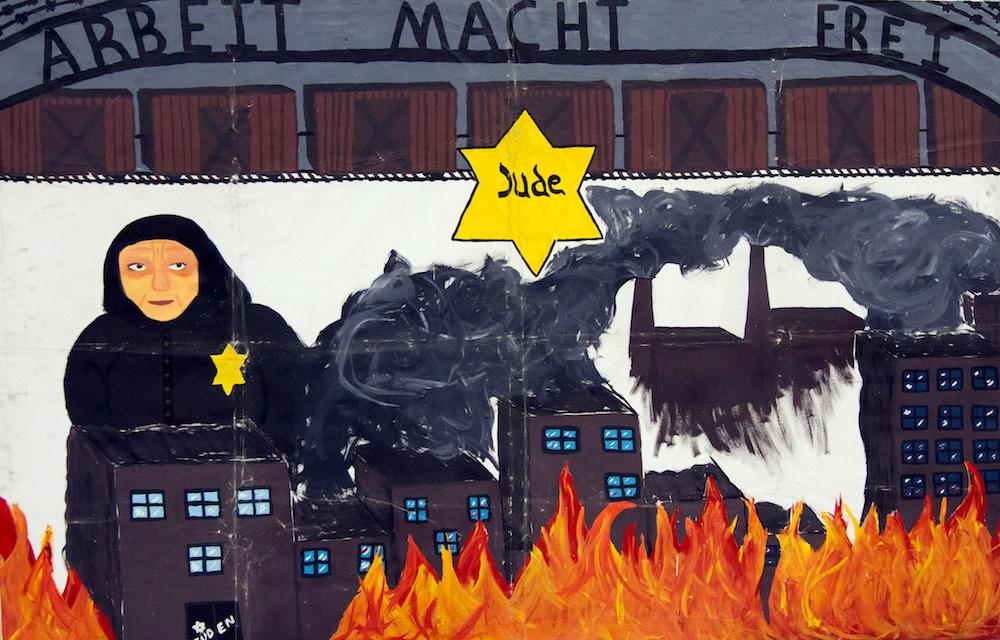 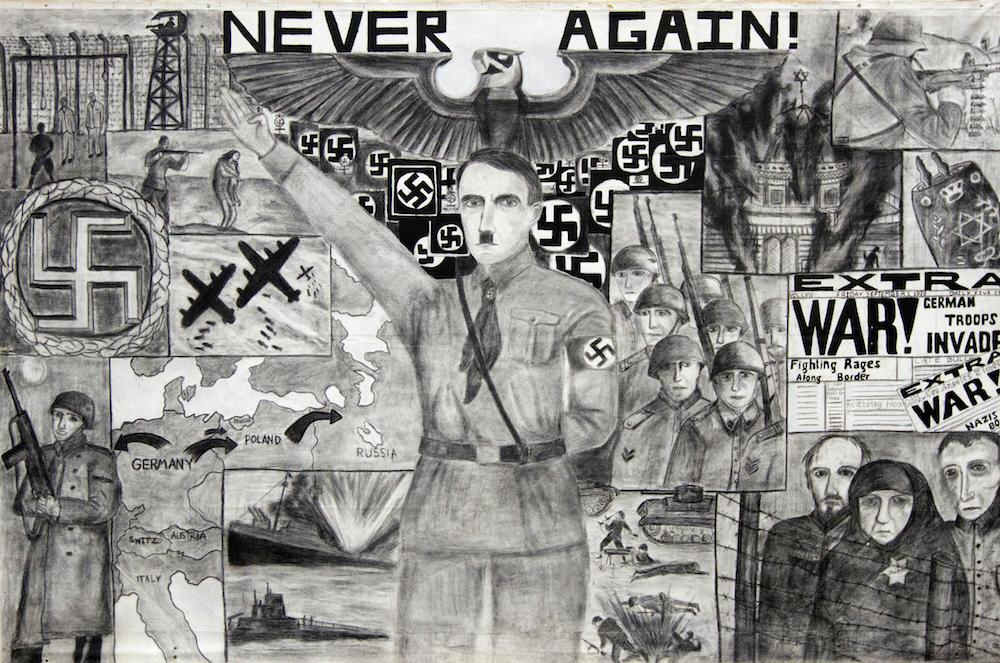 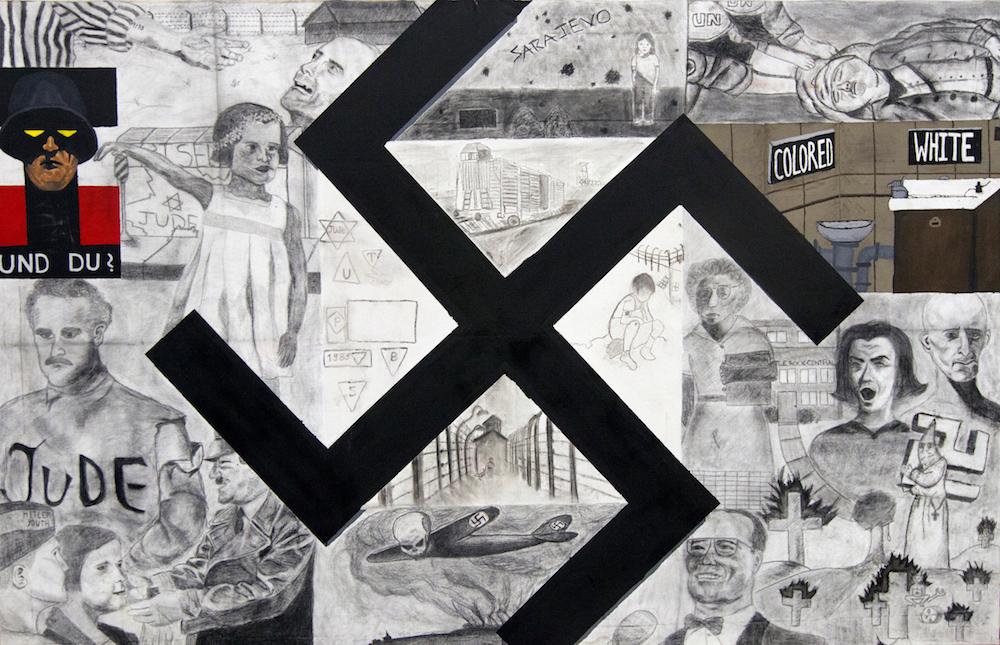 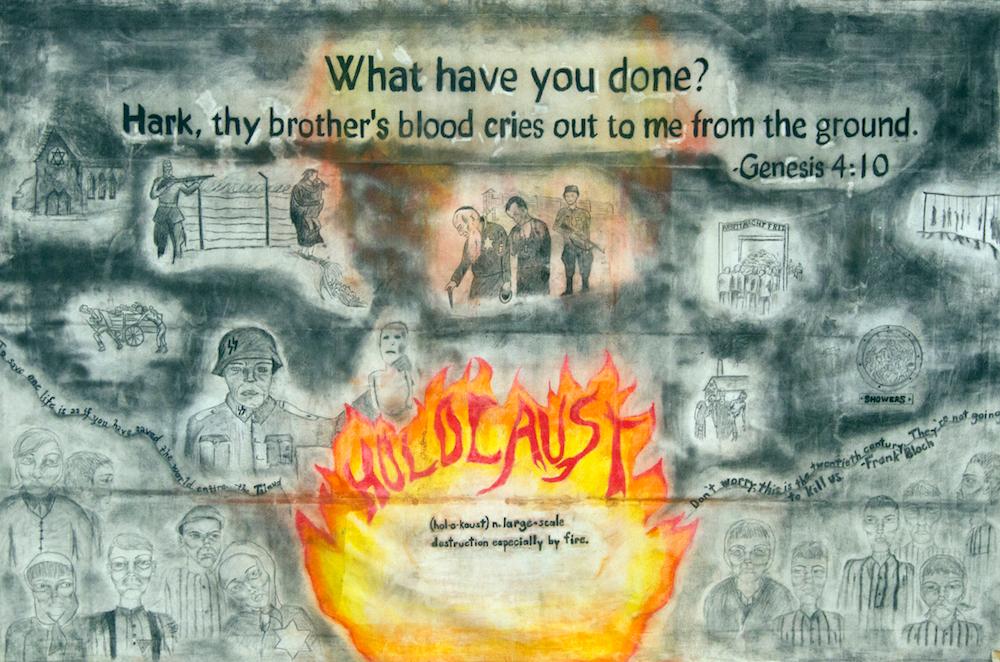 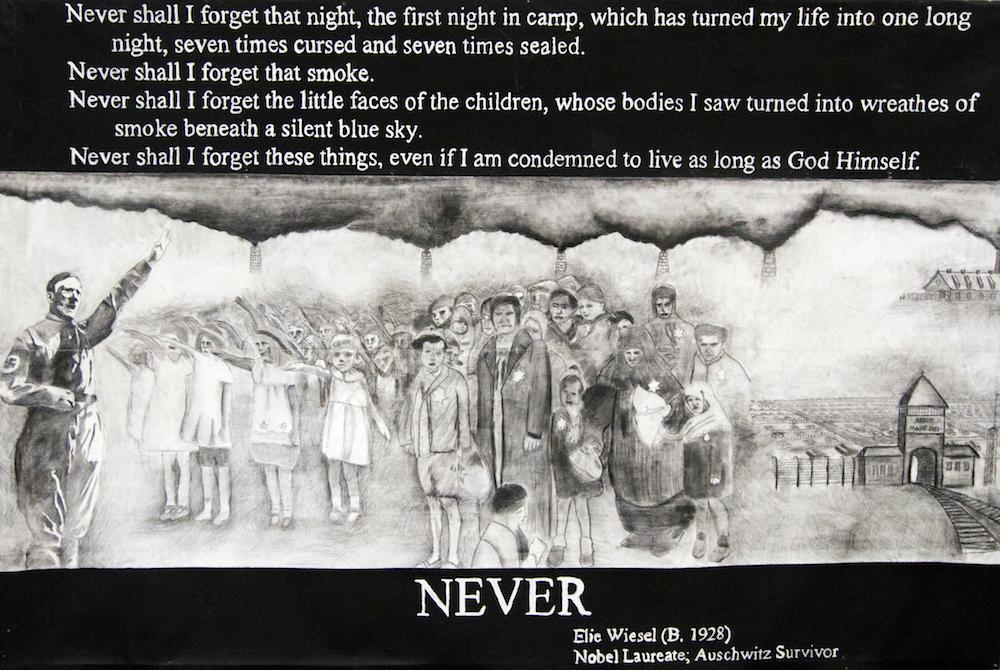 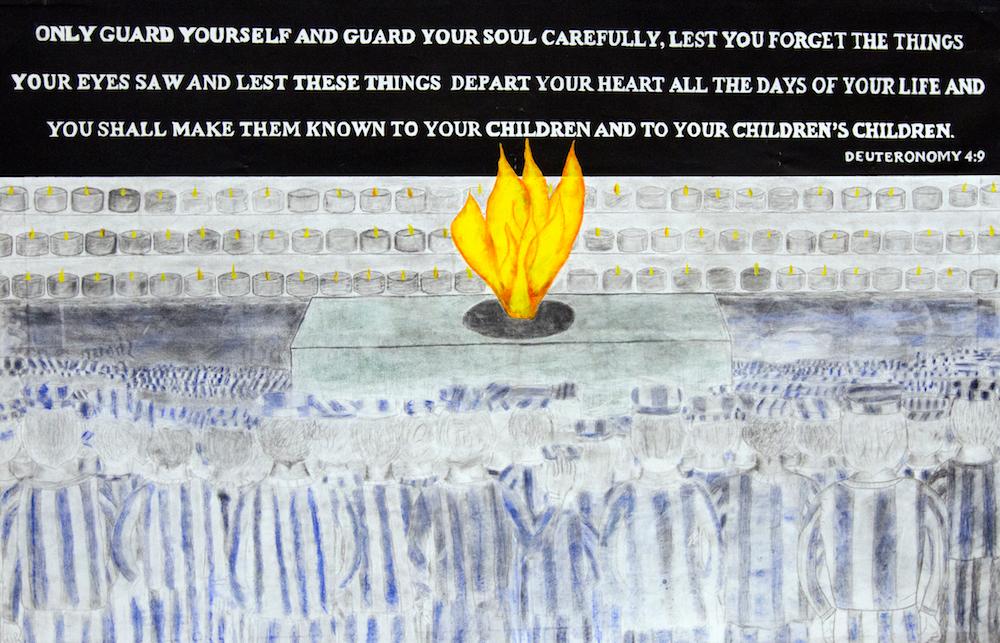 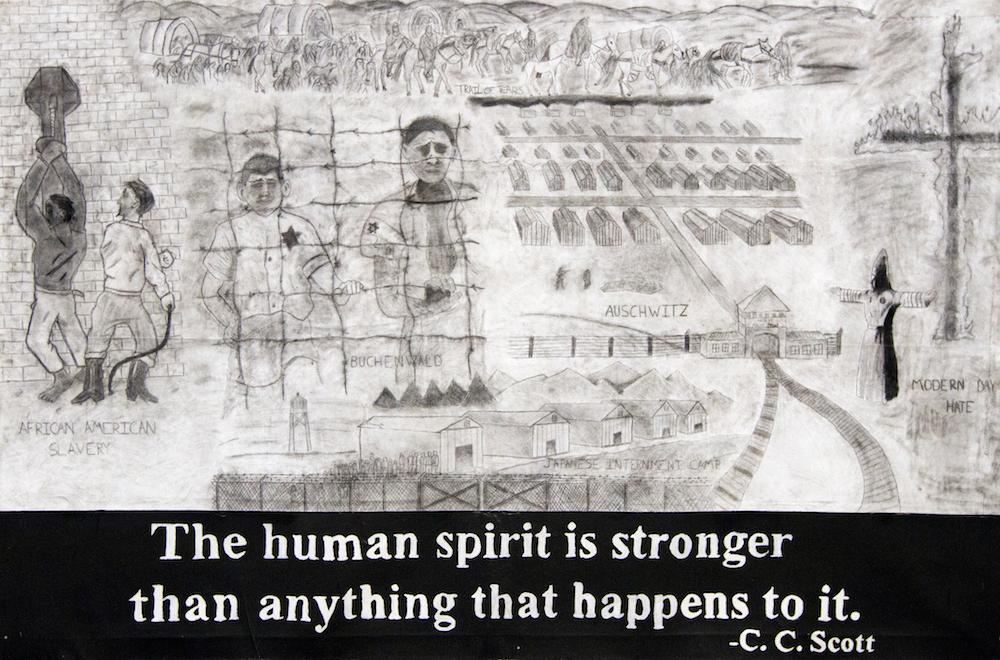 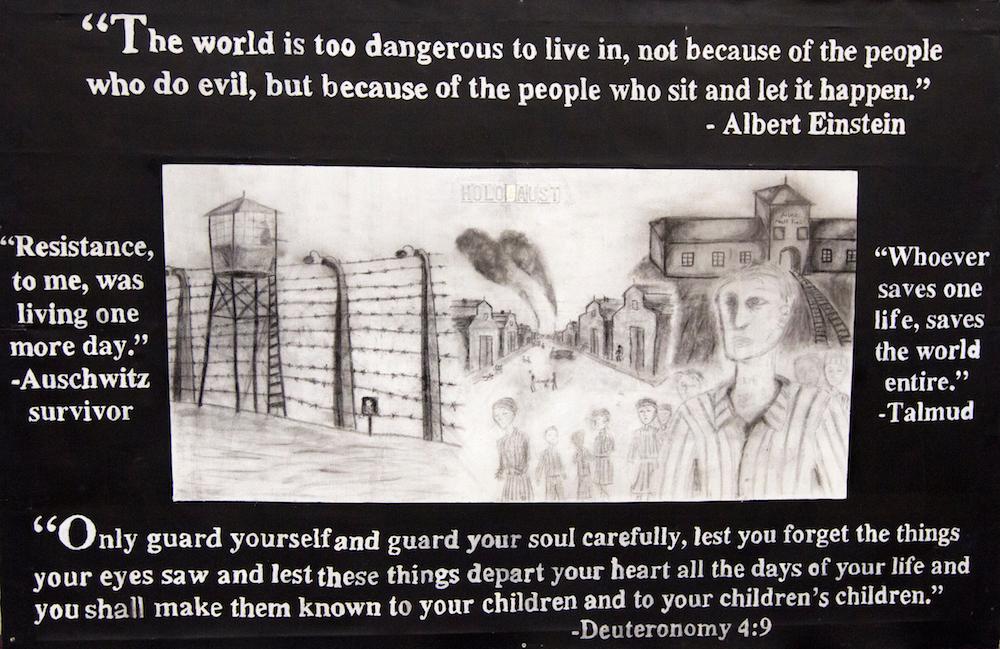 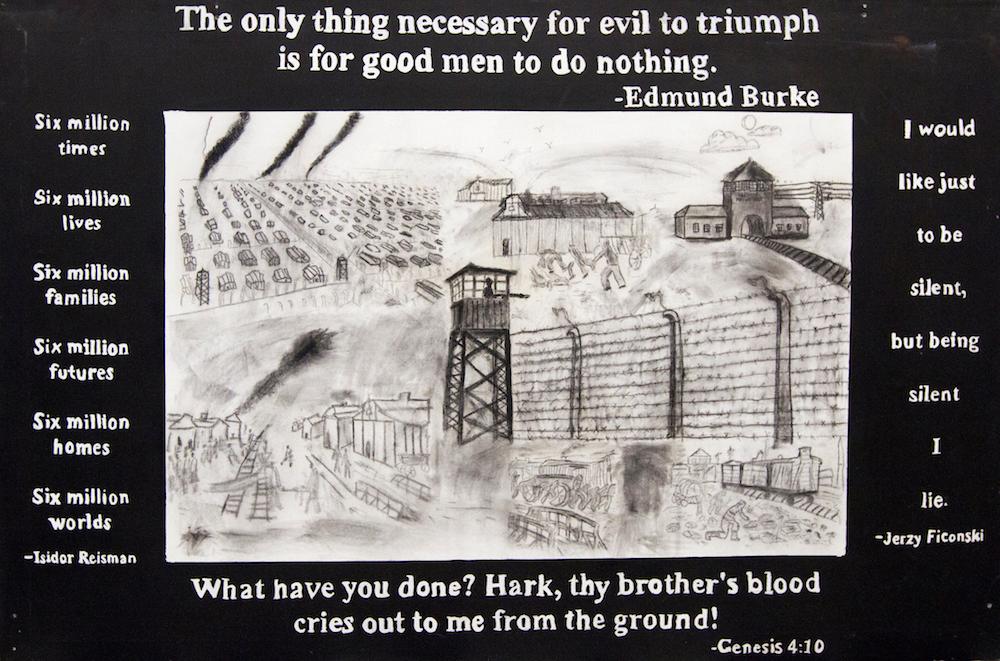 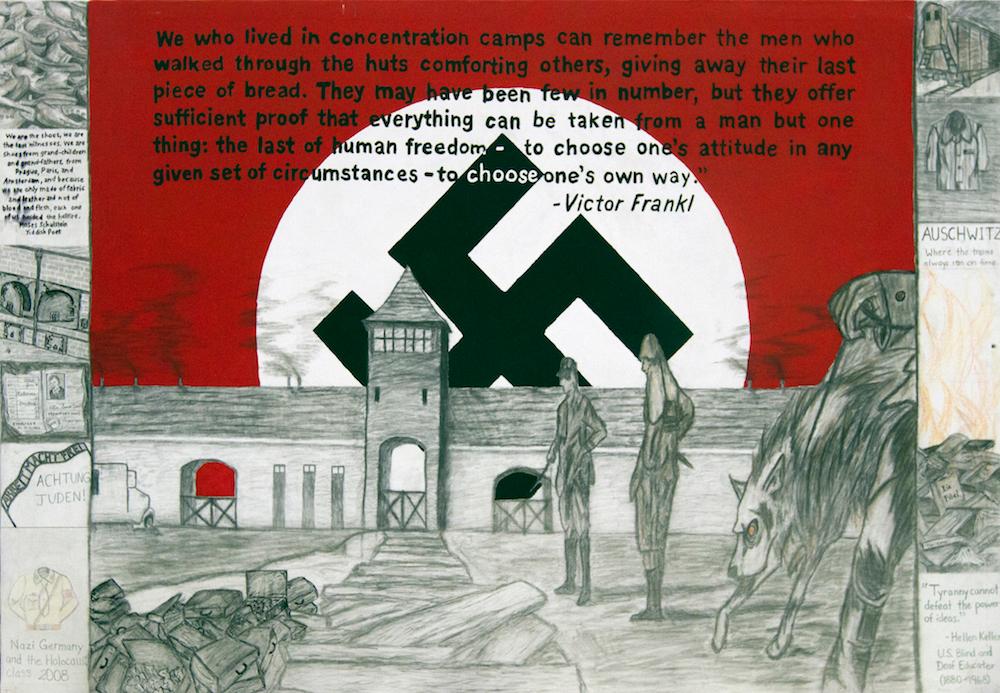 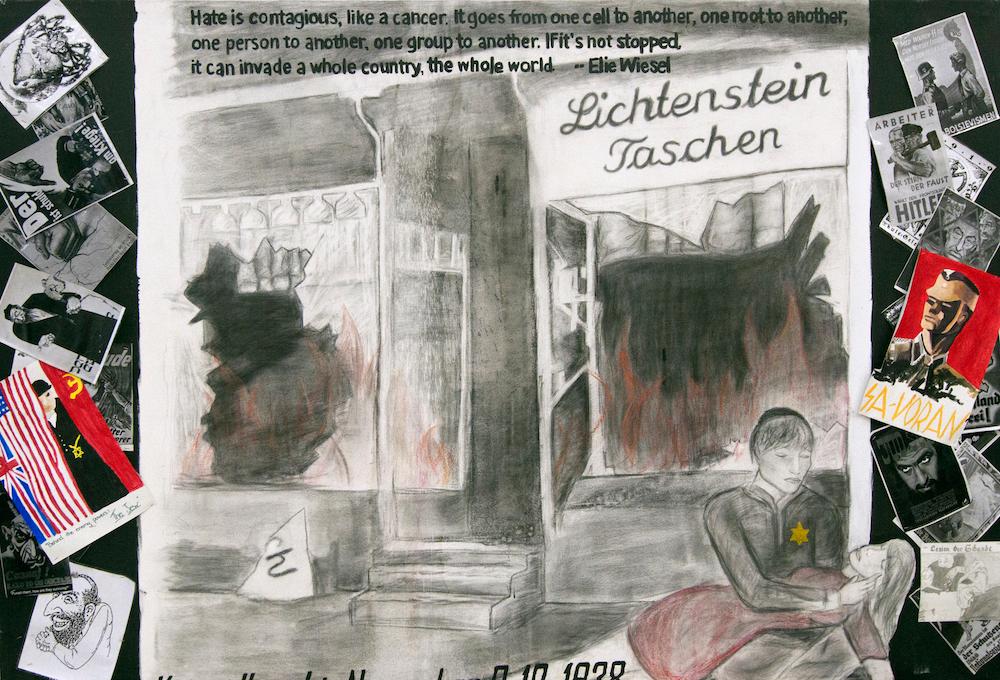 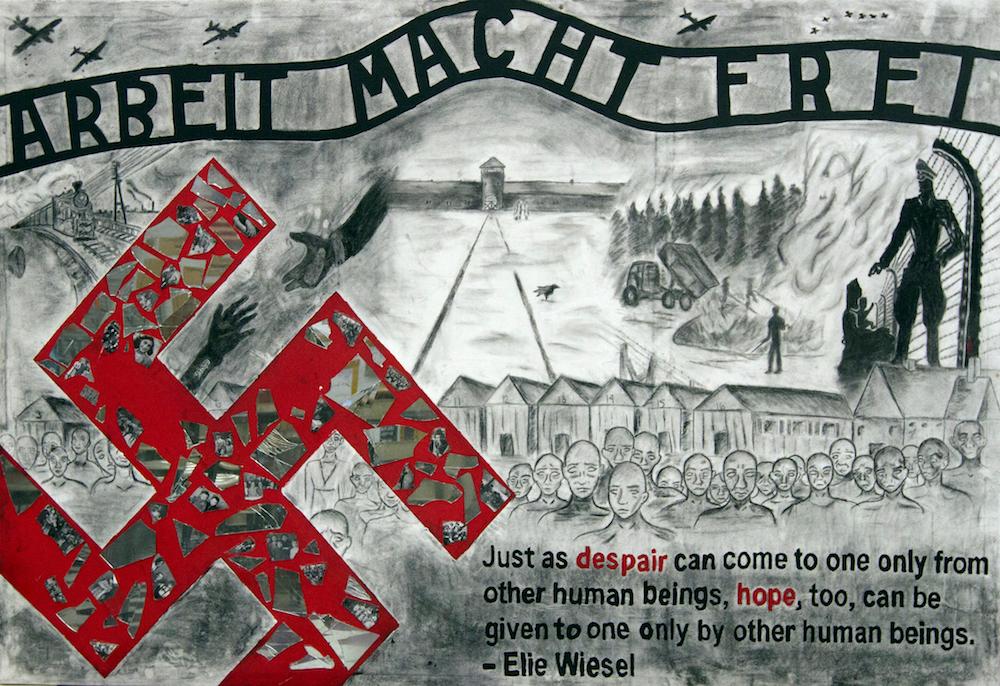 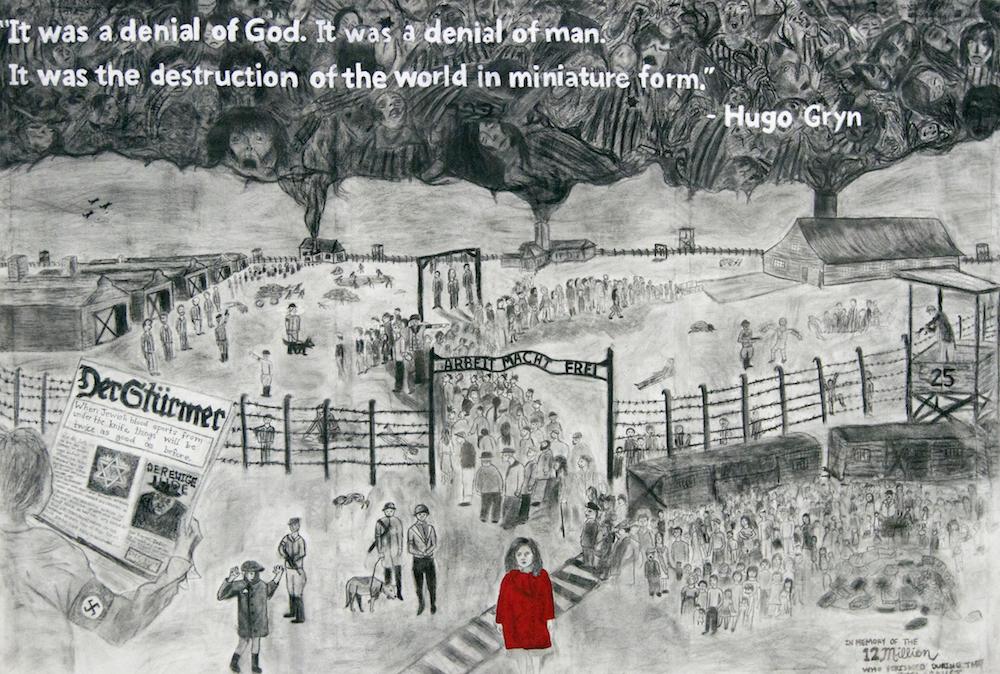 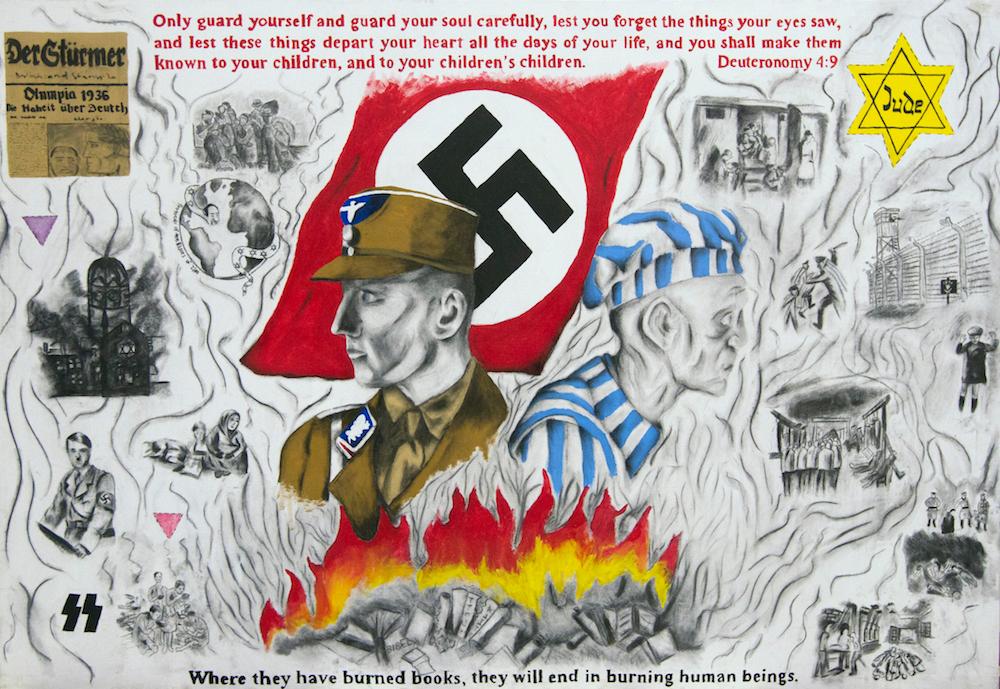 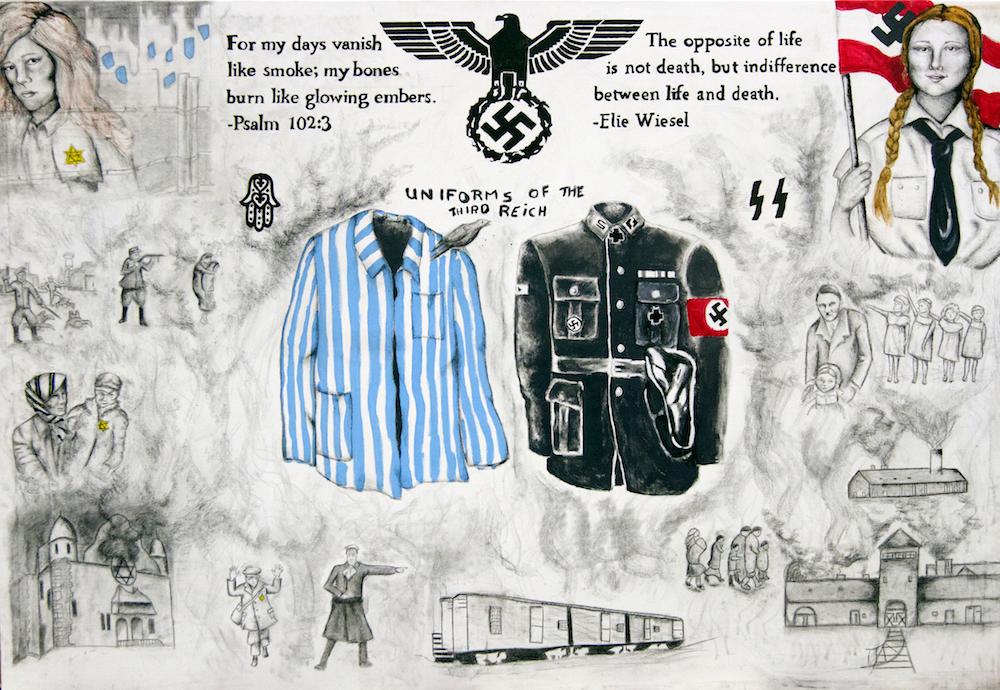 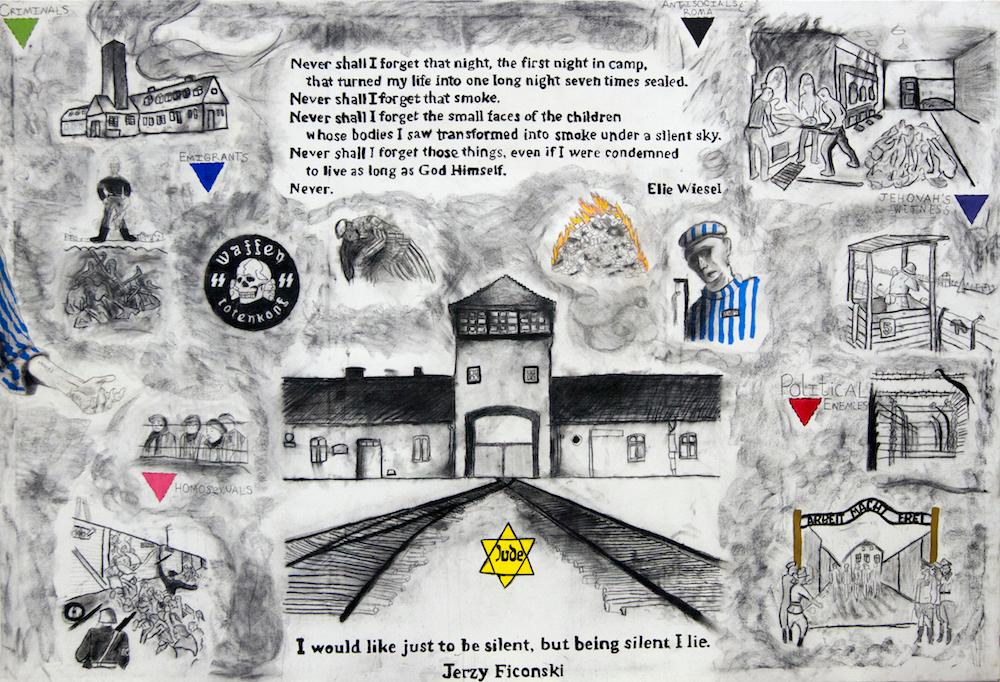 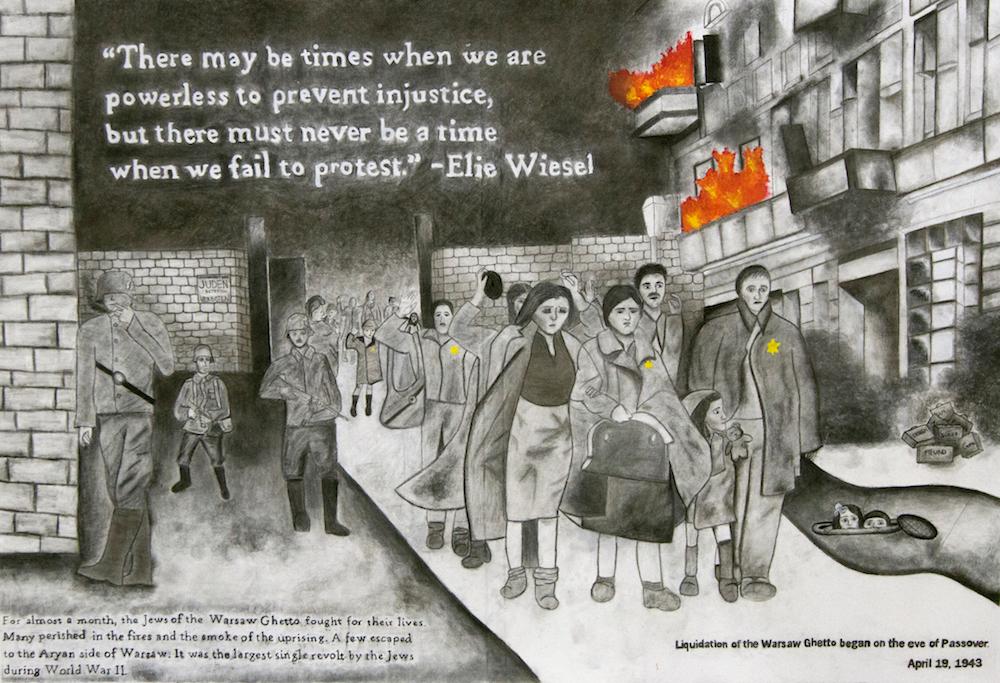 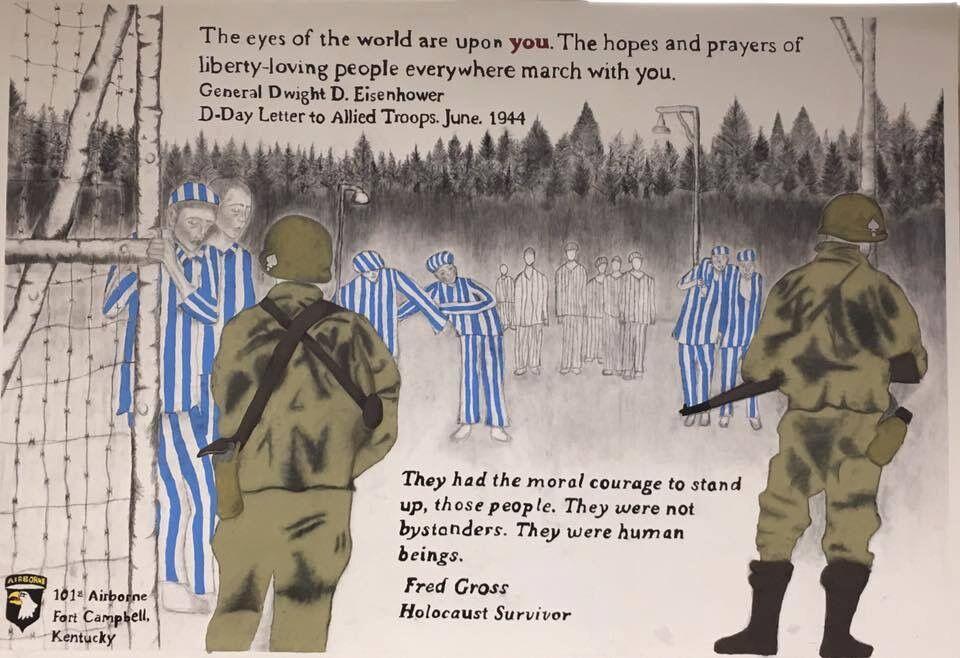 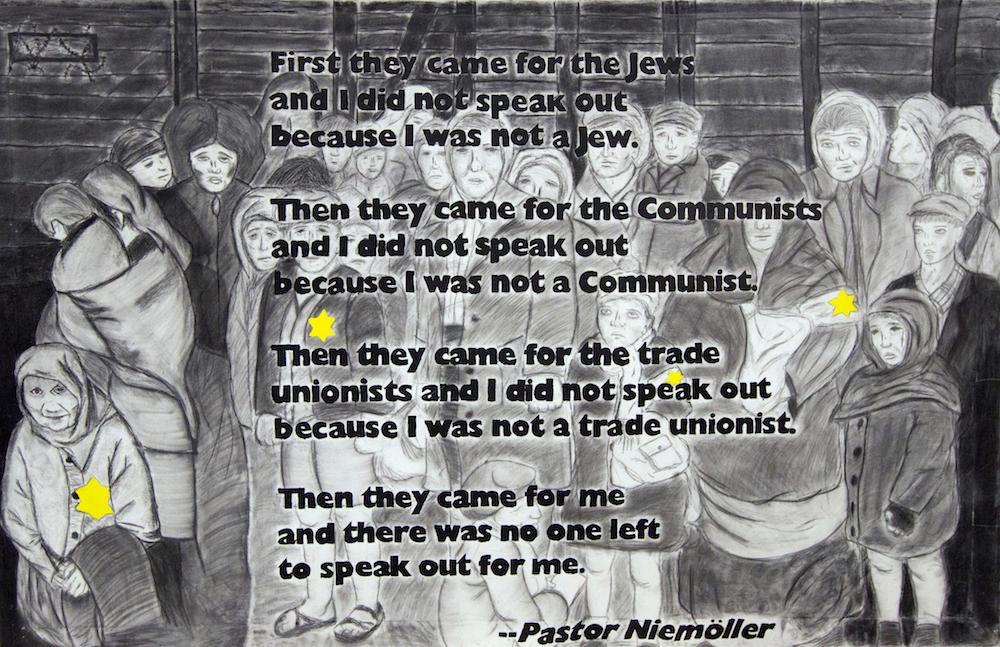