A Quick Guide to Resource Conservation

WKU started a composting effort in 2014 and has been collecting food waste from the largest dining location on campus, Fresh Foods. This composting effort has diverted between 1,000 to 4,000 pounds of post-consumer waste from a landfill. Support and funding from the Kentucky Energy & Environment Cabinet’s KY PRIDE Composting Grant has allowed WKU to expand the composting program to all dining locations on campus. In 2018, the composting program began collecting pre-consumer waste and averages over 1400 pounds daily. The next goal will be to integrate concessions at football and basketball games.

WKU uses a method of recycling called single stream. This means that paper, plastics #1-7, aluminum, glass, tin, and small cardboard into one container. All these recyclable items are then sent to an off-site facility for separation and recycling. Plastic bags and Styrofoam are items not collected for recycling on campus.

In an effort to reuse and repurpose everything on campus before buying new items, the WKU Surplus department houses desks, chairs, monitors, office furniture, office supplies and various other pieces of WKU property. Surplus will pick up WKU owned assets, with the exception of computers. Once an item is considered no longer needed on campus, Surplus will auction the item during one of four quarterly online auctions through Govdeals.com. Please visit Govdeals.com for more information and to register as a Govdeals.com bidder. Quarterly auctions are held on the following dates: 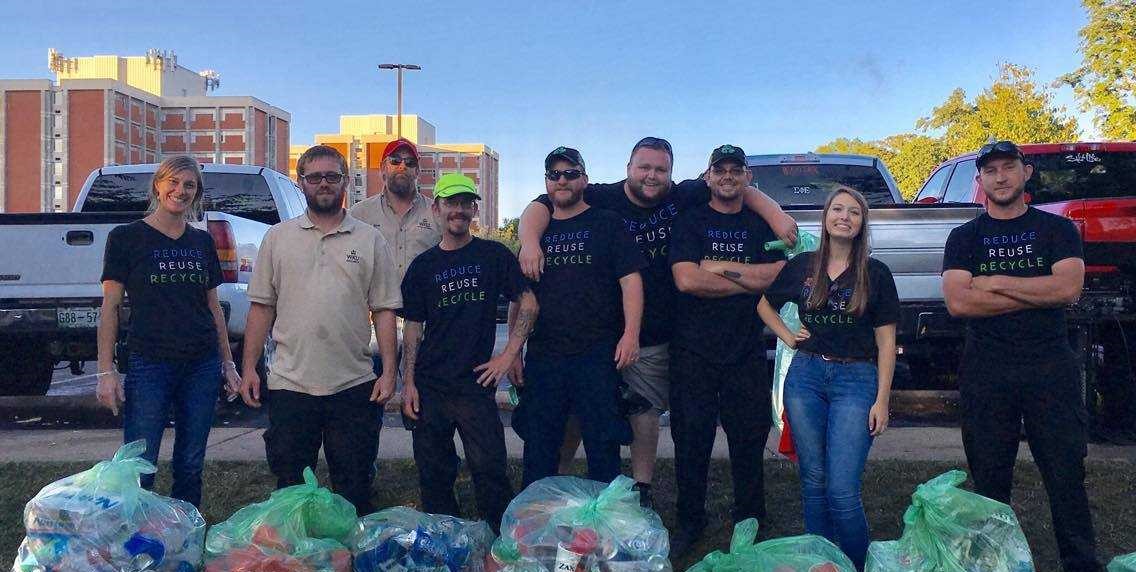