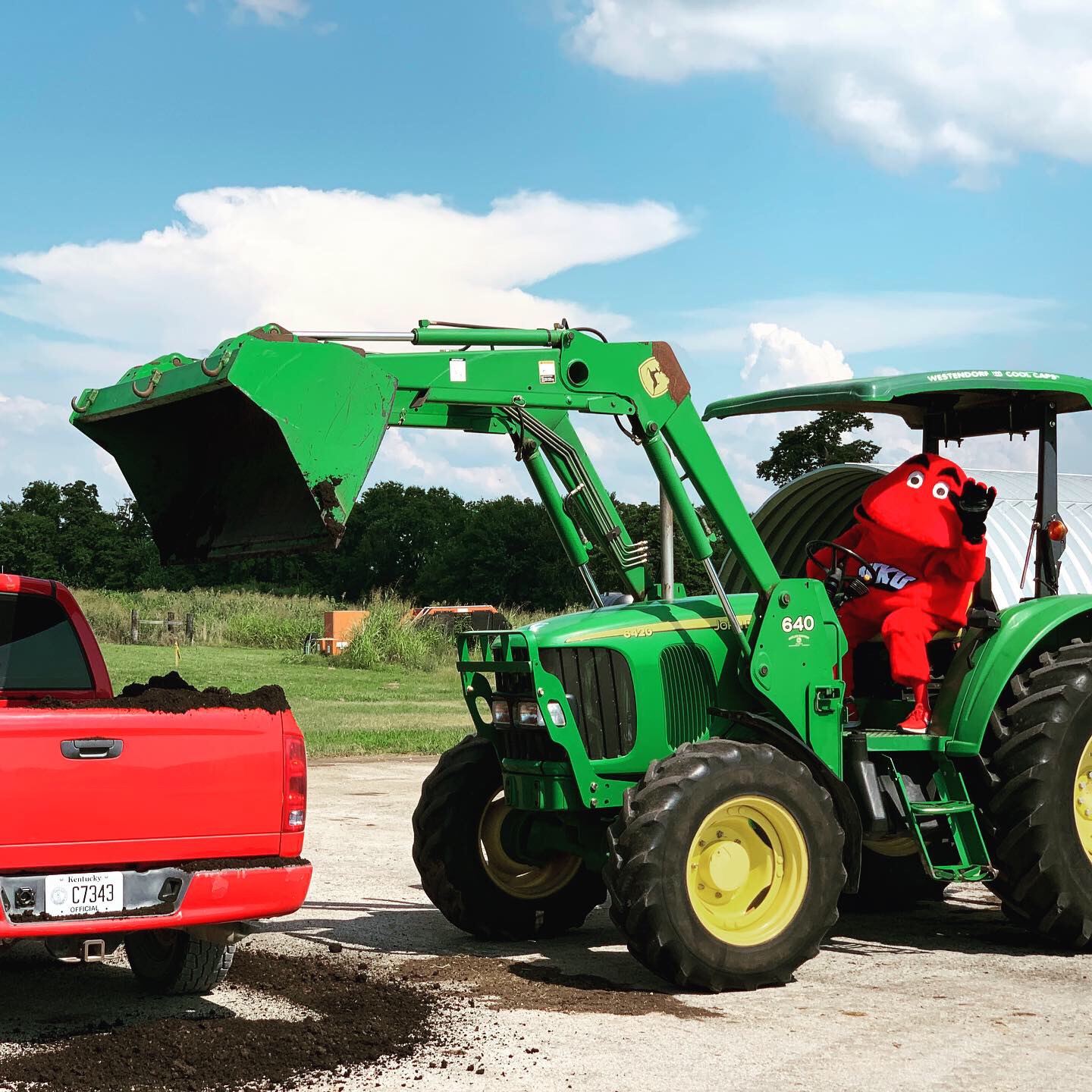 Composting keeps food waste out of the garbage and in the garden! WKU composts a majority of food waste to create a nutrient-rich soil amendment and fund student scholarships.

Thanks to generous funding from the

Since 2014, WKU has been collecting food waste, mostly post-consumer waste, from one dining location; Fresh Food Company in DSU. This composting effort produced between 1,000 to 4,000 pounds of food waste every month. With support and generous funding from Kentucky Energy & Environment Cabinet's KY PRIDE Composting Grant, WKU has since expanded its compost operations to include a majority of dining locations on campus!

Beginning in February of 2018, WKU began to expand composting operations and is now collecting pre-consumer food waste from most dining locations: DSU (including Burrito Bowl, Food Court, Fresh Foods, and Starbucks), the Commons (including Panda Express, Moes & Rising Roll), Chili's, DaVinci's, Catering Services at the Knicely Center, The Spread, Java City, Subway/POD at Bates,  and Basketball/Football Concessions. From these locations, WKU is collecting an average of 1,200 pounds of pre-consumer food waste each day.

Check out our 2019 promotional Composting Video! 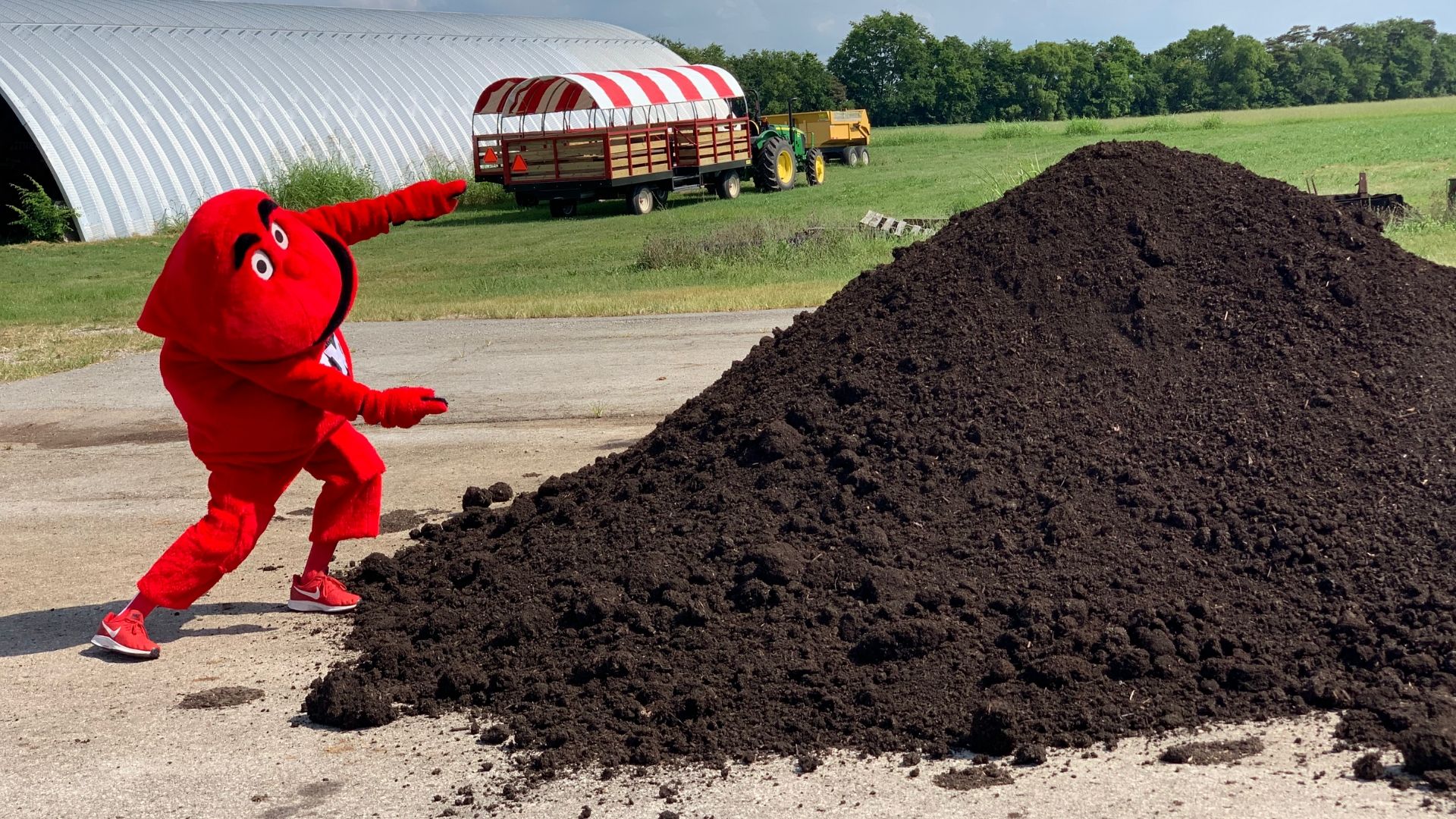 How is it collected? 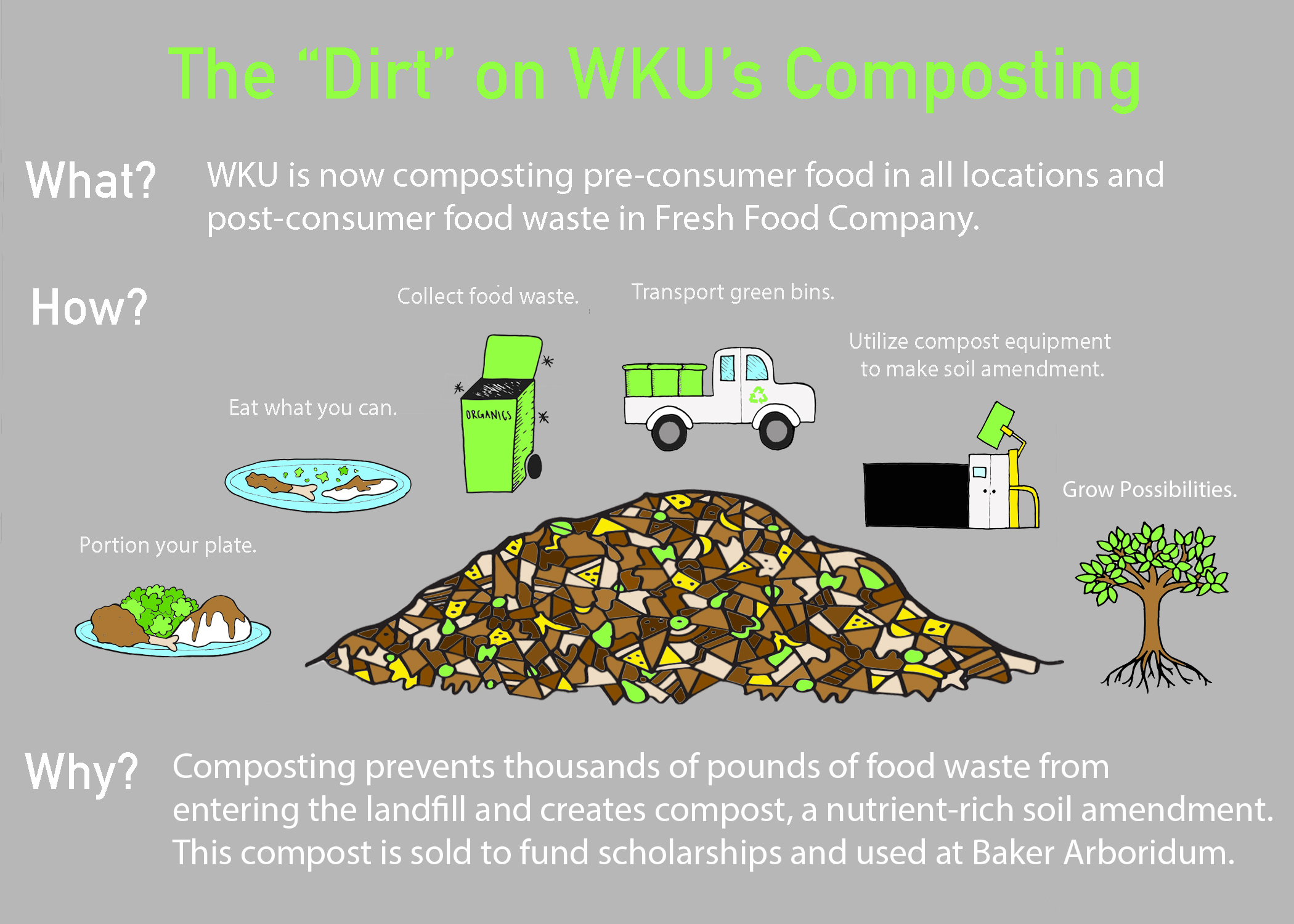 Where does it go?

Each morning, WKU Facilities employees deliver clean, empty, sanitized compost carts to each dining location and pick up any full compost carts. The food waste is then taken to one of two locations: Baker Arboretum or the WKU Agriculture Farm. At Baker Arboretum, the food waste will be composted in an In-vessel Digester, the C.O.W. (Composting Organic Waste), locally manufactured and custom-built by CGS Machine & Tool Inc. This piece of equipment contains the composting process, reduces offensive odors, and increases the rate at which food waste decomposes. Once finished, compost is used in ongoing landscaping projects throughout the Arboretum.

At the WKU Ag Farm, food waste is folded into the Farm's existing mulch and compost piles, turned periodically, and run through the Roto-Screen to remove any non-organic contaminants. Finished compost is used on campus and sold to the community. 75% of proceeds generated from mulch and compost sales at the WKU Farm fund student scholarships for WKU students in the Agriculture Department so check them out on Facebook!

Food represents 21% of our waste stream, the highest percentage of any single material reaching U.S. landfills and incinerators. Reducing and diverting food waste from the landfill conserves natural resources and reduces costs to the university. Composting also allows food waste to naturally decompose into a soil amendment rather than slowly rot in a landfill. Composting produces less greenhouse gases than landfill disposal and improves soil health. Composting is one way WKU is taking responsibility for its waste and building a more sustainable community.

Are you interested at composting at home? Check out the flyer below to get started! 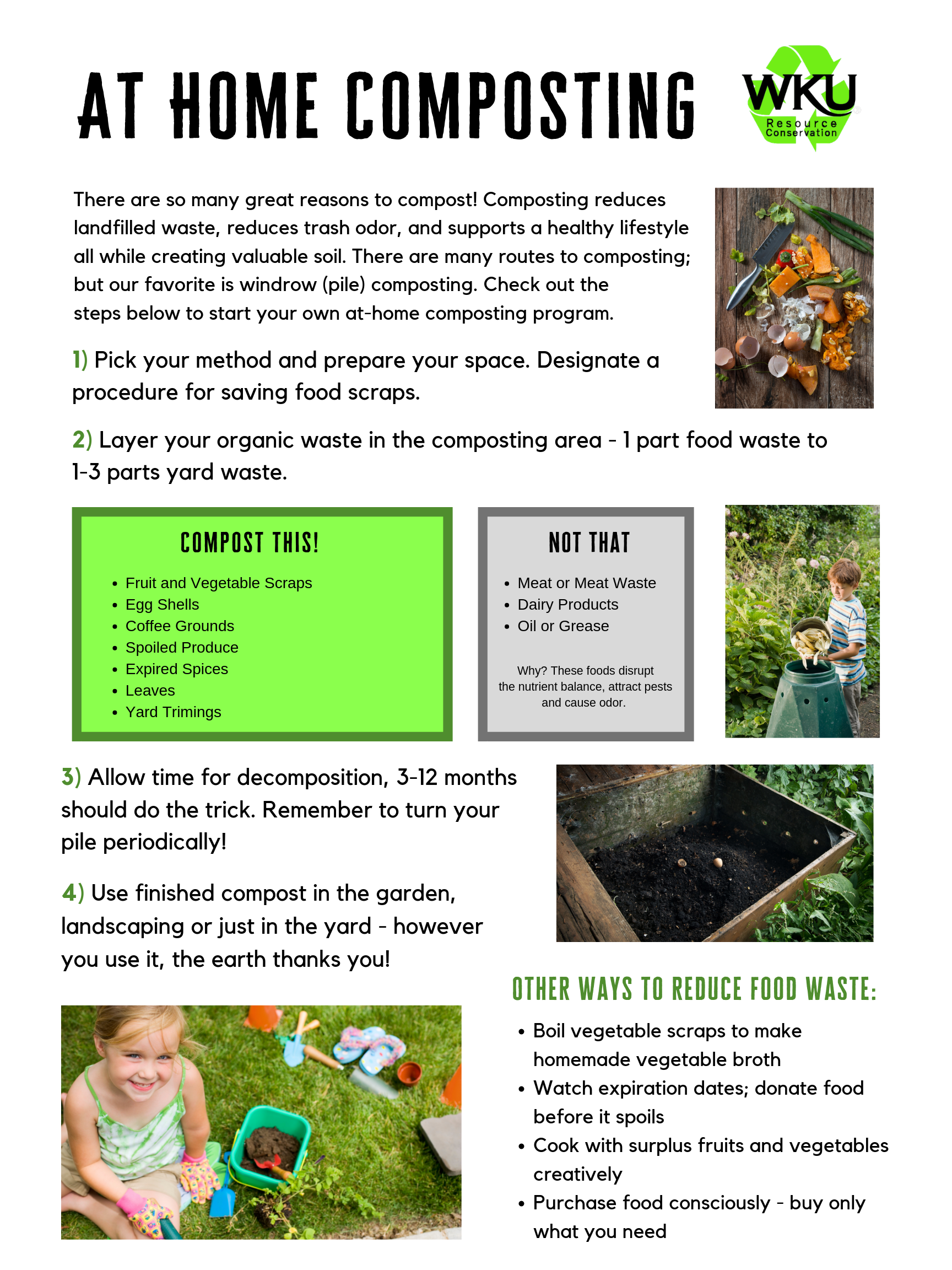