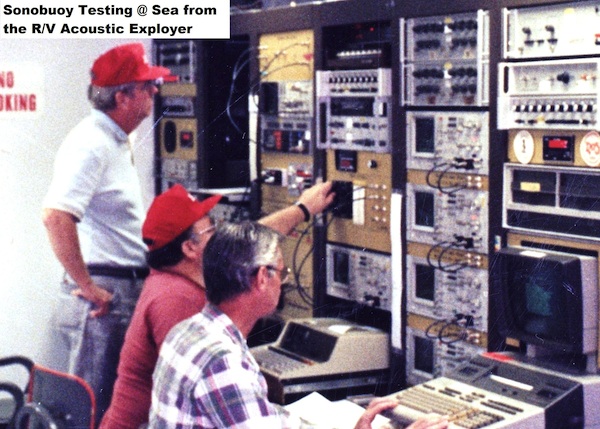 Name and address of recent employer

I am a retired electronics engineer. My last position before retiring in 2007 was at URS Corp where I was a senior engineer supporting the Naval Air Systems Command Anti-Submarine Warfare Sensors Program. My field of expertise was testing underwater acoustics transducers, electronic assemblies, and RF transmitters/receivers. These components are used in sonobuoys which are air-launched expendable buoys equipped with underwater transducers designed to receive and relay sounds emitted from ships and submarines to remote processors located on patrol aircraft. Before joining URS, I worked at Naval Surface Warfare Center, Crane Division for 33 years as a supervisory electronics engineer. Our group was part of the Naval Aviation Systems Team procuring sonobuoys to be used in the Navy’s ASW effort. We conducted the design qualification and production testing of these devices. Prior to entering federal service in 1970, I worked four years at the General Electric Company in Owensboro, KY designing electron vacuum tubes. My first job after graduation from Western was teaching physics and physical science at Todd County High School, Elkton, KY.

The understanding of basic physical principles which I learned from studying physics helped me analyze and solve technical problems I encountered as an engineer. Also, I feel that my background in physics prepared me for a wide range of jobs in both industry and the federal government. Western was a good college choice for me because I may not have stayed with the physics degree program without the encouragement from faculty and fellow physics majors. Such support may have been lacking at a larger university.

A degree in physics or electrical engineering is required. In addition to technical preparation, developing good communication skills, both verbal and written, will be very helpful. A work-study or summer intern program is a good way to experience firsthand what engineers do and to determine if this is the right career choice. Many companies and federal agencies offer these positions as part of their personnel recruitment programs.

Favorite memory from my time at WKU

My favorite memory of Western is the long walks to class with fellow physics majors. Several of my classmates lived in North Hall and I lived in East Hall. We would meet for breakfast in the North Hall grill and then head up the “hill” together. This was in the dark ages before notebook computers or even electronic calculators. The state of the art portable calculator was the slide rule. During our freshman year, we were introduced to the Post VERSALOG slide rule. It was a thing of beauty, approximately 12 inches long, and it came with a hostler. At first, we would strap our VERSALOGs to our belts like old-west gun-slingers and make the trek to Thompson Science Building for enlightenment into the mysteries of the physical world. This ritual continued until we realized that the occasional laughter heard from groups of students we met was in response to someone whispering “look at the science nerds.” Thereafter, we carried our VERSALOGs discretely under our arms with our textbooks. Yes, this was also the era before students used backpacks to carry their books & supplies. I still have my VERSALOG slide rule. It along with my Sigma Pi Sigma pin and certificate are the only memorabilia from my time at Western that I have kept over the years.

In the 1960s, Western was still a small college and the Physics Department headed by Dr. Marvin Russell was a great place to be. The faculty (Mr. Barnhardt, Mr. Dawson, Dr. Hall, Mr. Logsdon, & Dr. Moore) were very supportive of me even though I didn’t demonstrate much aptitude for advanced study. I recall once after several hours of torment taking a “no time limit” final, Mr. Barnhart said “Jim, don’t sweat it, I have extracted my pound of flesh from you.” Mr. Dawson selected me to be one of his laboratory teaching assistants and to be a TA/dorm counselor for high school students attending the National Science Foundation sponsored summer programs. The summer before my senior year, Pattye (my high school sweetheart) and I married. Dr. Russell hired me to be a department assistant and was instrumental in finding Pattye a job on campus. Mr. Logsdon helped me get my first engineering job, after I realized I couldn’t support a growing family on what teachers were paid in 1965.