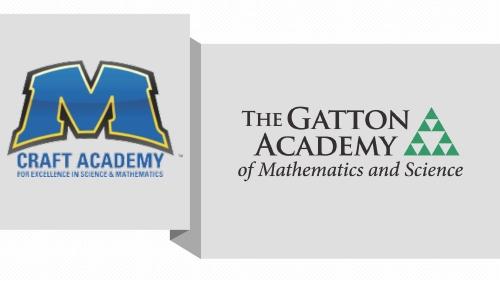 The Gatton Academy of Mathematics and Science along with The Craft Academy for Excellence in Science and Mathematics announced on Tuesday, December 15, 2020, their coordinated admissions deadlines will be extended from February 1st, 2021 to March 1st, 2021.

The programs are taking steps to support prospective students in applying for admissions to the academies despite the current pandemic. In addition to extending the deadline, these measures include offering special administrations of the ACT at the academies’ host campuses of Morehead State University (Craft Academy) and Western Kentucky University (Gatton Academy). Known as ACT OnCampus (formerly known as the ACT Residual Test), these special testing dates provide prospective students the opportunity to take the ACT exam outside of a national test administration and are less likely to be cancelled or rescheduled. For more information on registering for the ACT OnCampus, prospective students should email the Gatton Academy at academy.wku.edu and The Craft Academy at craftacademy@moreheadstate.edu.

Offering ACT OnCampus opportunities and extending the admissions deadline maintain the admissions standards of The Craft Academy and The Gatton Academy while addressing some of the barriers prospective students have faced in this unprecedented time. Both academies are looking forward to next fall with full residence halls and in person classes.

About The Gatton Academy: Established in 2007, The Gatton Academy is Kentucky’s first residential two-year program for gifted and talented junior and seniors. The Gatton Academy’s students enroll as juniors and are full-time WKU students pursuing their interests in advanced science, technology, engineering and mathematical careers. The Gatton Academy has been named to Jay Mathews’ list of top-performing schools with elite students for ten consecutive appearances and was recently awarded the NCSSS 2020 Innovative Partnership Award for their study abroad partnership with Cloudbridge Nature Reserve.

About The Craft Academy: Established in 2015, The Craft Academy is a residential program for academically exceptional Kentucky high school students. The Craft Academy's purpose is to meet the unique educational needs of academically gifted and talented high school juniors and seniors in the Commonwealth. The academic rigor of the Craft Academy challenges students to excel at their highest level through project-based STEM+X courses and hands-on learning experiences, with emphasis on innovation, design and creativity, and civic and regional engagement.