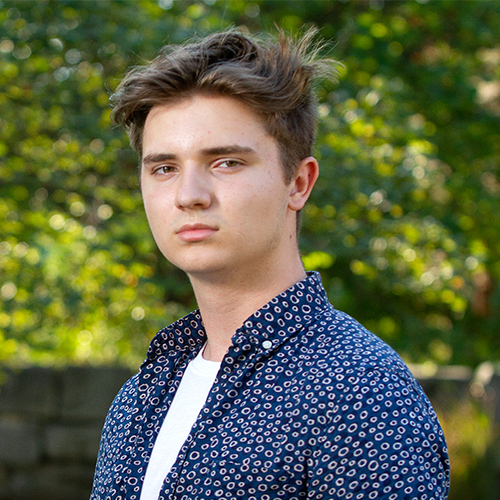 Graham Stephens, a 2019 graduate of the Carol Martin Gatton Academy of Mathematics and Science in Kentucky and Monroe County High School, has been awarded the US Department of Defense’s (DoD) Science, Mathematics, and Research for Transformation (SMART) Scholarship.

Stephens is the son of Loralee and the Honorable Wes Stephens of Tompkinsville.  Stephens will pursue undergraduate study in computer science at the University of Washington in Seattle over the course of the next three years.  The estimated value of Stephens’ SMART Scholarship exceeds $190,000 summed over the next three years.

“Although Graham worked in my lab strictly as a non-credit-earning volunteer, he was an important contributing member,” Dr. Hahn said.  “Within the last year, he developed several algorithms that analyzed written text to determine the likelihood that the author of the text was depressed. In the spring semester, Graham developed a simple machine learning approach to the problem available online.  Before starting his SMART Scholarship this fall, he will be developing much more advanced machine learning approaches to language processing this summer as a Machine Learning intern for Nashville-based Advent Health Partners.”

“The STEM + Russian program and my research have been some of my favorite aspects of the Gatton Academy,” Stephens said.  “Russian courses introduced an important diversity to my curriculum by getting me to think about something other than STEM and academically challenged me in a unique way. My WKU research allowed me to gain niche computational skills that will be invaluable in both my educational pursuits and in real-world computational environments. I believe these experiences were strong factors in my pursuit of the SMART Scholarship and will be even more important once I begin work with the DoD.”