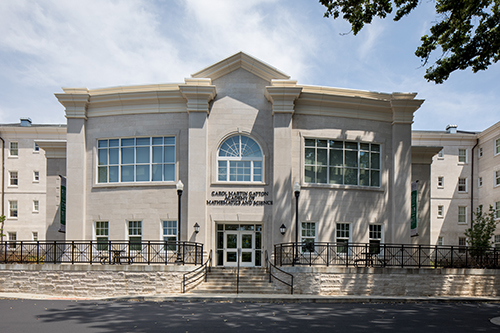 The Gatton Academy of Mathematics and Science has been named to Jay Mathews’ list of top-performing public schools with elite students for the tenth consecutive time.

Since 1998, educational columnist Jay Mathews has ranked public high schools using the Challenge Index, his measure of how effectively a school prepares its students for college. The Challenge Index is the oldest high school ranking system in the country.  Prior to the 2019 list being posted on Mathews’ website (https://jaymathewschallengeindex.com/), the list could be found annually in The Washington Post or Newsweek.  The Gatton Academy first appeared on Mathews’ list in 2009 and has been recognized in each subsequent publication of the list, making this the tenth consecutive appearance.

Once again, The Gatton Academy found itself among the nation’s twenty-seven most distinguished public high schools.  Schools such as the Arkansas School for Mathematics, Science and the Arts, the Illinois Mathematics and Science Academy, the North Carolina School of Science and Mathematics, and Thomas Jefferson High School make perennial appearances on the top-performing schools with elite students list.

“We are excited and honored to be considered among the best schools in the country. We are proud to represent Kentucky’s commitment to education,” said Director of The Gatton Academy, Dr. Lynette Breedlove.  “The Gatton Academy’s university model provides bright, highly motivated students with the academic rigor they crave and the social-emotional support they need.  Our school’s success is shared with schools and districts across the Commonwealth that prepare students for our environment and with WKU faculty and staff who challenge our students in their classrooms alongside traditional college students.”

“Being recognized as a top performing school with elite students for ten appearances is definitely noteworthy,” stated Dr. Julia Roberts, Executive Director of The Gatton Academy and Mahurin Professor of Gifted Education.  To be commended are teachers at the students’ sending schools, WKU faculty, and the staff at The Gatton Academy.”