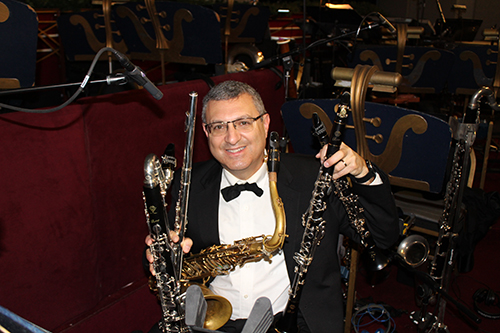 Dr. Cipolla has been a long-standing tenured member of this orchestra. Prior to his appointment at WKU in 2002, he worked as a full-time professional woodwind player in New York City performing and recording with a variety of classical, contemporary and commercial artists and ensembles including recordings on Sony, ECM New Series, Centaur, Nonesuch, Dance Vision Records, NBC television, numerous radio broadcasts, The New York City Opera, The St. Luke’s Chamber Orchestra, The Radio City Music Hall Orchestra, Meredith Monk, Aretha Franklin, Liberace, Johnny Mathis, Dizzy Gillespie, Mario Bauza’s Latin Jazz Ensemble, as well as being a member of the orchestra for one of the longest running Broadway shows, CATS.