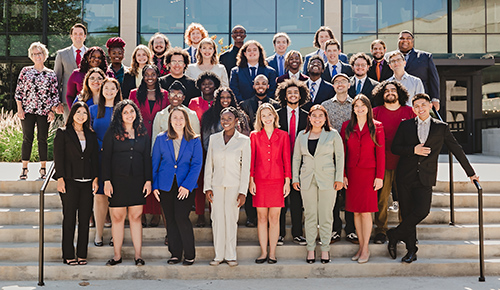 Combining four virtual tournaments into a single weekend, the event offered competition in debate and individual events over three days, hosting 28 universities from 16 states including University of Illinois at Chicago, University of Alabama, and Vanderbilt. WKU students competed in the tournament, but as host the team was not eligible for team sweepstakes awards.

WKU Director of Forensics Ganer Newman expressed his gratitude to members of the WKU faculty and staff who helped judge the tournament. “Colleagues from Broadcasting, The Center for Gifted Studies, Student Support Services, and Music pitched in to help judge the competition,” he said.

Newman also remarked on the involvement of alumni in the tournament. “Alumni from around the country offered their time to judge the competition. We are grateful for their continued support in making the tournament such a tremendous success!”

Along with hosting, WKU team members competed in the Fall Tournament contests. On Friday, the team competed in the Alexis Elliott Memorial Round Robin Debate Tournament, an annual selective debate competition featuring the previous season’s top two Lincoln-Douglas debaters from participating universities. WKU senior Andre Swai won the tournament on a 3-2 judge decision against a student from the University of Nebraska-Lincoln.

Director of Debate Chad Meadows felt encouraged by the debate program’s strong start. “The WKU Round Robins are one of the most important benchmarks of our competitive season,” Meadows said. “To win both is a good signal that our season approach is on the right track, and that we have a good foundation to build on.”

This week, the Hilltoppers continue preparations for the first in person competition of the 2022-2023 season with a debate tournament hosted by Lafayette College.

Results from the WKU Fall Tournament

Results from the WKU Round Robin