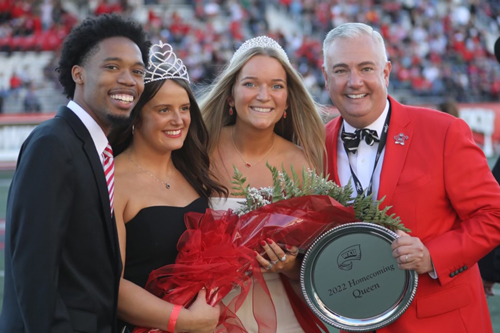 Powell, daughter of Dawn and Larry Powell, is a Public Relations and Corporate & Organizational Communication major with minors in Broadcasting and Sales. She was sponsored by Omega Phi Alpha, Alpha Tau Omega and Sigma Nu.

First runner-up was Ashira Gibbs of Brentwood, Tennessee, daughter of Vanecia and Glen Gibbs. She is a Marketing major with a minor in Dance and was sponsored by WKU Spirit Masters.

Second runner-up was Breanna Creekmore of Nicholasville, daughter of Todd and Renee Creekmore. She is a Biology and Chemistry major and was sponsored by Kappa Delta, Kappa Alpha Order and Alpha Gamma Rho.