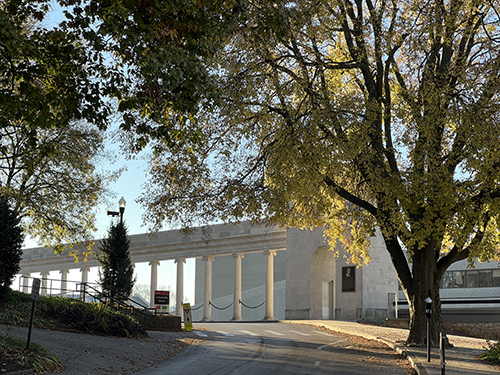 During the daylong recognition ceremonies at Diddle Arena, WKU will confer degrees to 1,186 graduates – 18 doctoral, 153 master’s, one specialist, 839 bachelor’s and 56 associate degrees and 78 undergraduate and 41 graduate certificates. (More: Event parking)

The schedule for Saturday's ceremonies is as follows:

Ceremonies will include the ceremonial conferral of degrees, remarks from college deans and recognition of scholars. The graduates also will be individually recognized and shake hands with President Timothy C. Caboni.

Zena Pare of Alvaton, a triple major in Economics, Corporate and Organizational Communication, and International Business, will be recognized as the Ogden Foundation Scholar during the 8 a.m. ceremony. WKU’s top undergraduate academic award is presented to one graduating baccalaureate degree senior who has demonstrated exceptional academic achievement and outstanding university and civic engagement.

The ceremonies will be broadcast on WKU PBS and on the WKU Facebook page and WKU YouTube channel.

Other fall graduation celebrations include:

A WKU Professor with the College of Education and Behavioral Sciences was recently awarded a prestigious grant from WorkRise with the goal of driving action towards accelerating economic mobility and advancing equity in the US labor market.