All Day
A Seat at the Table

In politics, the old adage “having a seat at the table” is often used to refer to those in positions of power, influence and policy making. This poster exhibit highlights a few of the women who have held political office and had “a seat at the table” in decision making for the Commonwealth.

All Day
Facing the Freshmen Year

This exhibit tells the stories of freshmen year from participants in a student success intiative, WKU Freshmen Guided Pathway (FGP). This cohort of first-time, full-time students who graduated from one of five high schools in Warren County represent the typical WKU freshman in terms of academic achievement prior to admission and their demographic makeup.

FGP assists students as they negotiate the often difficult affective and academic shifts between high school and college. Learn more about the program in this exhibit, presented by the Kelly M. Burch Institute for Transformative Practices in Higher Education, Office of Strategic Communications and Marketing, the College of Education and Behavioral Sciences, the WKU Center for Literacy, and the Kentucky Museum.

All Day
Gazing Deeply: The Art & Science of Mammoth Cave

Gazing Deeply showcases how WKU’s backyard—the unique landscape of Mammoth Cave—is being studied, interpreted, and inspiring action on environmental change. Coinciding with the UNESCO Conservation of Fragile Karst Resources: A Workshop on Sustainability and Community and Earth Day’s 50th anniversary in 2020, this exhibition is a collaborative effort between arts and science faculty and students that highlights one of the most well-known and vital natural landscapes in the world.

This exhibit traces the history of Kentucky women in politics and political activism, featuring artifacts from the Rather-Westerman Collection and the America United/Divided project.

2:00pm
Songs for a New World
Come join WKU’s Department of Theatre & Dance for a production of Jason Robert Brown’s Songs for A New World that you get to watch from the best seat in the house: yours. This well-known song cycle will be filmed and streamed into your home on April 17th at 7 p.m. and April 18th at 2 p.m. Tickets are $16 and can be purchased here.

The past year has been full of conversations of finding the “new normal” and shaking up old ways of being in the world. It can feel like there has never been a time as new and as strange as this one…but life has always been full of “new world” moments. Join a company on the precipice of change as they rehearse the new world of the future by trying on moments of transition from the past. Set against the backdrop of WKU’s beautiful campus, WKU’s production of this 1995 song cycle reminds us that, while there may be nothing new under the sun, we can use the light of the past to guide our way. 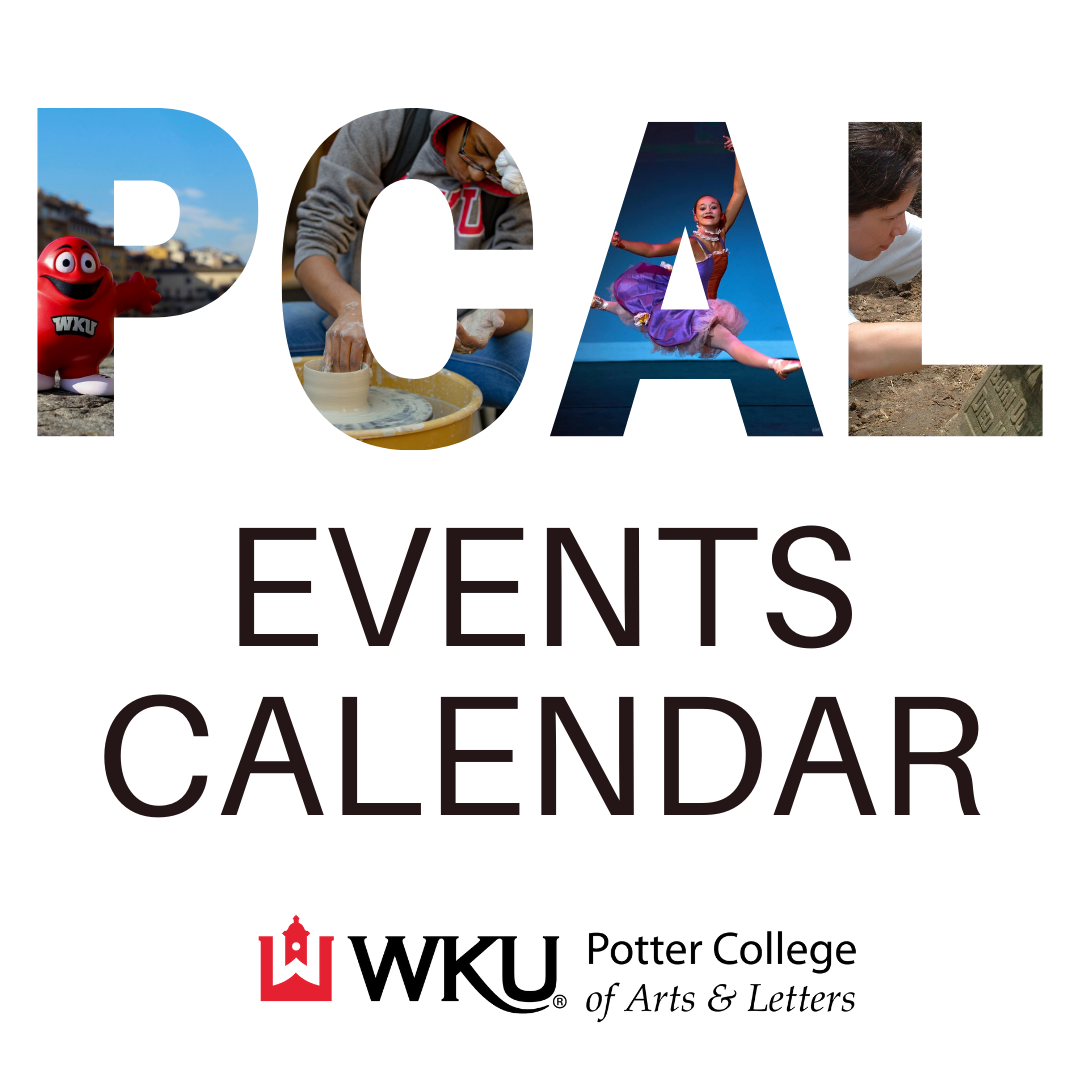 Submit an event to the PCAL Calendar of Events