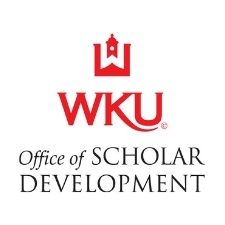 WKU students and recent graduates in a variety of majors and degree programs earned recognition in the nation’s most prestigious scholarship competitions during 2020-21. One hundred sixteen WKU students and recent graduates submitted 155 applications for nationally competitive scholarships. They earned recognition 63 times, totaling more than $653,627 in funding for graduate school, language study, public service, and study abroad.

The proportion of these students is significant not only for the material benefit they gain; high-impact practices that enrich their total educational experience are embedded in national scholarship competition. Developing application materials is a writing-intensive process, and students and recent graduates engage in regular, frequent feedback with professionals in the Office of Scholar Development. This can occur over weeks in a single application cycle, but students often return to apply for additional opportunities, developing their skills over a period of months or years to pursue research, study abroad, internships, service learning, and other high-impact practices.

The 2020-21 academic year marked the twelfth year since the Office of Scholar Development was created. In the past five years alone, 304 applications submitted by WKU students and alumni who worked with the Office of Scholar Development earned recognition in nationally competitive scholarship competitions. To view all WKU students who have earned recognition from OSD-supported experiences since 2011, click here.

“Going through a full year of disrupted award cycles, oddly enough, has made the value of the Office of Scholar Development clearer. Working with OSD, students learn to articulate who they are, what they care about, and why, and then they say how they’re going to use that in the future,” said Dr. Cobane.

“When they are selected for a scholarship that takes them abroad, it’s easy to judge the value of that award—they got to study abroad when they couldn’t have otherwise. When they win the scholarship and can’t go abroad, they’ve still learned and practiced—with intensive support—these critically important skills. They can do it the next time they have to make a case for themselves in writing,” he said.

The Benjamin A. Gilman International Scholarship awarded $190,000 to 42 WKU students, an institutional record for one academic year, and more than any other public institution in the state. In the October cycle, 21 students were named recipients, and another four were named alternates. In the March cycle, 21 additional students earned the scholarship—a 100% selection rate for WKU applicants who worked with the Office of Scholar Development. The Gilman Scholarship aims to promote diversity in international education by enabling students with limited financial means to study abroad.

Hilltoppers also earned honors in leadership and service scholarship competitions. One student was named a finalist for the prestigious Truman Scholarship, the premier graduate fellowship in the U.S. for those pursuing careers in public service. She is WKU’s tenth Truman finalist since 2011.

Another student was named WKU’s first Tillman Scholar. After over seven years of active duty in the U.S. Air Force, he is pursuing a career in child advocacy and evidence-based policy reform, combatting the cyclical nature of abuse, stigma, neglect, and instability he experienced as a fostered youth and then studied through WKU Online.

WKU students also continued to earn recognition in the Fulbright U.S. Student Program, which funds an academic year of research, study, or English teaching in one of about 140 countries worldwide. Two students earned Fulbright grants. One will conduct research in Mongolia and another will complete an English Teaching Assistantship in Taiwan.

WKU students also excelled in scholarship and internship competitions toward careers in international affairs. One student earned a Rotary Global Grant to fund graduate study at the International Master’s Program in Asia-Pacific Studies (IMAS) at National Chengchi University in Taiwan. Another student was selected for the Rangel Summer Enrichment Program, a six-week program that promotes greater diversity and excellence in international affairs.

Additionally, two Hilltoppers earned Graduate Research Fellowships from the National Science Foundation. One student is investigating the intersection of aging and reading comprehension, and a WKU graduate is studying computational neuroscience.