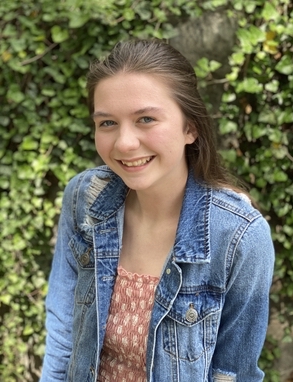 Funded by the U.S. Department of State, the Charles B. Rangel International Affairs Program prepares students for careers in international service.  The program seeks to promote greater diversity and excellence in the U.S. foreign service through graduate fellowships and its six-week summer enrichment program.

Fjeld, the daughter of LaNett and Richard Ivey, is an international affairs and Arabic double major with a minor in economics. Through this year’s virtual Rangel Summer Enrichment Program, she will study the history of U.S. foreign relations and global economics and complete a writing seminar to prepare for careers in public service. She will also virtually visit the Department of State, Department of Defense, and Capitol Hill, meeting diplomats and other foreign affairs professionals working on global issues.

The Rangel Summer Enrichment Program encourages the application of members of minority groups historically underrepresented in the Foreign Service, women, and those with financial need. “As a woman, I know what it is like to face discrimination, and I want to devote my life to ensuring that others receive equal access to all opportunities,” Fjeld said. “I want this to not only be reflected in changing domestic policies, but U.S. foreign policies as well. Everyone deserves to have their rights protected, no matter their country.”

Fjeld’s commitment to service is the foundation of her involvement at WKU. Fjeld advises fellow Mahurin Honors College scholars as a Peer Mentor and volunteers at Hospice of Southern Kentucky in Bowling Green. She also re-founded and became president of Americans for Informed Democracy, where she encourages students to advocate for federal and state policy change in conjunction with the ONE Campaign.

“Katrina learned early in the year that WKU students had once been actively engaged in the ONE Campaign's efforts to advocate for policy solutions to bring an end to extreme poverty and preventable disease through the Americans for Informed Democracy. These goals resonated with her commitment to service and hopes for U.S. foreign policy,” said Dr. Audra Jennings, the advisor for Americans for Informed Democracy.

“Despite the difficulties the COVID-19 pandemic has created for organizing, Katrina has begun recruiting a solid membership base, organizing her peers to advocate for COVID-19 vaccine access in low-income countries, and creating a foundation for continued work with the ONE Campaign to fight to end extreme poverty and to promote gender equality. She has demonstrated a deep commitment to this work and a willingness to do the hard work that change so often demands,” said Jennings.

Following the Rangel Summer Enrichment Program, Fjeld plans to study abroad for the fall semester in Jordan, where she will further enhance her Arabic proficiency and understanding of Jordanian culture. She is a passionate advocate for equity and human rights and aspires to become a Foreign Service Officer in the Middle East.

Fjeld sought support from the Office of Scholar Development at WKU in preparing her application for the Rangel Summer Enrichment Program. The Office of Scholar Development is committed to helping WKU students in all majors and degree programs develop the vision, experience and skills to be independent, engaged scholars by supporting applications for nationally competitive scholarships.