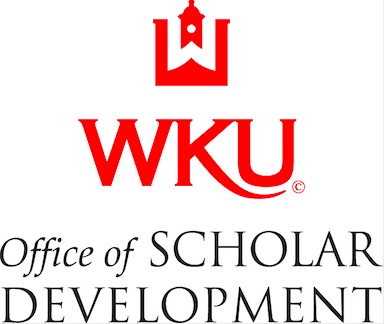 The proportion of these students is significant not only for the material benefit they gain; high-impact practices that enrich their total educational experience are embedded in national scholarship competition. Developing application materials is a writing-intensive process, and students and recent graduates engage in regular, frequent feedback with advisors in the Office of Scholar Development. This can occur over weeks in a single application cycle, but students often return to apply for additional opportunities, developing their skills over a period of months or years to pursue research, study abroad, internships, service learning, and other high-impact practices.

“The past academic year was a bit of a roller coaster--it gave us both satisfying results and unwelcome surprises,” said Dr. Melinda Grimsley, interim director of the Office of Scholar Development for 2019-20. “At the same time, it showed us that regardless of what is happening in the world, all of our students have enormous potential; they are resilient and dedicated to making their big dreams a reality.”

39 WKU students were recognized by the Benjamin A. Gilman International Scholarship, an institutional record for one academic year, and more than any other public institution in the state. Collectively, the students earned $120,000 for study abroad in 19 countries. The Gilman Scholarship aims to promote diversity in international education by enabling students with limited financial means to study abroad.

Chloe Cooper and Lee-Lee Knupp earned the U.S. Department of Defense’s (DOD) Science, Mathematics, and Research for Transformation (SMART) Scholarship, which funds full tuition, summer internships, and expenses. They were selected for this highly competitive award from over 2,000 applicants nationwide. They are WKU’s first recipients since 2012, joining 3 other WKU alumni who have earned the scholarship, which enhances the DOD civilian workforce with innovative scientists, engineers, and researchers to protect national security. Their awards combine for an estimated value of over $350,000.

Emma Warnecke was named a finalist for the prestigious Truman Scholarship, the premier graduate fellowship in the United States for those pursuing careers in public service. She was one of 773 candidates nominated by 316 colleges and universities, from which 136 finalists were named. Emma is WKU’s ninth Truman finalist since 2011.

Additionally, WKU students earned $330,000 in scholarships in competitions for undergraduate study abroad. One student was awarded U.S. Department of State Critical Language Scholarships for intensive language study in Japan and four other Hilltoppers were recognized as alternates. Five WKU students earned Boren Scholarships to fund language study in China and Taiwan, and Monterey, California. In the Benjamin A. Gilman International Scholarship competition, 12 students were recognized in the October 2019 application cycle, and an additional 27 were recognized in the March 2020 application cycle.

WKU students also excelled in scholarship and internship competitions toward careers in international affairs. One graduate earned a Rotary Global Grant to fund an M.A. in Conflict Resolution and Mediation at Tel Aviv University in Israel.Two WKU students were selected for U.S. Department of State Internships, and one was selected for the highly competitive U.S. Foreign Service Internship Program.