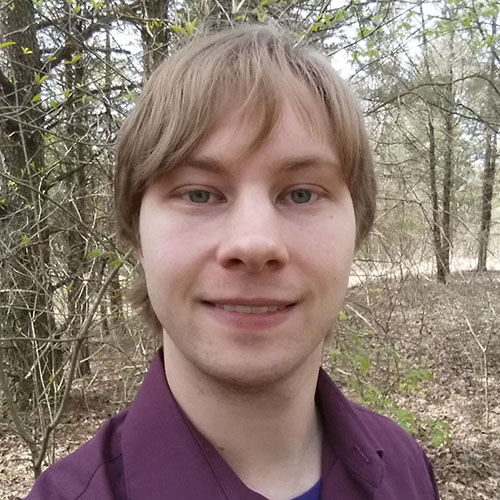 WKU English undergraduate alumnus and graduating MA student Jacky Killian has been accepted into the Japanese Exchange and Teaching Program, a highly competitive program that accepts applications worldwide from prospective teachers looking to teach English in Japan. The program receives between 5,000 and 7,000 applications from the United States annually, only accepting about 1,000 of those applicants. Killian graduated from WKU in 2014 with a degree in Professional Writing, getting a job the following year as an English as a Foreign Language Teacher for North China Electric Power University in Baoding. After his teaching in Baoding, Killian returned home to take care of a family member, and was eventually able to apply to graduate school in 2017.

“Applying for the JET Program came as a result of graduate school and living at home,” Killian said. “Going to China wasn’t even on my radar, but I was desperate to put my education to work; I didn’t have much to lose, after all, and a whole lot to gain.”

Once having the opportunity to work and live at home for a while, Killian focused on applications to teach English in Asia. While he hadn’t studied abroad during his undergraduate degree, his experience in China post-graduation had him ready to go abroad again. He was finally able to apply for the program in early 2019, and interviewed in front of a panel in February of 2020.

Killian said that WKU helped him in his success with JET and named several professors who helped prepare him. “The people who helped the most were Dr. Stickle, Dr. Hughes, Dr. Poole, Dr. Winkler, and Professor Megan Miller,” Killian said. “Dr. Hughes and Dr. Stickle organized and hosted a mock interview to prepare me for the actual interview. I think the mock one was more intense than the actual one.

Dr. Hughes expressed her excitement for Killian as he moves forward to new teaching opportunities with JET, and is even a former JET participant. She said that a combination of Jacky’s experiences at WKU make him the best candidate for the program.  “As a former JET, I know what the program looks like on a day-to-day basis, and I think Jacky is absolutely perfect for it,” Dr. Hughes said. “The JET Program will be lucky to have him!”

“After that, I tried not to think about it too much and just work and study until I heard back from them,” Killian said. “I was expecting not to get the job, but they offered me a position as an assistant language instructor.”

While many may want to go abroad for a variety of reasons, Killian says that he wants to go simply because he loves to teach, and in the end he is most passionate about living abroad rather than simply studying it. He looks forward to examining a new culture and living in an entirely new environment, just as he did in China.

“I still remember biking around the back streets in Baoding, just watching people take naps on their delivery trikes and eat noodles at a plastic table with their friends or significant other at lunch time,” Killian said.