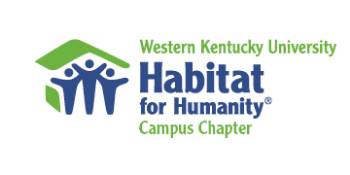 Members of the WKU Habitat for Humanity Campus Chapter will be spending their spring break in Decatur, Alabama.

The program, which is over 30 years old, allows students  the opportunity to give back during their breaks from school. This type of trip builds not only homes, but stability and strength within a community by providing simple decent affordable housing to those in need. For those who have chosen to participate by helping people they have never met, they will learn about building houses as well as about building themselves as they work in conjunction with others in a safe and guided fashion. Collegiate Challenge reports that one week can change a life, in addition to the people the participants are serving the life that is changed many times is the lives of the volunteers in the activity.