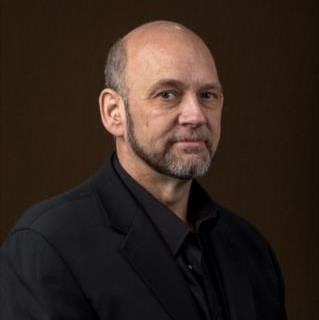 “I’ve received some great notes and feedback on this script over the last year, but to read the acceptance letter from Atlanta was mind-blowing,” said Jon Meyers.  Meyers will be attending ACFF in Atlanta on December 8.

Riding Aristotle is an ensemble rom-com period piece set in a rural Pennsylvanian liberal arts college in 1908.  The story revolves around the country's first female dean as she struggles with an invitation to a secret private club, while keeping an extra-marital flirtation under wraps from everyone at the university -- especially the jealous Vice Provost.

"Jon Meyers is one of our hardest working MFA students, and he brings a lot of positive energy to our program. It's great to see his creative work recognized in such a prestigious forum,” said Bell.

“It's really exciting to have one of our M.F.A. students selected for the Atlanta Comedy Film Festival. It's a well-known national festival and Jon Meyers competed against many other entries to receive this honor,” said Folk. “I know this feature script is one that he's been working on for a long time and has a special place in his heart. I'm proud of him for putting himself and his writing out there!”

The Atlanta Comedy Film Festival is a unique forum for comedy screenwriters, filmmakers, and television producers from all over the world to showcase their creative works in Atlanta, Georgia. In addition to the Screenwriting competition The Atlanta Comedy Film Festival showcases Short Comedy Films, Comedy Television Episodes, Micro Short Films, and funny music videos from all over the world. The festival is run by filmmaker Caroline King for Film Festival Circuit, which runs multiple festivals in Atlanta, Portland, Houston, and Austin.