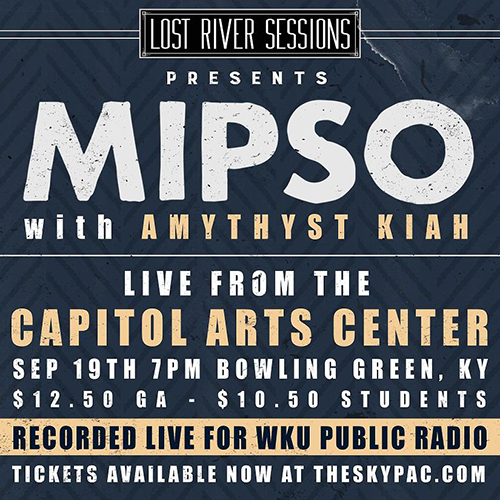 The next Lost River Sessions LIVE! concert will be Sept. 19 at 7 p.m. at the Capitol Arts Center. Featured artists include indie Americana quartet Mipso and special guest Amythyst Kiah.

Born from North Carolina’s broad range of disparate musical influences, Mipso’s distinctly unique sound is an undeniable alchemy of the historical musical traditions of the rural south and their progressive home of Chapel Hill. A discernible and rising force in the Americana musical genre, Mipso’s music is lush and forward moving – Appalachia melds with modern alt-country, hints of folk-rock are leavened with a sly and subversive sense of humor, and underneath it all is a genuine and moving passion for the ever-evolving traditions of Americana. With the recent release of the band’s fifth album, Edges Run (April 2018/Anti-Fragile Music), Mipso continues the complex dance of looking back and moving forward with grace and beauty.

Opening the show is special guest Amythyst Kiah who is described by Rolling Stone magazine as “one of roots music’s most exciting emerging talents.”