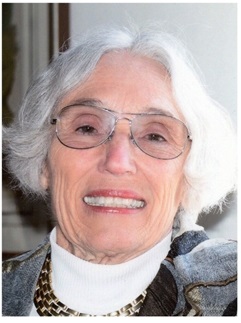 Dr. Shirley B. Gray (’57) is an award-winning teacher, researcher and mathematician.

A Professor of Mathematics at California State University, Los Angeles, Dr. Gray received the 2016 Outstanding Teacher of the Year Award from the Southern California-Nevada section of the Mathematical Association of America. She and her research team have been featured in Notices of the American Mathematical Society, one of the highest-impact journals in the world, for their work on the Method of Archimedes. In a quest to image the footprint of Archimedes, Dr. Gray found original mathematics neither identified nor published for 2,200 years. This collaboration united the mathematics, computer science and engineering skills of faculty, students and industry representatives—serving as a springboard for research projects that combined all three academic areas to strengthen STEM education.

Dr. Gray and her collaborators were the first on their campus to publish 3-D printer models based on mathematics. After an extensive search of literature, they were also among the first to identify a unique mathematical curve. After 27 years on the faculty at Cal State, she continues to produce nationally and internationally recognized scholarly work in the National Curve Bank Project initiated by the National Science Foundation and continued by the Arnold and Mabel Beckman Foundation.

She has implemented hands-on learning activities in partnership with the Huntington Library, one of the country’s greatest treasures, that has received national recognition and been a model for other universities. Under Dr. Gray’s leadership, countless students from first-generation, underrepresented or historically underserved student populations have had the opportunity to visit the Library to view rare mathematics written by gender and ethnically diverse individuals. Many of these former students now enjoy successful careers at Disney, NASA, JPL, Silicon Beach startups and academia.

In addition to her scholarly achievements, Dr. Gray also led a 20-year effort to encourage the both Vatican and the government of Italy to recognize Maria Gaetana Agnesi by issuing postage stamps in her honor. Agnesi’s two-volume calculus is the first known surviving book of mathematics written by a woman. Dr. Gray’s campaign, joined by at least 300 students and several dozen colleagues in the U.S. and Europe, resulted in the Vatican and the government of Italy honoring Agnesi this past year by issuing a stamp on the 300th anniversary of her birth.