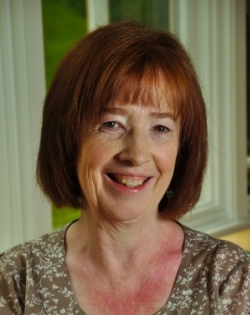 The Department of Folk Studies and Anthropology is pleased to announce that retired University Distinguished Professor of Folk Studies Michael Ann Williams was recently awarded the title Emeritus.

Dr. Williams entered full retirement from WKU at the conclusion of the 2017-2018 academic year after an illustrious career that began in 1986.

Dr. Williams excelled in teaching, research, and service over her 32-year tenure at WKU. A hallmark of her teaching was experiential learning, as she engaged students through projects such as recording oral histories, creating museum exhibits, and preparing successful nominations for listing cultural resources in the National Register of Historic Places. The products of her students’ work have received local, state, national recognition.

An internationally recognized scholar, Dr. Williams penned three books and authored numerous journal articles. She tallied hundreds of thousands of dollars in grants. Recently, she has initiated collaborations and scholar exchanges with folklorists in China, travelling there several times.

Dr. Williams was instrumental in the creation of our department and served as our first head for 12 years. Dr. Williams received the Potter College Award for Public Service. She was president of the American Folklore Society and vice president of the Vernacular Architecture Forum, and she served for decades on state boards and commissions.

Western Kentucky University honors select individuals, upon retirement, as emeritus faculty. These individuals are granted certain rights and privileges in recognition of their honored role in the university community and their ongoing potential for contributions to the intellectual and cultural life of the university.

Recommendation for the emeritus appointment originates in the home department and must be supported by majority vote of tenured faculty in the department. The nomination proceeds through administrative channels to the President, who makes recommendations to the Board of Regents for action. In Dr. Williams’ case, support for her nomination was unanimous, and we are thrilled that she has been recognized with this honor.