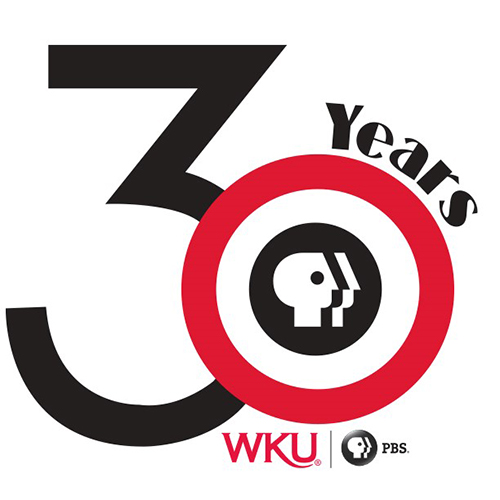 The first-place logo design winner is Reagan Fischer, a junior from Louisville, who was awarded a $750 scholarship. The 30th anniversary logo will be displayed throughout the year on WKU PBS’ television channel (24.1 or 917), digital platforms and promotional materials.

WKU’s public television service signed on the air in 1989 and provides a full range of non-commercial programs, including locally produced music, informational, public affairs and college sports programming; documentaries; and educational programs for children. WKU PBS trains students in television production, programming and operations and is an integral part of the educational experience for many students at WKU. WKU PBS serves southcentral Kentucky, reaching a weekly audience of approximately 200,000 people.