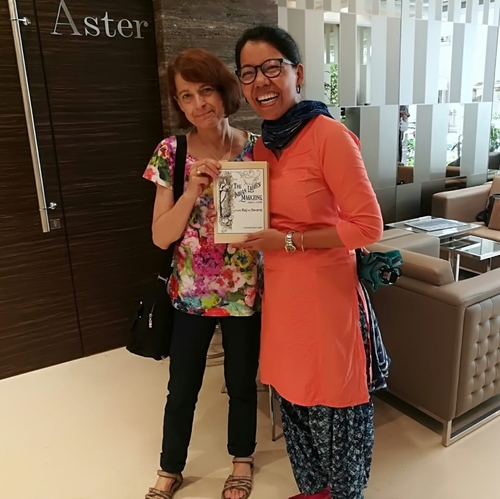 Last year, Dr. Deborah Logan received her second Fulbright award to fund research for her project “The Women’s Press in India, 1860-1940: Imperial Imports and Nationalist Activism.” This project focuses on the importance of imported periodicals on the nationalist movement within India (before their independence) and their influence on Indian periodicals, specifically ones directed by women. After a year overseas researching in India and Great Britain, she has returned to WKU.

Dr. Logan has been interested in the Indian culture for as long as she can remember. She double majored in English and Asian Studies while getting her bachelor’s degree, and her decision to pursue the topic academically came after discovering Harriet Martineau and her writing on the British Empire. This led her to the question, “What do Indian women have to say about themselves?” which further led her to The Indian Ladies’ Magazine, a publication that works to answer the above question.

During her Fulbright sabbatical in the fall , Dr. Logan spent a month in Great Britain and four months in India where she spent most of her time “combing through archives, library records, card catalogues, and uncatalogued materials in search of import, distribution, and acquisition records” according to her project narrative. To her dismay, she realized that very few of these periodicals are available to the public if available at all, while those that are available are often in poor condition. “A great heartbreak for me was in the British Library; there were maybe 10 or 15 woman’s articles in the entire World War II section.” Working to preserve these types of periodicals has become another aspect of her research that she plans to devote a great effort towards.

The Fulbright also required Dr. Logan to give presentations and speeches regarding her work. She presented her paper “The Indian Ladies’ Magazine: from Raj to Swaraj” in Kolkata last December, and noted that Geraldine Forbes, renowned historian of Indian women and culture, was in the crowd.

Dr. Logan’s research is still not completed, with plans to spend her Spring Break in Great Britain and having just signed a contract for a book about the The Indian Ladies’ Magazine, titled The Life Literary: Indian Women’s Pre-independence Writing.