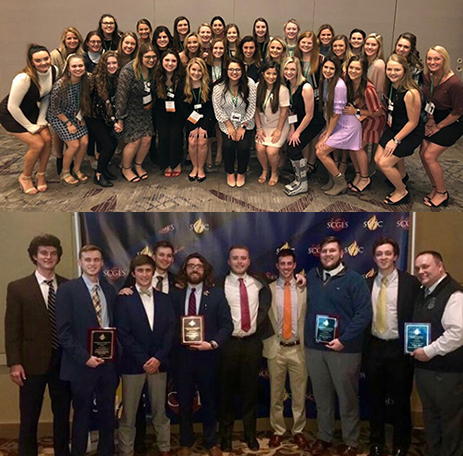 The WKU Panhellenic and IFC councils were recognized during their recent leadership conferences.

“SEIFC provided our IFC group with an outstanding outlook on how to hold our chapters accountable in the movement toward making Greek Life what it is meant to be,” WKU IFC President Wood Brown said. “Not only did we get to hear outstanding and humbling speeches from various speakers, we also had the honor of taking home several awards that showcase how much our IFC does internally and externally at WKU. While IFCs at some universities are struggling to keep their identity, SEIFC provided me with more confidence than ever that WKU Greeks hold themselves to the highest regard. We set the bar high for other campuses to follow. And for that, I could not be more proud.”

The CCWL and SEIFC conferences host Panhellenic and IFC councils from schools all over the country.