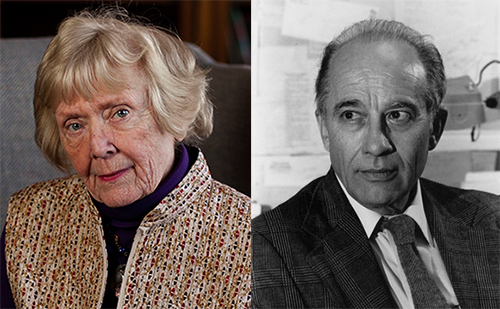 For 21 years, Professor Mary Ellen Miller organized The Celebration of Writing as a way to honor Jim Wayne Miller’s career as a renowned author, poet and teacher. After Professor Miller’s death in June, the WKU English Department renamed the event The Mary Ellen & Jim Wayne Miller Celebration of Writing to honor her life and work, alongside the work of her husband, and created an endowment fund to support The Celebration.

The Oct. 28 event will feature readings of Professor Miller’s work, poetry about her, and tributes to her influence as a writer and teacher followed by a reception and book sale. It will begin at 2 p.m. (CT) in the Kentucky Room of the Kentucky Museum and Library and is open to the public.

The Celebration also includes a poetry writing competition for WKU students. Ten finalists will participate in a workshop with Dr. Cheryl Hopson, author of Black Notes (2013) and Fragile (2017) and Assistant Professor of African American Studies at WKU. Three monetary awards will be presented as part of the Celebration.

Mary Ellen Miller was a Professor of English at WKU for more than 53 years and played a pivotal role in developing creative writing as a minor, major and graduate emphasis within the English Department offerings. In 2015, she became a founding member of WKU’s MFA in Creative Writing Faculty. She established the Winter Workshop in the 2000s, which brought in established writers from the nation at large to work with writers from within the region. She wrote and produced the award-winning Poetry: A Beginner’s Guide, a video that helped make poetry accessible. Professor Miller was also a co-founder of the Robert Penn Warren Center at WKU, which celebrates the work of the Kentucky native who became the nation’s first Poet Laureate.

In addition to her record-breaking decades of teaching and service to the university, Mary Ellen Miller was an accomplished editor and poet. In 2014 she and collaborator Morris Allen Grubbs edited Every Leaf a Mirror: A Jim Wayne Miller Reader, which won a Weatherford Award as one of the best books on Appalachian culture for 2014. Her volume The Poet’s Wife Speaks (2011) won the Old Seventy Creek Press Prize. In May 2017, WKU President Gary Ransdell designated her as WKU’s first University Poet Laureate.

Jim Wayne Miller was a Professor of German language and literature at WKU for 33 years, where he was a member of the Department of Modern Languages and Intercultural Studies until his death in 1996. He served as a consultant to the Appalachian Studies programs in Kentucky, Tennessee and Ohio and was a visiting Professor in Appalachian Studies at the Berea College Appalachian Center.

His books include Copperhead Cane (1964), Dialogue with a Dead Man (1974), The Mountains Have Come Closer (1980), Vein of Words (1984), Nostalgia for 70 (1986), Brier: His Book (1988), and Newfound (1989). Miller was inducted into the Kentucky Writers Hall of Fame in 2015. Other honors include the Alice Lloyd Memorial Prize for Appalachian Poetry in 1967, the 1980 Thomas Wolfe Literary Award, the Zoe Kincaid Brockman Memorial Award, the Appalachian Writers Association Book of the Year Award and the Appalachian Consortium Laurel Leaves Award.

Gifts in support of the annual Celebration may be made to the Mary Ellen and Jim Wayne Miller Celebration of Writing Fund through the WKU Foundation at Western Kentucky University, 292 Alumni Ave., Bowling Green, KY 42101 or by visiting http://alumni.wku.edu/millerwritingfund.

The Mary Ellen & Jim Wayne Miller Celebration of Writing, sponsored by WKU’s Department of English, is held each year during WKU’s Homecoming weekend.