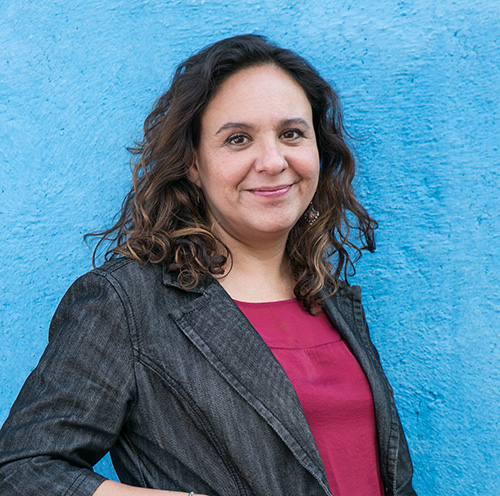 WKU's School of Journalism & Broadcasting will welcome Mexican journalist Marcela Turati to campus in late September as the recipient of the third annual Fleischaker/Greene Award for Courageous International Reporting.

Turati is a reporter for the magazine Proceso, where she reports about human rights, social development and the impact of drug violence and its victims. She is co-founder of the network Periodistas de a Pie (Journalists on Foot), dedicated to training journalists to improve the quality of their journalism and to defend freedom of expression, and she recently founded the organization, Fifth Element Lab, devoted to strengthening investigative journalism in the country.

In 2013, she received the Louis Lyons Award for conscience and integrity in journalism, granted by the Nieman Foundation at Harvard. She was described by the Nieman Foundation as a “standard-bearer for the journalists who have risked their lives to document the devastating wave of violence in Mexico.” For her journalism and work in Periodistas de a Pie she also received the Lasa Media Award and the WOLA Human Rights Award.

She is author of the book, Fuego Cruzado, which tells the stories of victims of the “war on drugs,” and she is co-author and coordinator of the books Infancias Vemos ... Migraciones no sabemos, about migrant child laborers, and Entre las cenizas: historias de vida en tiempos de muerteabout Mexicans who have come together to resist the violence. She has led collaborative projects among journalists related to issues such as kidnapping and the massacre of migrants and participates in efforts among journalists to reduce the professional risks of investigative journalism.

Sponsors Kim Greene and Jon Fleischaker said, “We are so pleased to recognize - and thank- Marcela and to be able to acknowledge her courageous and powerful body of work.”

The Award for Courageous International Reporting is given by the Fleischaker/Greene Fund for Excellence in First Amendment Issues at WKU. The award ceremony and Turati’s presentation will be held at 7:30 p.m. CDT Sept. 27 in Gary Ransdell Hall Auditorium on WKU’s campus. The event is free and open to the public.

For information about Turati’s visit to campus, contact Teresa Jameson in the School of Journalism & Broadcasting office at (270) 745-4143 or teresa.jameson@wku.edu.