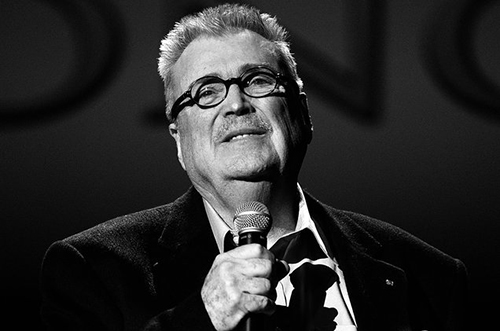 A Scottsville native was named the inaugural recipient of the Norris D. “Norro” Wilson Music Legacy Scholarship Fund. John T. Davis, a music major at Western Kentucky University, was chosen as the first recipient for the memorial fund which was first started a year ago to honor the music legend after he passed away on June 8, 2017, at the age of 79.

Wilson, too, was a Scottsville native and renowned songwriter, producer and record executive collaborating with some of country music’s biggest stars including Tammy Wynette, George Jones, Shania Twain, Kenny Chesney and Reba McEntire. He graduated from Scottsville High School in 1956 then attended WKU, which at the time was Western Kentucky State Teachers College, on a music scholarship.

To honor Wilson’s legacy and his devotion to his alma mater, Dr. Sally Ray and Dr. Roger Vincent established this unique scholarship opportunity at WKU for students who have an interest in working in the music industry in some capacity. “Norro Wilson was a wonderfully gifted and beloved human being who, over the course of his career, was involved in nearly every area of the music business, working as a performer, a songwriter, a song plugger, a publisher, an A&R rep and a producer,” Dr. Ray and Dr. Vincent said. “The Norris D. ‘Norro’ Wilson Music Industry Legacy Scholarship at WKU will ensure that young people for generations to come will know his name and his musical legacy.”

Davis plays several instruments, works community concerts in the area, and intends to pursue music education. “I plan to be able to teach kids the power of music,” Davis said.

Dr. Donald Smith, President of the College Heights Foundation, noted the parallels of Wilson and Davis, “It is fitting that the first recipient of this scholarship is a native of Scottsville attending WKU to pursue a music degree. We are thankful for Sally and Roger’s commitment as this scholarship will honor Norro’s legacy each year as students will be afforded the opportunity to obtain a valuable education and seek opportunities that emphasize their passion for music.”