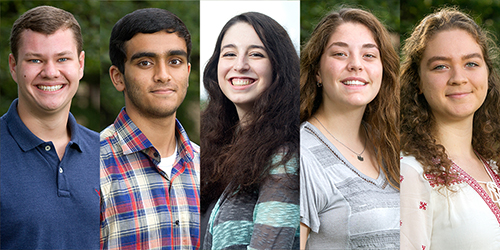 The U.S. Presidential Scholars Program was established in 1964, by executive order of the President, to recognize and honor some of the nation's most distinguished graduating high school seniors.

The 2018 candidates for the U.S. Presidential Scholar from The Gatton Academy are:

“These students represent of our state and their communities well,” states Director of The Gatton Academy, Dr. Lynette Breedlove.  “I am proud of the hard work the students do every day, as they seek out opportunities to challenge themselves through in-depth research, study abroad, and challenging curriculum.  These students demonstrate that Kentucky’s investment in the development of students’ talents is being recognized at a national level.”