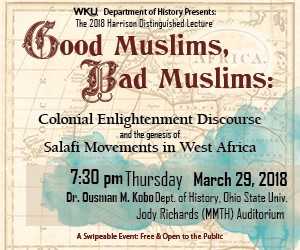 Several WKU students were honored as winners and finalists in this year’s SPJ Region 5 Mark of Excellence awards.

Twenty-six WKU students have been selected as Spirit Masters for the 2021-22 year.