WKU Education professor to be honored at University of Illinois 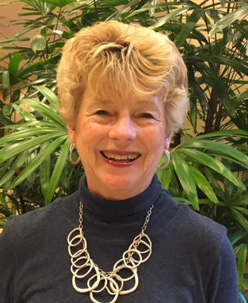 “I am both humbled and honored to be receiving this recognition,” Dr. Stayton said. “My graduate work at the University of Illinois provided with me with a strong foundation to pursue my career as a teacher educator and introduced me to friends and colleagues that have mentored and supported me throughout my university career and continue to do so. With that strong foundation, I have continued to learn and develop as an educator through the relationships with students and colleagues at Western Kentucky University.”

Dr. Stayton will be honored at the Distinguished Alumni & Young Alumni Achievement Awards ceremony in Champaign, Illinois. She earned her Ph.D. in Special Education with an emphasis in Early Childhood Special Education from University of Illinois, Urbana-Champaign, in 1986.

Dr. Stayton spent 27 of her 31 years in higher education at WKU. Beginning her career at WKU in fall 1989, she facilitated development of the blended early childhood education (ECE) and early childhood special education (ECSE) graduate and undergraduate programs and prepared WKU students to teach in the Commonwealth’s preschool, kindergarten and First Steps programs. While at WKU, she brought in over $6 million in state and federal grant funds to support WKU’s programs and other state/national endeavors in ECE/ECSE teacher education.

In addition, Dr. Stayton serves as co-director of the Early Childhood Personnel Center at the University of Connecticut, has presented widely at state, national and international conferences and serves on three refereed journal editorial boards. She is involved in state and national initiatives within her field and is the chair of the Personnel Preparation Council of the Division for Early Childhood, and a member of the Professional Standards Development Workgroup of the Council for Exceptional Children.

A 1970 graduate of Lone Oak High School in Paducah, she received her bachelor’s and master’s degrees and Rank I from Murray State University.

Friday’s ceremony will begin with a reception at 6:30 p.m., followed by dinner. College of Education Dean James D. Anderson, members of the Education Alumni Association, faculty and staff, and friends and family of the recipients will be on hand to honor the awardees.

Dean Anderson said welcoming back accomplished graduates such as Dr. Stayton is one of the highlights of the college’s academic year.

“Our college takes pride in the work they have produced, the research they have conducted, and the impact they have made,” Anderson said. “Those being honored have truly made a difference in their various fields and to education as a whole.”