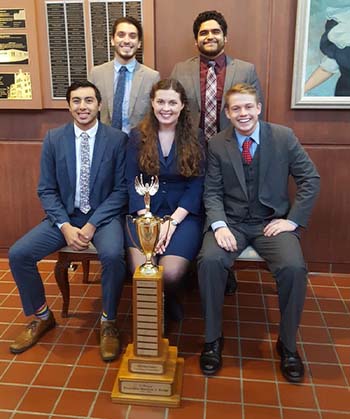 WKU’s squad won both the team quality award and the Limited Entries team sweepstakes awards, marking a high quality of success despite the small size of the squad. WKU also received top Pi Kappa Delta School and the annual traveling trophy. The latter is awarded to regularly returning teams who accumulate sweepstakes points over multiple years, resetting a school’s points after a win.

Next weekend, the team will travel to Peoria, Illinois, for the largest invitational tournament of the semester, hosted by Bradley University.

Results from the 2017 Marshall University “Chief Justice” Tournament are as follows: