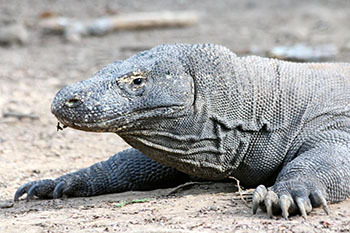 In May, Keeling lectured on the SeaDream II representing the American Geographical Society and WKU, visiting destinations from Barcelona, Spain, to the Cinque Terra, Italy, and points in between.  During the voyage, he lectured on Mediterranean culture and the cause of recent earthquakes in central Italy.

He then lectured on an expedition that circumnavigated Africa, with visits to the gorilla sanctuary in the Virunga Mountains of Rwanda, the winelands of Cape Town, South Africa, the Kalahari Desert in Botswana and Marrakesh, Morocco.  His talks addressed geopolitical challenges in Rwanda, the gentrification of Cape Town and the roots of Moroccan music.

A quick visit in June to Los Angeles to follow up on some transportation developments preceded a long flight down to Bali, Indonesia.  For 18 days he lectured onboard the M.V. Paul Gauguin, again representing the American Geographical Society and WKU, as the cruise visited various Indonesian islands, Timor Leste, Papua New Guinea. Northern Australia, the Solomons, Vanuatu and Fiji.

His multiple presentations ranged from discussions about the Law of the Sea, island geographies, the rise of Indonesia as a political state, changes in Papua New Guinea post-independence, World War Two battles in the South Pacific, and the Indian diaspora in Fiji, and he hosted several dinner round-table geography discussions along the way.

In July, Keeling headed back to Europe to continue research on rural accessibility and mobility in England, followed by a visit to southern Portugal to explore the decline of rural villages in the historic cork-producing region of the Algarve.  He also began writing a new monograph on the geography of rock and roll that features critical musical developments in 1960s Britain emanating from cities such as Liverpool, Birmingham, Newcastle and London.  While traveling across the continents, he completed final edits on a forthcoming chapter analyzing the cultural identity of Argentina from a geopolitical perspective, in a book due for publication in October by Rowman and Littlefield (https://rowman.com/ISBN/9781442264762/Scaling-Identities-Nationalism-and-Territoriality)

Much of the visual material collected during these summer adventures will be featured in a new course that Keeling developed for the Colonnade Connections program, titled Visualizing Geography (GEOG 225), that will be offered in the Spring 2018 semester during the second bi-term.