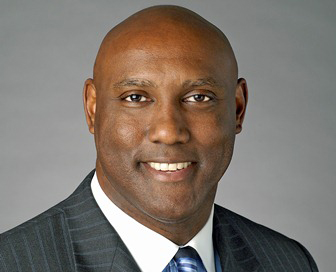 Kentucky Gov. Matt Bevin has appointed George Nichols III of Potomac, Maryland, to the WKU Board of Regents.

Nichols, a 1983 WKU graduate, will be sworn in during the board’s July 28 meeting.

He is senior vice president in the Office of Governmental Affairs for New York Life Insurance Company. He served as Kentucky Commissioner of Insurance and special advisor to Kentucky Gov. Paul Patton and also as executive director of the Kentucky Health Policy Board during the Patton Administration.

He currently serves on the Alice Lloyd College Board of Trustees and is a director of the U.S. Chamber of Commerce.

“George and his wife, Cynthia, have been long-time friends and supporters of the University,” WKU President Timothy C. Caboni said. “He has remained closely connected to Kentucky and actively involved with WKU throughout his career. His business expertise and professional experience will be incredibly valuable to our board and to me as we embark on a new strategic planning process.”

Regents Chair Freddie Higdon of Lebanon, Ky., said, “George will be an excellent board member and contributor as WKU begins its newest chapter under the leadership of President Caboni.”