A total of 14 colleges and universities from Ohio, Kentucky and Western Pennsylvania competed in civil engineering competitions.

“This year’s team really stepped up their effort to bring home the victory,” said Professor Matthew Dettman, concrete canoe team faculty advisor. “Our region has really improved in the canoe competition over the last several years, and we really had to bring an outstanding product in order to win. Every phase of our team was extremely well prepared from the design paper to the oral presentation to our paddlers. It was a total team effort. I couldn’t be more proud of this group of young men and women.”

WKU finished first overall in the steel bridge competition and advanced to the National Student Steel Bridge Competition at the University of Missouri-Kansas City on May 23-24. This is the third year in a row that the team qualified for the national competition. The team placed first in stiffness, display and structural efficiency, and second in construction speed, economy and lightness.

“The students, using the knowledge gained from last year’s trip to the national competition and engineering coursework taken at WKU, designed and constructed an innovative truss bridge structure,” said Dr. Shane Palmquist, steel bridge team faculty advisor. “The team was truly dedicated and unified, practicing hard to win the competition. I am extremely proud of them and their accomplishment.”

WKU teams finished first and second in the balsa wood bridge competition. This was the third year in a row that WKU won this competition. 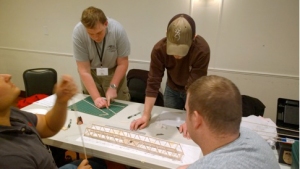 Team advisor, Dr. Warren Campbell, said: “Two bridges from WKU were summited for this competition, and the bridge summited by the first four team members held an amazing 40 percent more load than any other bridge in the competition.”

WKU finished first in the geotechnical engineering competition. Team members include Ben Mullins of Waynesburg; Justin Hopkins of Russellville; Drake Riley of Bowling Green; Lindsey Gadberry Phelps of Somerset; Jessica Collins of Somerset; and Ryan Spaulding of Springfield. The competition was to build a mound of soil the fastest and tallest using the least reinforcement as possible. 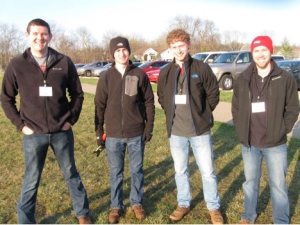 WKU finished second in the concrete bat competition. Team members include Trey Baston of Tompkinsville; Aaron Smith of Somerset; and Allen Brown of Monticello. The competition was to construct a reinforced concrete bat. Judging was based on bat aesthetics and lightness as well as the distances that balls were hit during the competition.

Jeremiah Short of Greenville, Dalton Hankins of Greenville and Daniel Hammer of Tompkinsville competed in the civil site design competition to create a design in AutoCAD according to the specifications provided. Judging was based on accuracy, speed and the process used to create the layout and drawings.

Michael Pickett of Radcliff, Elijah Garcia of Chino Hills, California, and Megan Jones of Glasgow participated in the environmental engineering competition to design and construct an apparatus to filter contaminants from a water supply in a cost effective and efficient method.

David Miller of Louisville participated in the technical paper competition that involved writing a paper and giving a professional presentation on a civil engineering topic. The topic this year was should the design engineer of record who signed and sealed the plans be held responsible to any degree for injury or death to builders or bystanders that occur during construction. 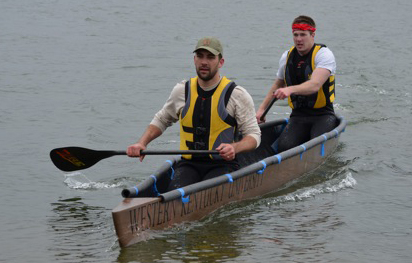 Concrete canoe prior to the beginning of the races. 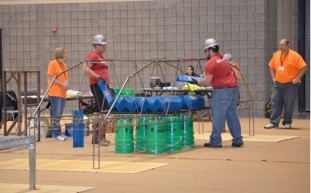 Steel bridge being load tested at the regional competition. From left: Blake Adams and Ben Mullins. 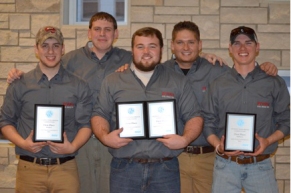