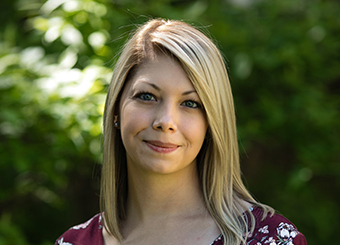 Jessica Canada Wellman always wanted to do well in school while growing up in Williamsburg, but the past two years at WKU may have exceeded her own expectations.

“I didn’t set out initially to get these types of awards. I didn’t even know they existed,” said Wellman, the daughter of Kimberly and Gary Canada. “Had anyone told me coming in that this would happen I never would have believed them.”

The first-generation college student might not have believed she would have ended up at WKU, either. But during an Admissions open house event on campus, she learned about study abroad opportunities offered at WKU, including Semester at Sea.

“I was really into the idea of study abroad,” she said. “I had never been on a plane before, been out of the country. Still I’ve been to more countries now than I have states because of WKU and all the opportunities they offer to study abroad.”

She participated in the Semester at Sea program during fall 2013 and faculty-led programs to South Africa in January 2016 and Costa Rica in March 2017.

A graduate of the Mahurin Honors College at WKU, she received concurrent bachelor’s degrees in Management and Economics in May 2016 and is receiving her master’s degree in Applied Economics this week. She also married Gregory Wellman last June, moved to Nashville, Tennessee, and has commuted to WKU for classes and a graduate assistantship in the Department of Economics.

The next year, however, may be just as busy for Wellman.

After being awarded a Fulbright Scholar Research Grant, she will be spending the 2017-18 academic year in South Africa studying how land grants are used for poverty alleviation. When she and her husband return from Johannesburg, they will be moving to the University of Virginia where she will pursue her doctorate in economics.

“Getting the Fulbright I think is due in large part to the study abroad I took to South Africa in January of 2016,” she said, noting that what she learned about South Africa’s economic history helped shape her Fulbright grant proposal.

As an undergraduate, Wellman also received several academic awards and scholarships, made presentations at research conferences, was a member of several organizations and honor societies and completed an internship in global labor relations at Caterpillar Inc.’s corporate headquarters. She was a co-founder of The $100 Solution House and serves on The $100 Solution Executive Board of Directors.

Wellman’s long-range goal is to teach on Semester at Sea. “I think that’s really what sparked it for me and when I really started caring about things outside my immediate proximity,” she said of her voyage around the world. “That’s where the world opened up for me.”