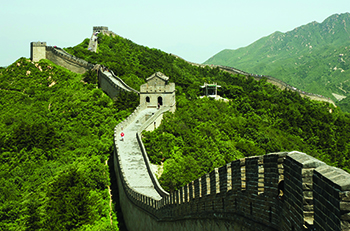 Founded in 1975, Kentucky Institute for International Studies — a non-profit consortium of colleges and universities in Kentucky and surrounding states — is dedicated to providing exceptional and affordable faculty-led study abroad programs for students from diverse backgrounds. KIIS believes study abroad should be an integral part of any degree program, regardless of academic discipline, and should prepare students to be globally competent upon graduation. KIIS sponsors 25 summer, four winter, and four semester programs and is housed on the campus of WKU.  In 2017, KIIS has awarded $78,950 in student scholarships.

Twenty-one Gilman Scholars in a single year is the most ever for KIIS.  In the four years prior to 2017, KIIS has averaged nine Gilman recipients per year; since 2013, 58 KIIS students have received the Gilman. The 21 KIIS Gilman Scholars in 2017 hail from 12 colleges and universities and represent over a dozen academic majors, including Biology, Broadcasting, Education, English, Health Care, History, Music, Nursing, Political Science, Psychology, Public Relations, Social Work and Spanish.

Gilman applicants are asked to address the impact their study abroad program will have on their academic, professional, and personal goals. Here are some remarks from the Summer KIIS Gilman Scholars:

Caitlin Crabtree: “It is an honor to be awarded the Gilman Scholarship! I never thought I would have the opportunity to study abroad in college; financially and academically, it seemed impossible. In just a few weeks, I will be traveling outside of the U.S. for the first time.”

Kyndra Howard: The Gilman “has impacted my self-worth by showing me that I can achieve monumental things with proper support, dedication, and determination… For my service project I will be visiting TRiO Student Support Service's UNV 101 course to educate first-generation, low-income students about study abroad, the Gilman Scholarship, KIIS, and how to make studying abroad possible. I selected KIIS not only because they offered the courses, program length, and country I desired, but also because it is a trusted Kentucky program.”

Andrew Sexton: “I am most looking forward to improving my language skills. I want to become more fluent in the Spanish language. I know that we will also be given some cooking classes, and we will also get to do some traveling within the Yucatan as well, visiting places of historical Mayan significance.”

Many of the KIIS Tanzania applicants selected their program because they could take a hand-on health-related practicum course. More: WKU news release about KIIS Tanzania’s global healthcare impact.

Rachel Fisher: “I am looking forward to shadowing doctors at a hospital and volunteering at the orphanage the most.”

Jade Haywood: “I selected the KIIS Tanzania program because after doing research and meeting some people that previously went to Tanzania I was thrilled to know the contributions they made and what they learned while in Tanzania. From donations to the orphanage and hospital, to gathering research on the AIDS epidemic in Africa, I too wanted to be a part of such a gratifying experience that I know will humble and teach me in ways no text book can.”