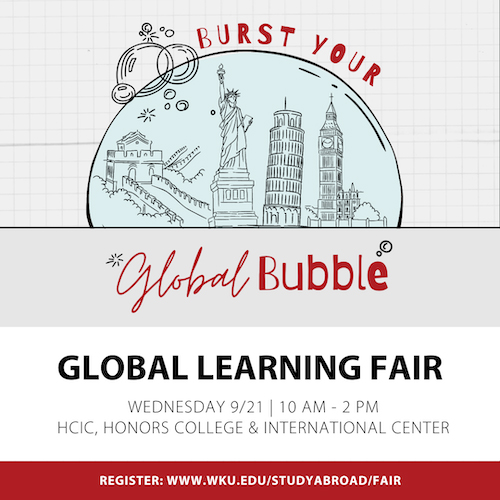 This event will feature booths with study abroad program providers, faculty-led program leaders, on-campus partners, and peer advising. The purpose of this event is to educate students about the ample global learning opportunities at WKU as well as the resources provided by WKU Global.

WKU offers several scholarship opportunities and a wide variety of global learning (options including on-campus, within the United States, and international). All students that check in at the fair will be entered to win a $1,000 scholarship for a WKU study abroad program to be applied on or before 2023.

Students can pre-register for the Global Learning Fair at https://www.wku.edu/studyabroad/fair/ for schedule and more details.