In physics research, we still make measurements occasionally with our natural senses alone using our eyes and ears as detectors. However, you won't find physicists today carrying out experiments like Geiger and Marsden did when working with Ernest Rutherford on the gold foil experiment to better understand the nature of the atom. They used a Zinc Sulfide screen to detect the presence of alpha particles that had scattered from the gold foil, spending hours upon hours counting, by eye, scintillations of light created when the alpha particles passed through the screen. The ZnS acted as a sensor in their experiment, converting the presence of an alpha particle into a flash of light that could be counted. That is what sensors do.  They convert one physical phenomenon that you want to measure into another  that can be easily measured.

Today you will find sensors all around you. Usually they convert the physical phenomena you want to measure into voltage or current.  They are in your appliances at home, in your automobile, on the factory floor, in research laboratories and in the smartphone that you are likely carrying around in your pocket. Sensors add intelligence and awareness to your smartphone allowing it to measure acceleration, rotation, magnetic fields, pressure, proximity and more. These sensors have been miniaturized into MEMS (micro electrical mechanical systems) devices on an integrated circuit (microchip) and have been designed to take up minimal space and use minimum power. 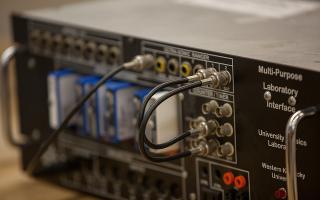 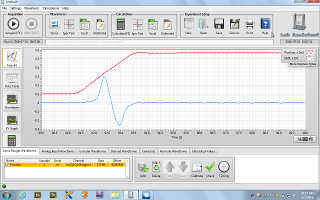 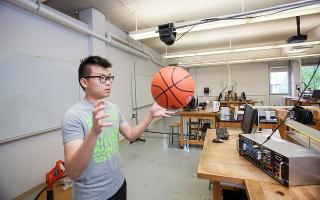 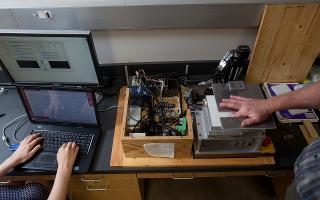 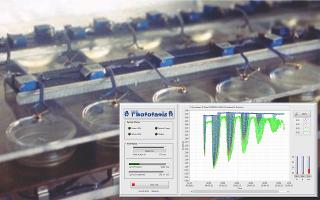 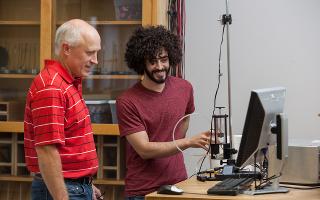 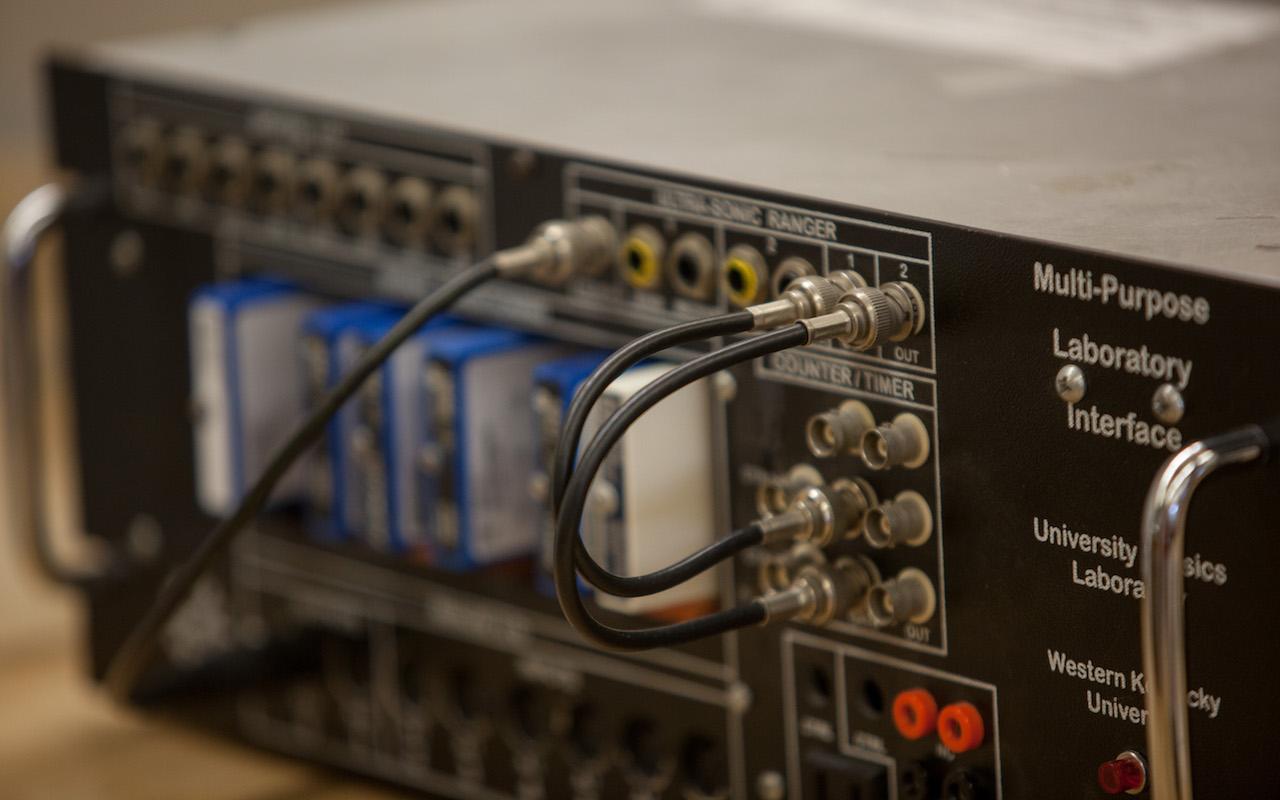 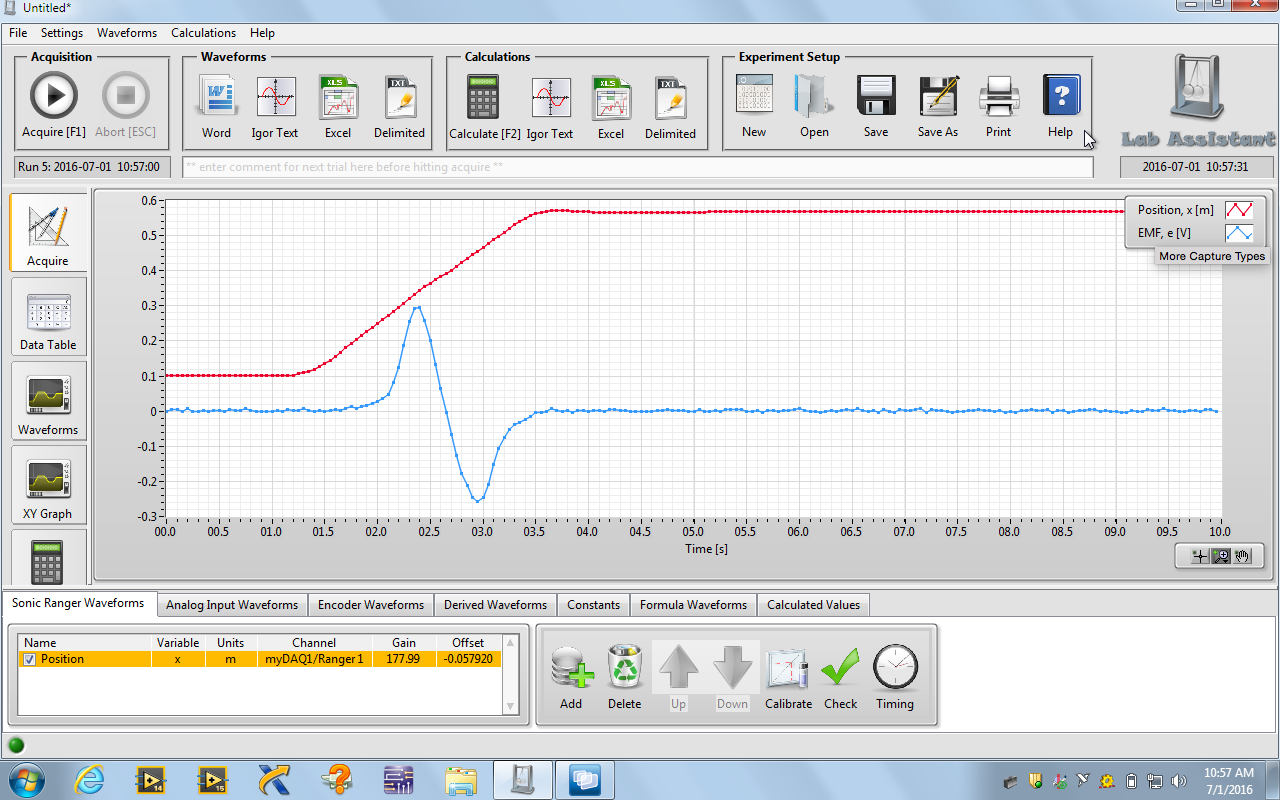 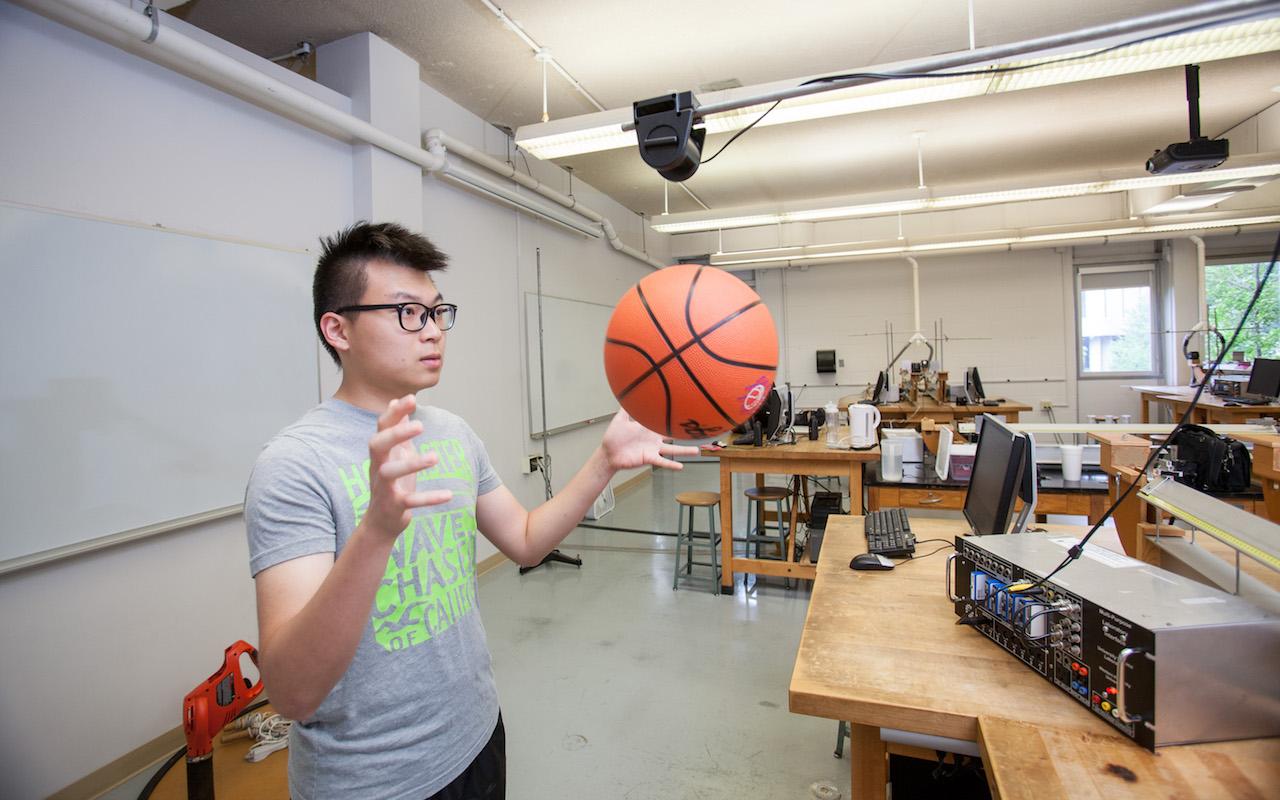 A student uses Physics Lab Assistant software to measure the acceleration of a tossed basketball in the University Physics I Laboratory. 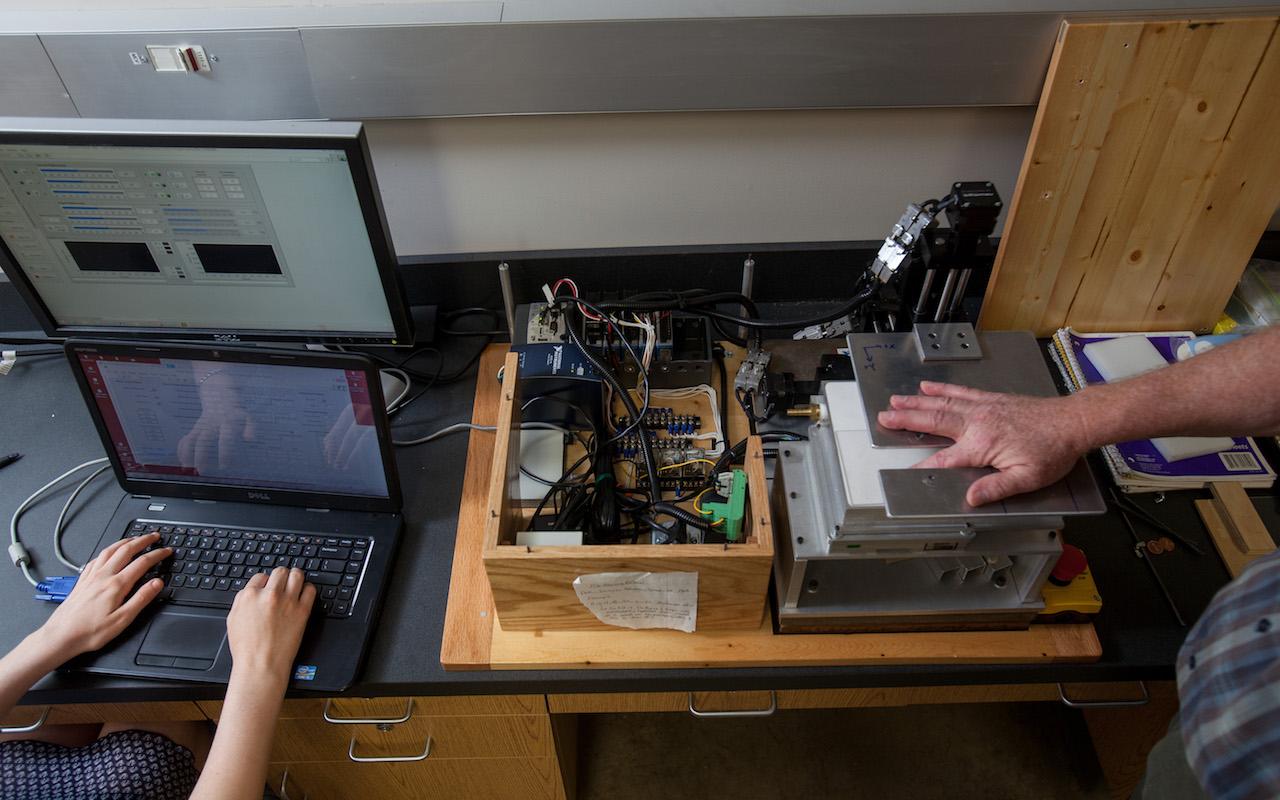 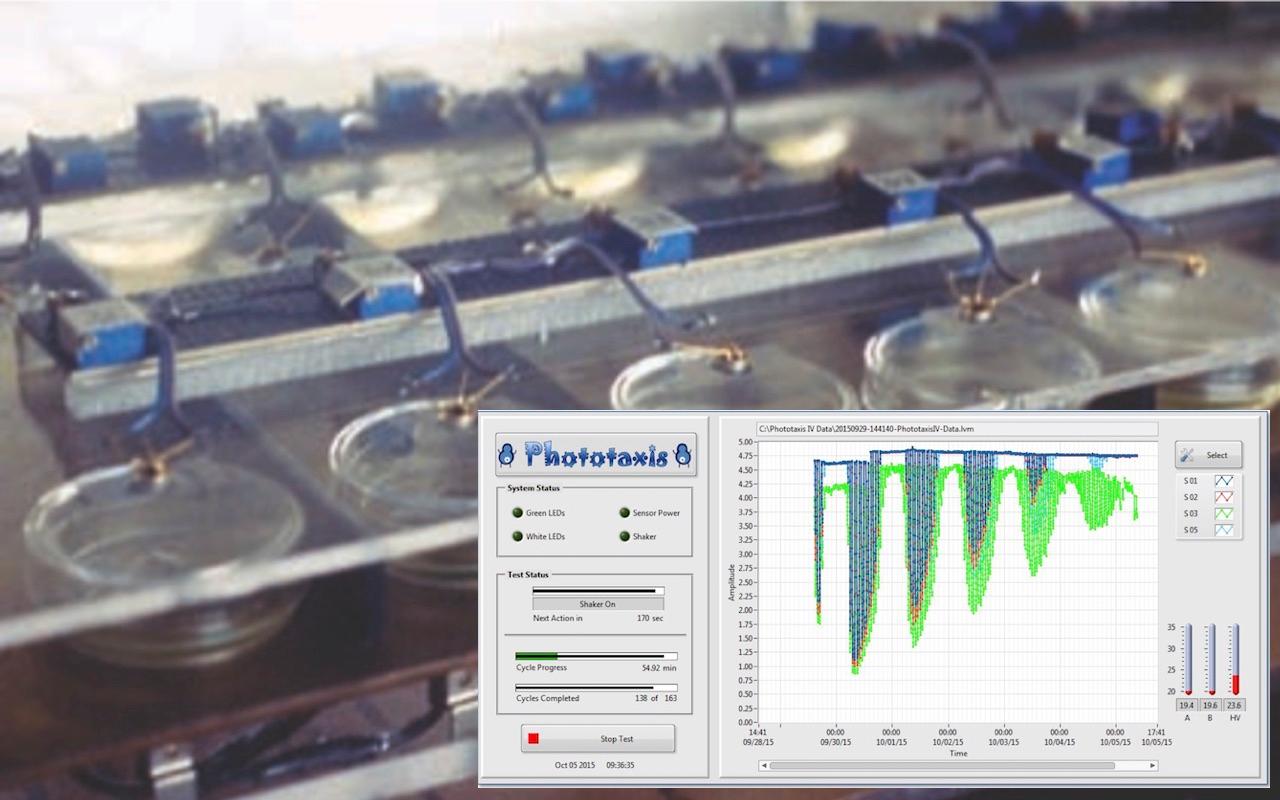 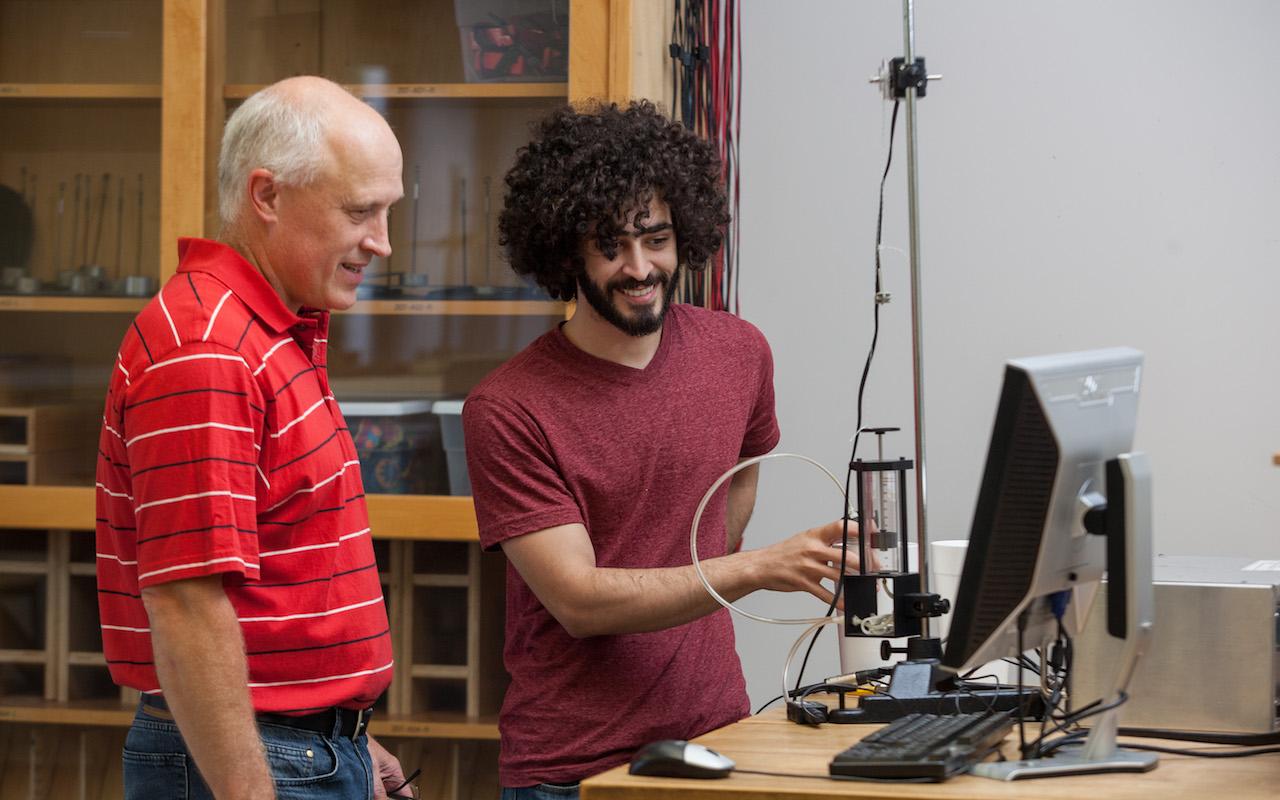 When sensors are combined with software and hardware to allow a computer to make measurements it creates a data acquisition system. Dr. Doug Harper has expertise using data acquisition systems to allow researchers to perform experiments that they could not easily carry out otherwise. He is a Certified LabVIEW Architect and teaches a course called Data Acquisition Using LabVIEW (PHYS 318) where students learn how to use LabVIEW to make measurements and control systems and have an opportunity to obtain LabVIEW certification themselves.

The University Physics Laboratory at WKU uses LabVIEW and a variety of sensors to help students make measurements.  Some examples are shown in the gallery above and in the video below which shows the measurement of the postion (red) of a magnet and the emf (blue) it induces as it passes through a coil.

Dr. Harper and his students have worked with a variety of researchers in Ogden College to provide data acquisition systems that enable improved data quality from their experiments. A few examples of some recent projects include: