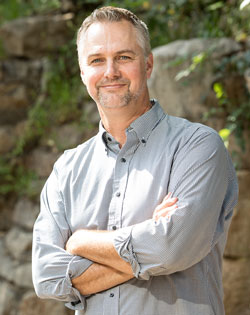 Paul Hondorp is Director of Choral Activities and Professor of Music at Western Kentucky University, where he directs three university ensembles, teaches conducting and graduate literature. A California native, Hondorp completed degrees at Cal State Long Beach (BM), Temple University (MM) and Michigan State University (DMA).   Dr. Hondorp has taught at the community college and high school level, and has directed church choirs in California, Pennsylvania and Michigan.  He has been Director of Music at First Christian Church of Bowling Green since 2004.

Hondorp has served as an adjudicator, clinician and guest conductor for festivals of the American Choral Directors Association (ACDA) and the Music Educators National Conference (MENC) in numerous states. International invitations include work in Taiwan, Singapore, Hong Kong, Honduras and Canada.  He was chosen as a 2017 International Conductors Exchange Program Fellow and will travel to Costa Rica in 2017.   His book Choral Error Detection:  Exercises for Developing Musicianship was published in January 2015 by Carl Fischer Music.

Hondorp is President of the Kentucky ACDA, having served in state and divisional Repertoire and Standards position. He also serves as state representative and founding member of the National Collegiate Choral Organization.

A lyric tenor, Hondorp sings regularly with the Dallas-based professional chamber ensemble Vox Humana under the direction of Dr. David Childs, and performed with Oregon Bach Festival Chorus under the direction of Helmuth Rilling for seven summers. He served on the faculty of the Berkshire Choral Festival in Sheffield, Massachusetts.   Professional recordings include ensemble performances with Vox Humana (Naxos), the Oregon Bach Festival (the late masses of Franz Joseph Haydn, Hännsler Records), and solo work for an educational series of compact discs by GIA Publications.